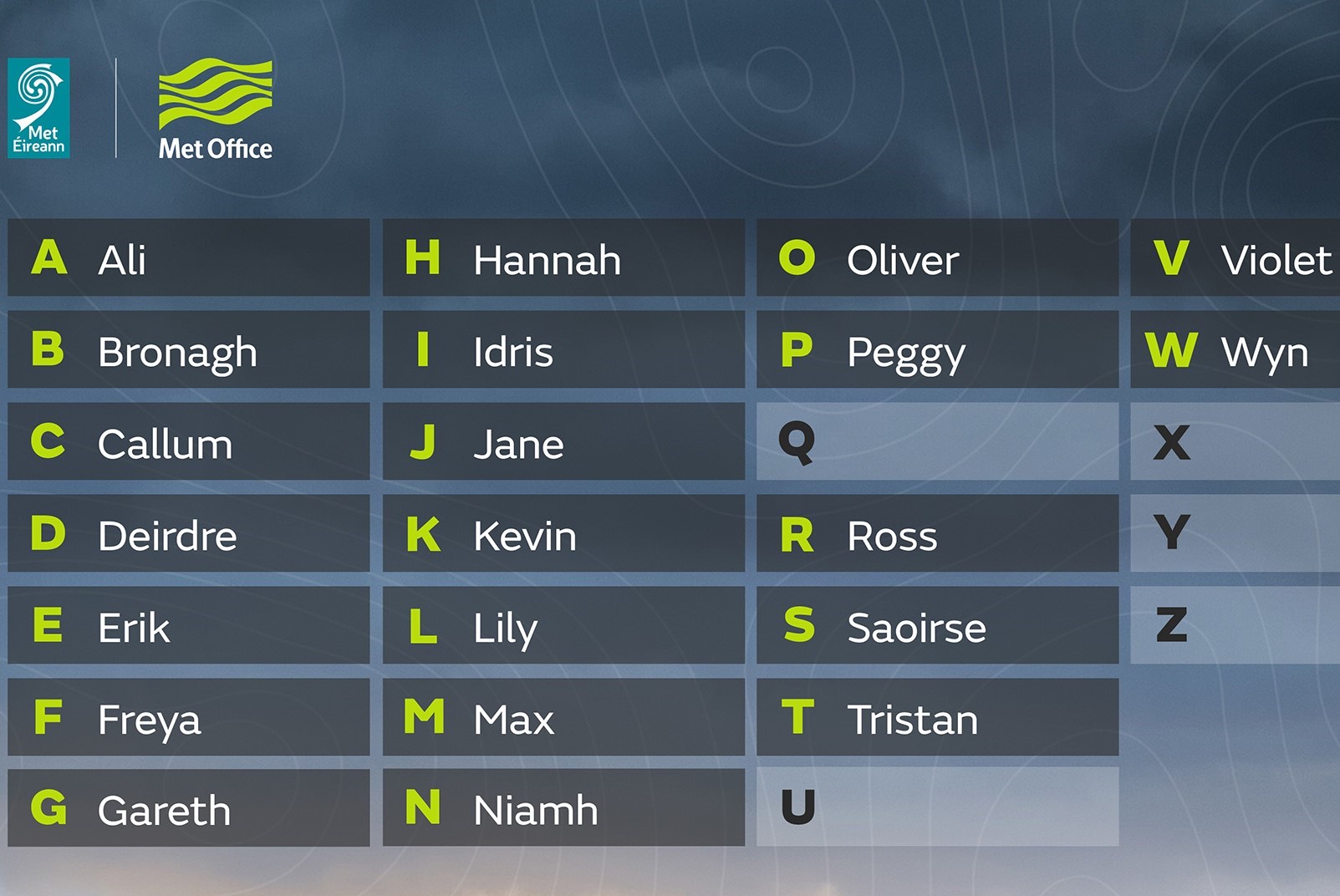 The Met Office and Met Eireann have released their storm names for season 2018/2019.

The first storm of the year will be male and will be named ‘Ali’ – the gender of the first storms alternates each year and follows Aileen from the 2017/2018 season. This gender pattern was established by the US National Hurricane Center in the 1970’s.

The 2017/2018 season saw ten storms named, doubling the amount of named storms from the previous season. According to the Met Office – ‘A storm will be named on the basis of 'medium' or 'high' potential impacts from wind but also include the potential impacts of rain and snow, i.e. storms will be named for weather systems which we expect an Amber or Red warning will eventually be issued by Met Éireann and/or the Met Office’s National Severe Weather Warning Service (NSWWS).’

The question remains – how many named storms will we see during this coming season?