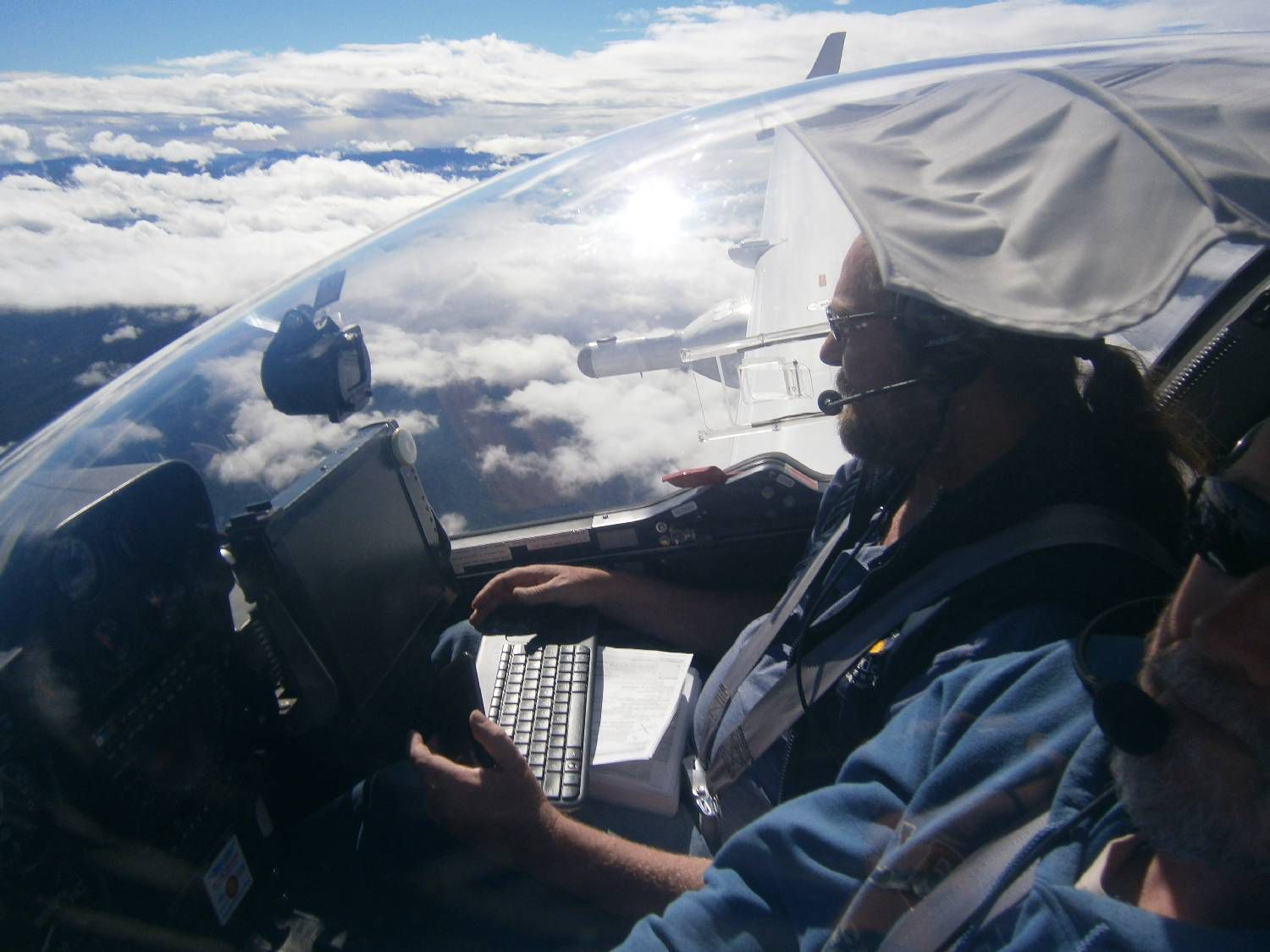 The cockpit of a small aeroplane is the perfect vantage point for an environmental scientist. Flying above the rainforest canopy of tropical Far North Queensland, the view to the horizon shows the forest across rolling hills to the horizon.

The cockpit is small, a snug fit for the two scientists aboard – one focusing on flying the plane along the pre-planned survey lines, and the other constantly checking that the scientific instruments are operating correctly and configured appropriate to the data that’s now flooding into their solid-state hard disks. Both are concentrating on a complex set of tasks to keep this airborne science lab operating, so there’s less time than you might think to just sit back and enjoy the view. It’s hot and quite bumpy, 600 metres above the hills. Normally at this time of year the air is, as they say, so clean you can hardly see it, but now widespread bushfires across the region are raising dense plumes of light grey smoke, mixing through the boundary layer and merging with a shallow layer of scattered cumulus a few hundred metres above. Today these are low fires, mostly consuming the leaf litter and unusually dry understorey – running partway up the trunks of the trees and occasionally breaking through to the forest canopy but not to the point of “crowning”, when the fire travels through the canopy. Little flame is visible from above, hidden by the upper layers of the forest, but the smell of burning forest fills the unpressurised cabin. 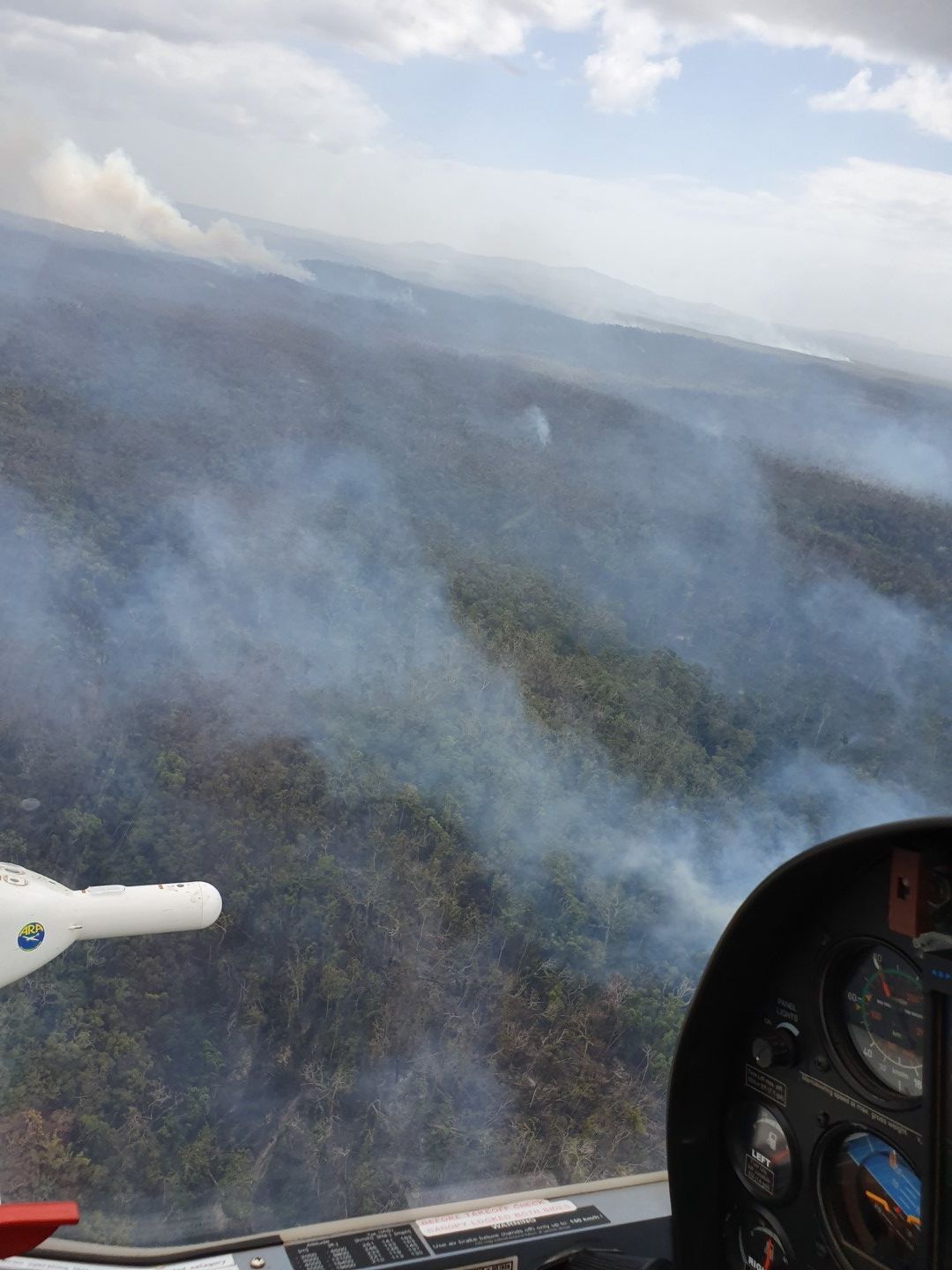 It’s September 2019, and ARA is working with the Iron Range Research Station, at Lockhart River  near the northern tip of Cape York Peninsula in Queensland, to collect imagery and lidar data of the forest structure to quantify the impact of two recent tropical cyclones on the rainforest. May’s unseasonal Cyclone Ann caused delays in the aircraft’s deployment, not just by bringing bad weather but by damaging roads and infrastructure required to bring fuel and supplies to this remote settlement. Configured with instruments specifically for this study, in addition to normal RGB and near-infrared high resolution cameras the aircraft is carrying a science grade full-waveform lidar to record the shape and density of vegetation and the ground beneath. It’s able to resolve individual vehicle tracks in the ground, the nesting mounds of brush turkeys, and every major limb of each tree. There is also a hyperspectral linescanner and thermal imager to make a complex suite of instrumentation keeping the operator extremely busy. 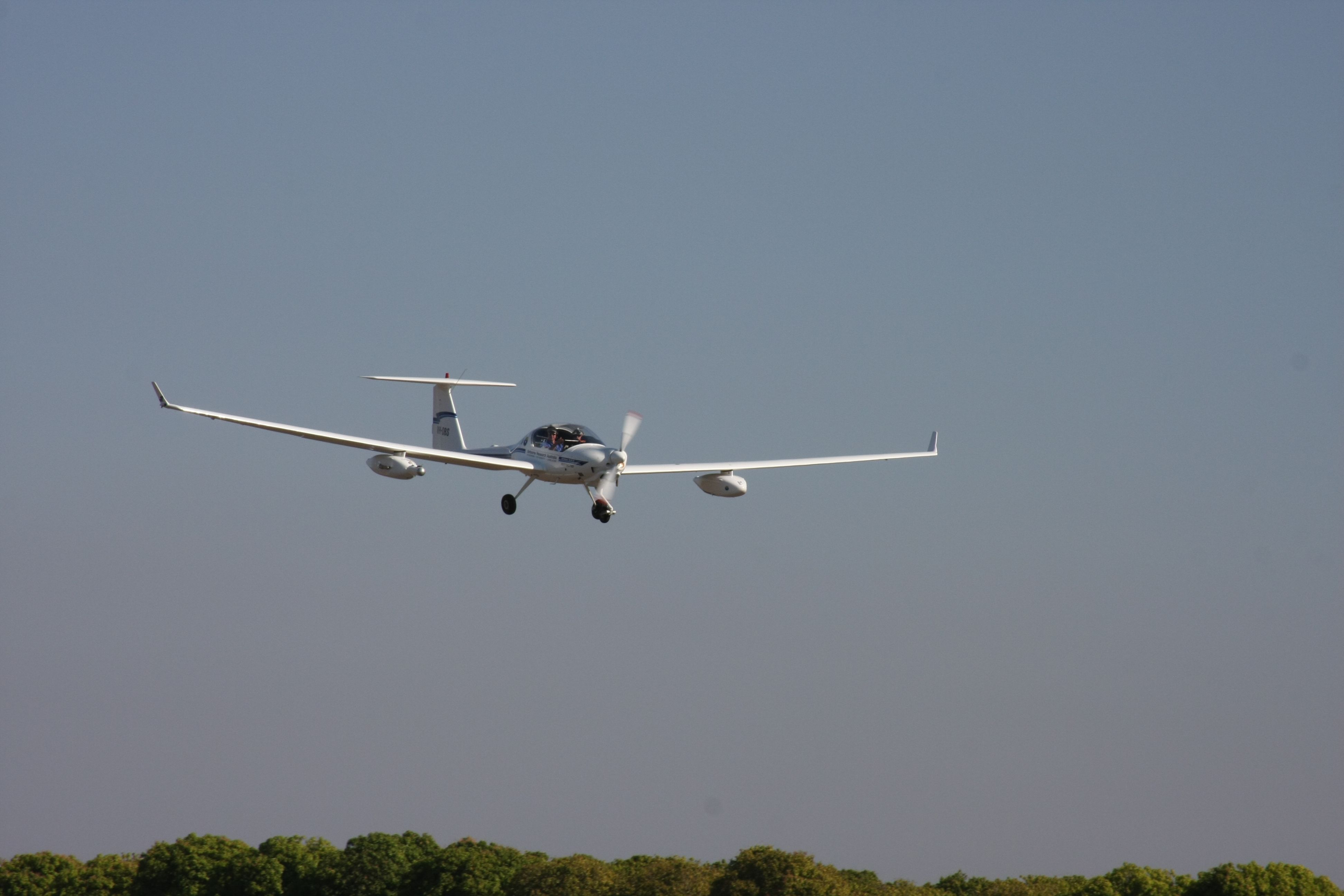 For some projects, ARA aircraft collect meteorological data – high resolution 3-D winds at scales sufficient to resolve turbulent structures, temperature, trace gases and aerosol properties. These would all have been of scientific interest for the current fires, although the current study wasn’t set up for that. The remote sensing instruments, however, are able to shed much light on the developing situation in Cape York. As well as clearly mapping the location and progress of the active parts of a fire, as shown in the figure below with sub-metre resolution, it provides insights into the water stress state – and hence flammability – of the unburnt vegetation.

The HK-36 “Eco-Dimona” is a very special aircraft. Rather than a regular plane co-opted to carry environmental sensing instrumentation, Diamond Aircraft designed and built the Eco-Dimona specifically as a sensing platform. Only seven of the type were ever built, and ARA has two – appropriately registered with the Australian aviation authority as VH-EOS and VH-OBS. The large under-wing pods carry a suite of instruments selected for any particular project in a very low-vibration and stable manner, while the aeroplane itself is much quieter and less polluting than is typical of aircraft of this size, with a 17-metre wingspan, over five hours of endurance and the ability to operate from just a few metres above the surface up to seven kilometres.

Field work in remote locations comes with its own challenges. Logistics for fuel, transport, accommodation, access to restricted areas, scientific data processing support can all vary from trivial to insurmountable and may impact the design of an experiment. The day ARA arrived at the Iron Range Research Station, one of the other scientists was attacked in the kitchen by a wild dog and featured in the national news.

Hyperspectral imaging can offer much deeper analysis of an active fire and its fuel. In this example, wavebands in the SWIR range completely penetrate the smoke of a fuel reduction burn in eucalypt forest in South Australia to clearly locate both burnt and unburnt vegetation as well as the active fire. 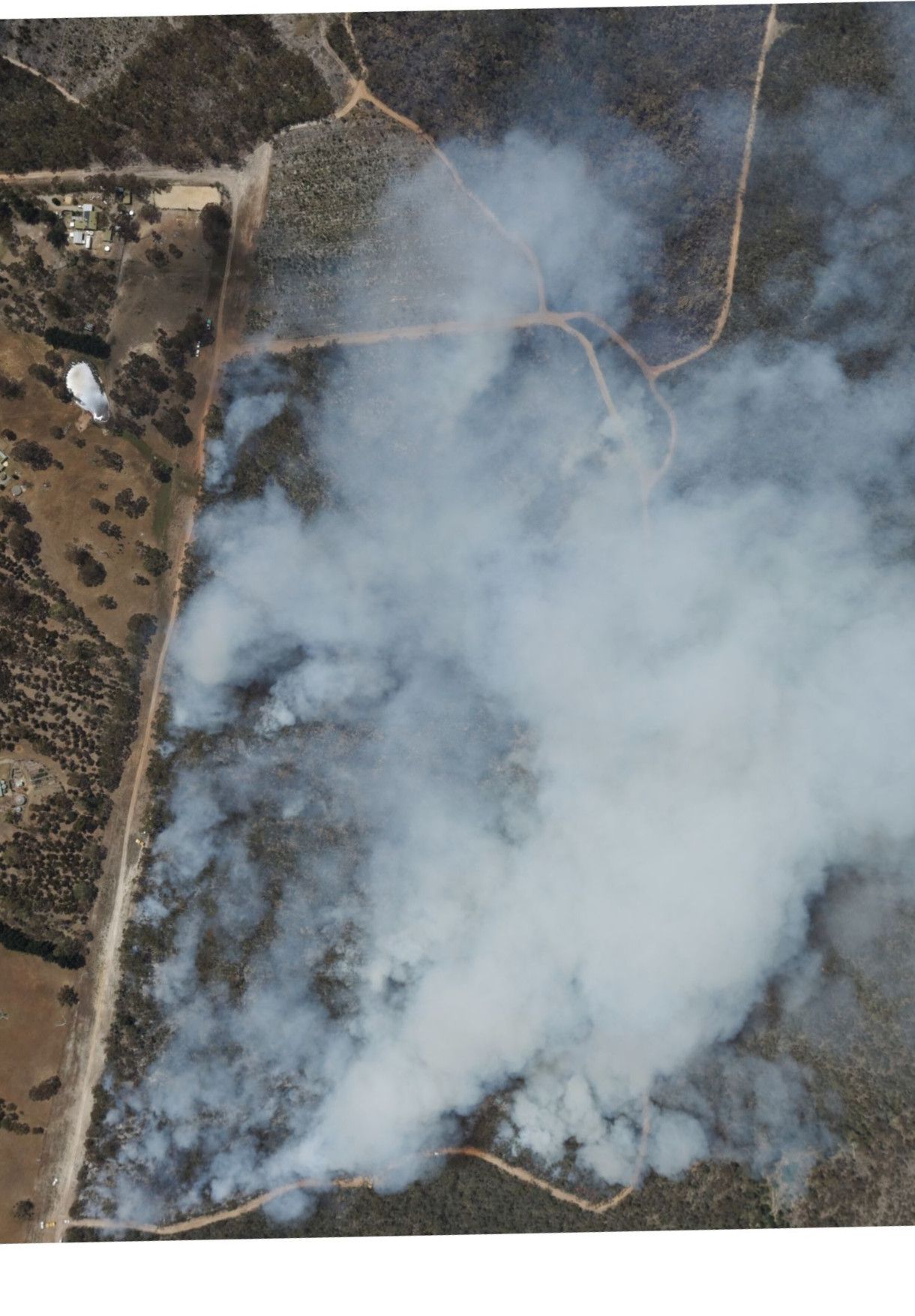 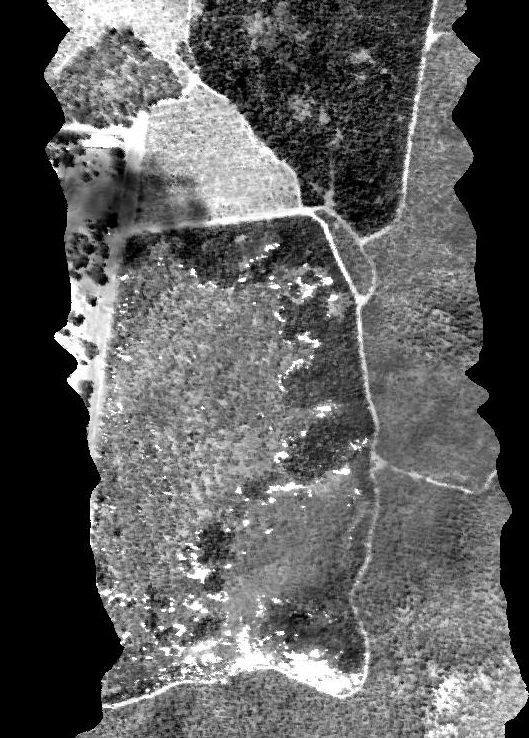 A day of flying to collect data is normally followed by an evening of QA and preliminary analysis to secure and confirm that data that’s been captured. Mostly, though, the deeper insights need to await later work back at the office. 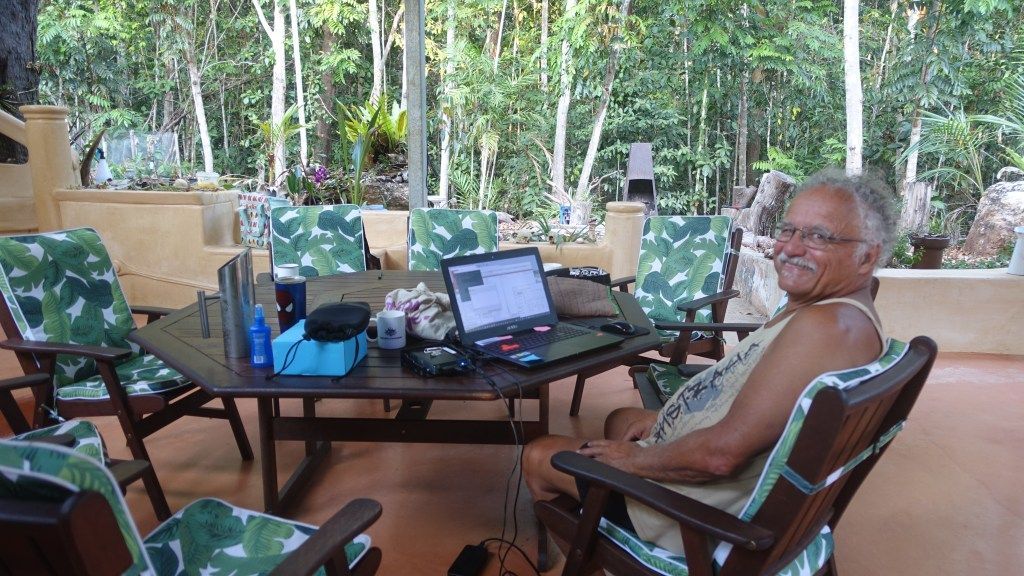 As exhilarating as it is to actually do the field work of collecting the data, immersed in and overlooking the environment under study, it is normal that most insights emerge from the processing that follows. In the case of lidar, dramatic findings can be immediately apparent when even a simple digital elevation model emerges to reveal structures previously hidden by vegetation.
Lidar can virtually strip away even dense tropical vegetation to reveal persistent ground features such as these 19th century gold mine tracks and excavations here on Cape York. The aerial photography is what the naked eye can see, with the lidar-derived elevation model of the same area below.

An Eco-Dimona cockpit may be snug but it’s comfortable, and the large clear canopy provides an unrivalled view of the environment under study to both scientists aboard. Personal presence and interpretation of the measurement conditions, to optimise settings and control the instruments, gives a remarkably enhanced sense of connection to the data for the scientist analysing it. This can be invaluable for understanding in post-processing – but the detail revealed only by subsequent analysis can still be draw gasps of surprise and admiration from the same scientist.

You can see more about the work of the ARA in this film .

Airborne Research Australia (ARA) is a not-for-profit research institute linked closely to the Flinders University of South Australia and doing environmental research (meteorological and remote sensing) from dedicated, specially designed and instrumented aircraft. ARA depends on charitable donations to continue its work.
Thanks to Keith Cook and staff at the Iron Range Research Station at Lockhart River, Queensland for their hospitality and assistance.