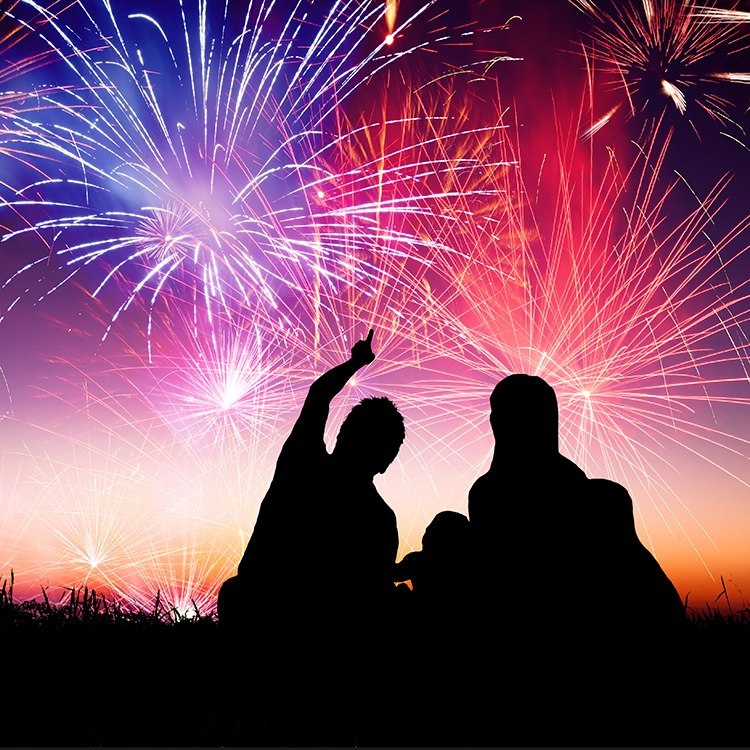 Bonfire Night 2019: What does the weather have in store for us?

Whilst many animals may not be fans of fireworks, for many people a firework show can bring lots of enjoyment. Adults and kids alike can marvel at the colourful spectacles, full of sparkles and billowing shapes that satisfy our primordial interest in shiny things.

In the UK, the nights leading to the 5th of November and Guy Fawkes’ Night may be accompanied by a wealth of pyrotechnics but they are also when we experience some of our not-so-brilliant British weather. The Met Office forecast for the 2019 Bonfire Night is one of clouds and some patchy rain showers with a northerly breeze, bringing chilly temperatures from Scotland to The Midlands. Considering this, could your fireworks show be affected by the weather? If so, how?

Whilst an audience might be less than eager to stand around in the rain, according to the UK Firework Review (UKFR), rain is not normally a problem for the fireworks themselves. The rockets used for the displays contain an internal fuse that is isolated from the water droplets. The only potential problem rain could cause for a firework display is if the external fuse got too wet before the rocket is lit. Low cloud can be an issue for higher fireworks, which can attain altitudes of over 300m – very low cloud or fog could obscure these.

Can fireworks affect the weather?

And what about the effect of the fireworks on the weather? Substantial firework displays are frequently followed by thick fogs. The smoke released by bonfires and burning fireworks can act as Cloud Condensation Nuclei where water vapour molecules condense onto microscopic particles, such as smoke, forming clouds. In addition, when the skies have been clear for the fireworks, the ground can effectively lose its heat to space. This is turn cools the air nearest the ground and can lead to a temperature inversion. The less wind there is, the longer it will hang around for.

Be safe and take your coat!

Whatever the weather brings for fireworks night this year, be sure to be safe. Most importantly, wrap up warm and make sure to bring that waterproof with you!

Are you as weather obsessed as we are? To get the latest updates from theWeather Club, direct to your inbox, sign up for our alerts at https://www.theweatherclub.org.uk/Newsletters.