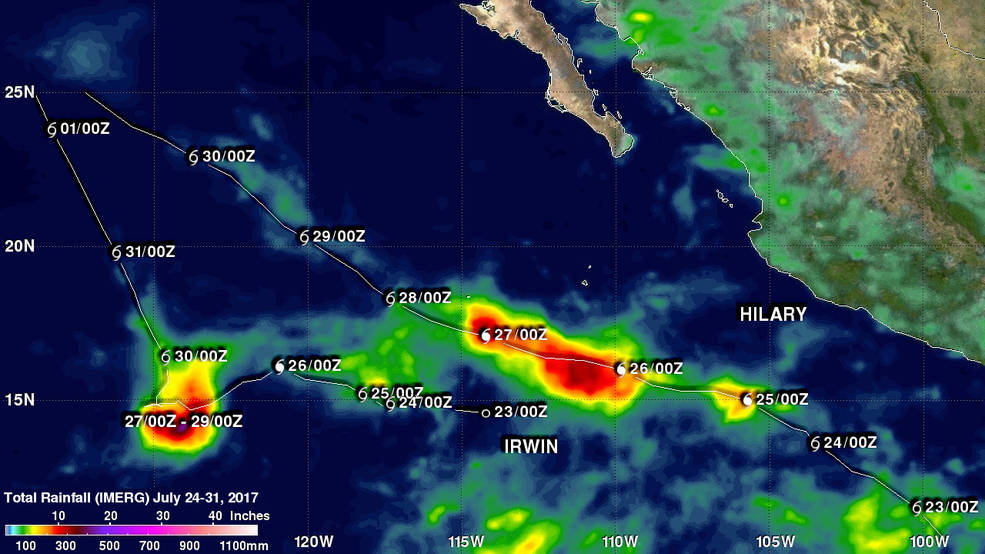 The Fujiwhara effect is a rare phenomenon that sees nearby cyclones ‘dancing’ round each other. In July it was seen not once, but twice*: Hurricanes Hilary and Irwin rotated round each other in the Eastern Pacific Ocean off the coast of Mexico generating high surf for Southern California; whilst thousands of miles away in the western Pacific east of Japan just days earlier, Typhoon Noru and Tropical Storm Kulap spun round each other*.

This is what happened in these situations: Hurricane Irwin was consumed by the stronger and larger Hurricane Hilary which then moved northwest before dissipating; whilst Kulap was consumed by Noru, which strengthened but remained over open water.

*Although this was not a full Fujiwhara interaction, since Typhoon Noru’s path was not affected by the other storm.