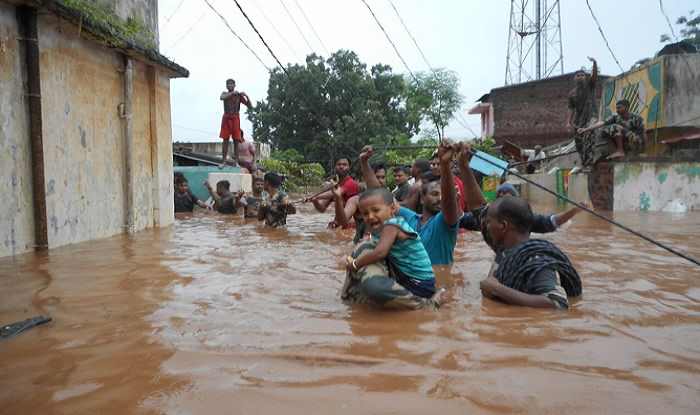 More than a third of Bangladesh and Nepal, and large areas of India have been hit with the worst flooding in years, which are expected to worsen until the  monsoon season ends in September. An estimated 30 quadrillion (30 x 10^15 or 30,000,000,000,000,000!) litres of water have been deposited on Bangladesh alone.

The devastating floods have killed more than 1,200 people and affected 40 million people, with approximately 1.8 million children unable to go to school due to building damage. Several villages in the Indian state of Bihar are still inundated, with heavy damage to farmland and inhabitants living in makeshift shelters.

One of the reasons the monsoon rains are worse this year is that the weather systems have not moved on as they normally do, allowing water to drain away. However, building on floodplains and coastal areas, as well as stormwater drains and waterways clogged by plastic rubbish, have made some parts increasingly vulnerable to such storms.