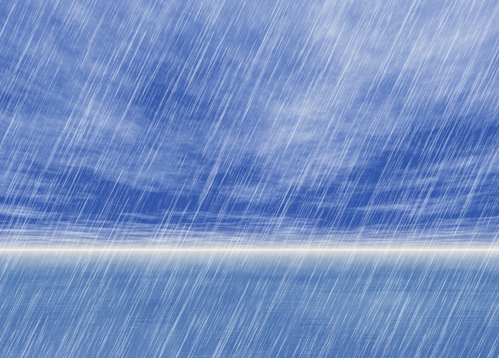 Extreme weather has been the feature of the UK for most of this year, from heavy snowfall in late winter to very high temperatures in early summer. As a result, this summer will be remembered as one of the hottest summers on record and also one of the driest, with some parts of England experiencing little to no rain for many weeks. This resulted in many areas of the UK experiencing drought, which led to hosepipe bans and bush and forest fires and generally caused many problems for farmers. These drought conditions, however, were broken by large thunderstorms and torrential rain, which caused many problems, particularly for travellers across the UK.

Some scientists have found that these extreme conditions in the UK may be attributed to climate change, but is this what we should expect in the future? Will we get more or less rain in summer with future climate change?

It is generally accepted that climate change will result in a warmer world with predicted global surface air temperatures at the end of the century (2100) between 0.3-4.8°C, as detailed in the 5th IPCC climate change assessment report. However, this large range of temperature depends on the ‘scenario’ one chooses when predicting future climate, with a high emission scenario predicting a 2.6°C to 4.8°C increase in air temperature at the surface and a low emission scenario predicting a 0.3°C to 1.7°C increase. This increase in surface air temperature will result in a moister atmosphere, based on the Clausius-Clapeyron relation, which generally states that the atmosphere can hold more moisture as temperature increases. Therefore, a warmer and wetter atmosphere means that there is a greater likelihood of more precipitation and storms.

Average rainfall rates in UK summers (based on the 1980-2010 period) are between 150-200mm for southern and eastern England to around 500mm for western parts of Scotland, England and Wales, with most of this precipitation in the form of convective storms. It is predicted by several climate change studies that single rainfall events or convective storms will become more intense with future climate change but not necessarily with more rainfall. Studies by Kendon et al. (2014), Chan et al. (2016), and Gadian et al. (2018) find that there will be more short-duration convective storms, generally lasting less than an hour than longer showers. These short-duration storms will have the same volume of rain as current average duration storms, so they will be intensified to dump the same volume of water over a shorter time window. More specifically, Gadian et al. (2018) found that by 2031-2036, relative to the 1990-1995 mean; there could be a 20% increase in heavy rainfall (greater than 7.6mm per hour). By the end of the century (2100), this increase in intensity could increase further to be between 36-44% in storms that last less than an hour, as found by Kendon et al. (2014) and Chan et al. (2016).

Essentially this tells us that in the future, it is expected that in the summer across the UK, there will be more calm conditions but with more short, sharp and intense storms. This finding is important as these intense storms can overwhelm human and natural drainage systems and cause more runoff leading to flash floods. Although flash floods are generally localised events, they can cause severe disruption, such as the flash flood in Tyneside in 2012. In this case, a large thunderstorm in June 2012, which lasted for 2 hours with around 50mm of rain falling (around the average total rainfall for June), resulted in widespread flooding. This left commuters stranded, cars abandoned, 23,000 homes without electricity and around 500 homes flooded across Newcastle. Other summer storms have caused roads and bridges to collapse and destroyed businesses, local sporting grounds and airports, e.g. across Co. Tyrone and Derry in 2017.

While these studies show that it is likely that extreme precipitation will be a feature of UK summers in the future, it must be noted that with climate change studies comes an extensive range of uncertainty. Therefore, we should be prepared for all eventualities, so don’t sell your barbeque just yet, but maybe also invest in some waterproofs and a good umbrella!