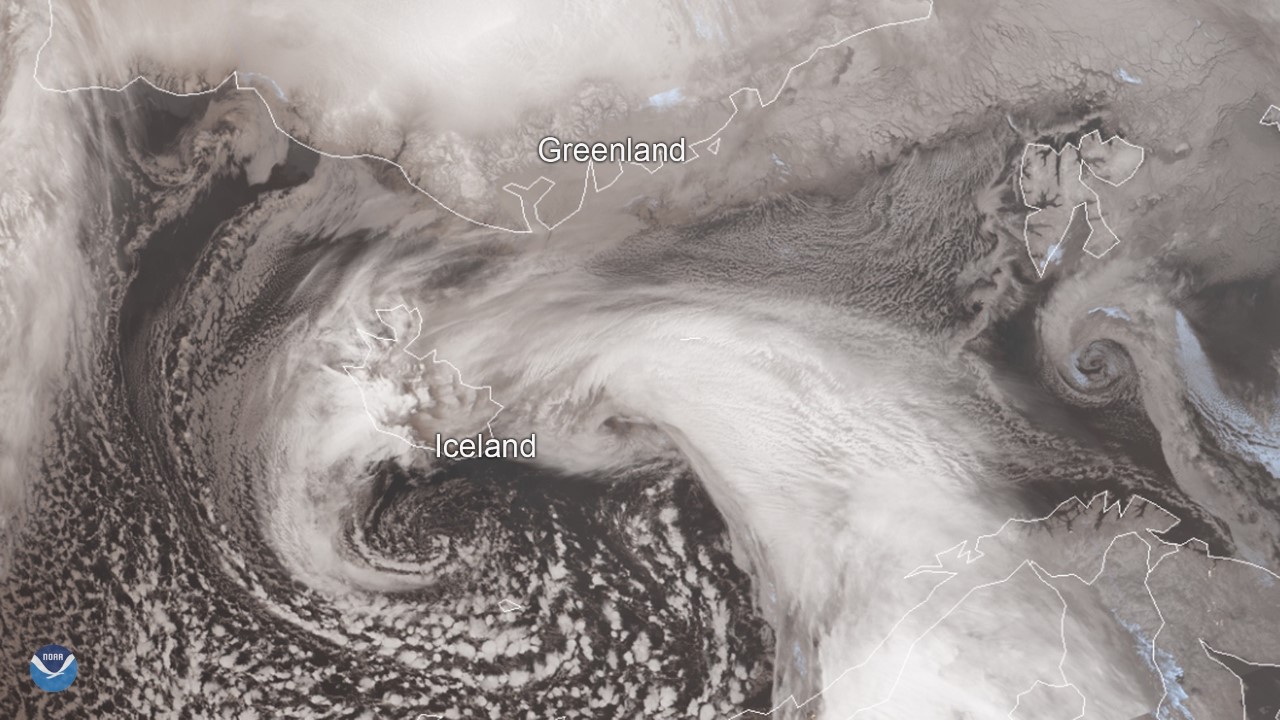 Thousands of people were left without power in Iceland on the 10th December 2019 as a weather bomb slammed the country.

The system was so intense that it prompted the Icelandic Meteorological Office to issue their first ever red alert. Their warning system was revamped in 2017 and although some very intense storms have prompted some yellow and orange warnings, no system has been bad enough to warrant a red alert, until now.

The red alert was issued for northern Iceland, while orange-level warnings covered the rest of the country, including the capital, Reykjavik. The warning was for a severe blizzard, with destructive winds and waves as high as ten metres.

In the end, the strongest of the winds was recorded in the southeast of the country. On a mountain, at a height of 2,500 feet, a sustained wind of 130 mph was reported. Meanwhile, Reykjavik itself reported steady winds of 63 mph. Wind gusts were, of course, even higher. An eye-watering 149 mph gust was reported at Skálafell, about 20 miles east of Reykjavik.

To put these numbers in context, winds over 63 mph are classed as a ‘violent storm’ on the Beaufort Scale and over 74 mph as a ‘hurricane force’. In fact, if measured within a hurricane, a steady wind of 130 mph would just scrape into category four of the five-point Saffir-Simpson scale, which is used to rate the intensity of hurricanes in the USA. A category four hurricane, the second strongest category there is, would cause ‘catastrophic damage’ according to the US Government’s National Oceanic and Atmospheric Administration. They state, “well-built framed homes can sustain severe damage with loss of most of the roof structure and/or some exterior walls. Most trees will be snapped or uprooted and power poles downed.” To put it bluntly, winds this strong should not be underestimated.

Despite the winds being as strong as could be found in a hurricane, the system that hit Iceland can’t actually be classed as a hurricane. That’s because a hurricane is a system which, by definition, gets its energy from warm surface waters of the ocean, but Iceland’s storm didn’t. It was a regular, run-of-the-mill mid-latitude depression or weather system, until it developed rapidly, turning into a weather bomb.

In order to be classed as a weather bomb, an area of low pressure has to undergo ‘explosive cyclogenesis’, that is to say that it must experience a drop in pressure of at least 24 millibars in 24 hours. In fact, the pressure in the centre of this system dropped to 949hPa or millibars at midnight on the 10th/ 11th. having fallen from 973hPa 24 hours earlier.This is a dramatic drop and would be due to changes high up in the atmosphere, in the fast flowing ribbon of air, known as the jet stream.

Jet streams can be mostly ignored on the Earth’s surface. They usually meander around the globe, waxing and waning, and we only notice them in rare instances, like if they get struck. That’s because they guide weather systems, so if one remains in the same place for a prolonged period, it would continue to bring heavy rain to the same area, and this could trigger flooding.

The jet stream can also cause a weather system to develop, fizzle out or, as in this case, to develop explosively. If the jet stream is accelerating, then in a region just right of the jet stream – on the equatorward side – the air is diverging. Air is sucked in from below, leading to rising air with air converging at the surface to take its place. As surface friction acts on the converging air, slowing it down, but not on the diverging air aloft, the total amount of air at that place falls and so the air pressure at the surface falls. Any low pressure system or depression already there intensifies rapidly until the surface winds are whipped into a frenzy, powerful enough to tear down trees, power lines and even damage homes.

During the recent storm over Iceland, not only were there incredibly strong winds, there was also a formidable amount of snow. Ahead of the storm, the Icelandic Meteorological Office warned of as much as 3 metres of snow was possible in the northern mountains. However, verifying the forecast has proved impossible, as the winds were so strong that very little snow was actually caught in the gauges, it simply blew over the top. The snow ended up in huge snowdrifts, but some patches were blown clear.

As the weather system cleared away to the southeast of Iceland, it slowed, and then northerly winds set in. For the 20,000 people who were left without power by the storm, this was very dangerous. The winds sent temperatures plummeting, and the emergency services had a real race against time to restore power and save lives.

This article was contributed to theWeather Club by our guest author, Steff Gaulter