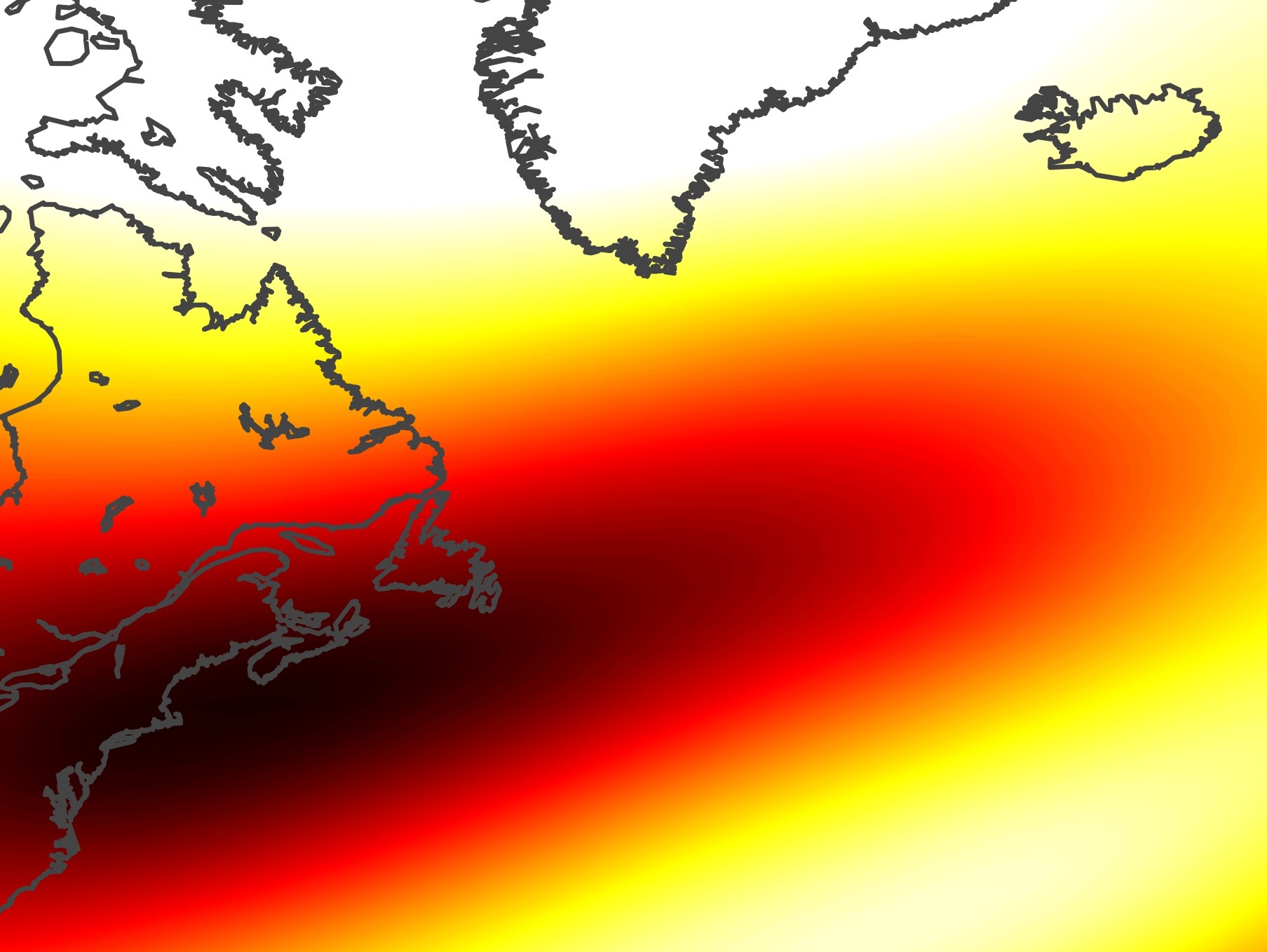 What is the jet stream and how does it have such an impact on our weather? After an exceptional few days of warm weather last week, we are going to re-visit an article explaining the jet stream by Weather co-editor Simon Lee...

Living in the UK, it is hard to avoid hearing about the jet stream. You might hear it mentioned in weather reports on TV, or even hear something about it from the pilot when embarking on a transatlantic flight. Jet streams are narrow bands of fast-moving air at 5-10 km above the surface, which usually flow from west-to-east around the globe. There are actually several jet streams – and they are not continuous but segments of higher and lower wind speed (Figure 1). In the UK, we feel the influence of the polar jet stream (which is also sometimes called the ‘mid-latitude’ or the ‘eddy-driven’ jet stream), which forms due to the difference in the temperatures between the pole and equator. On its northern side lies colder air, and on its southern side warmer air – so its position is important for what type of weather we experience in the UK. It waxes and wanes with the seasons, being strongest in winter, but is a year-round phenomenon. The polar jet stream can also be thought of as the “storm track”, as it is associated with the powerful low-pressure systems we experience, usually in winter.

As I alluded to earlier, the jet stream is also important for aviation. Particularly in the case of transatlantic and transpacific flights, aircraft try to either use the jet to their advantage (by exploiting the strong tailwinds when flying from west-to-east) or avoid it (when flying from east-to-west). However, speed is not the only thing which must be considered. Within jet streams are regions of high wind shear – the change in wind speed with height. High wind shear can lead to a phenomenon called clear-air turbulence (CAT), which is a significant aviation hazard and probably something we’ve all experienced. It is invisible, as its name suggests, and difficult to predict. So, the jet stream can be both beneficial and dangerous to aircraft! Since it is clearly so important for both the weather we experience and the safety and efficiency of airlines, it is crucial we understand how climate change affects the jet stream. However, like many aspects of climate science, that is a bigger challenge than it might initially seem!

In February 2016, Paul Williams (Professor of Atmospheric Science in the Department of Meteorology at the University of Reading) published “Transatlantic flight times and climate change” in Environmental Research Letters. The study found a strengthening of the jet stream under future climate change would lead to slower westbound flights and faster eastbound flights, but with an overall increase in flight-time and knock-on economic and emissions effects. However, at the time, I had only heard of the concept of a weakening jet due to climate change, as previous studies had suggested, so I was puzzled (at the time, I was only mid-way through the second year of my undergraduate Meteorology Master’s degree). I visited his office the following day to discuss the findings, and he explained his results. In the lower 5 km or so of the atmosphere, the temperature difference between the pole and the equator is weakening, thanks to ‘Arctic amplification’ – the name given to the fact that the Arctic is warming faster than anywhere else on the planet. Since the jet stream depends on this temperature difference, this suggests the jet stream should weaken…but it’s never that simple!

In the upper atmosphere at around 10 km, the temperature difference is actually increasing due to climate change – which suggests the jet stream should strengthen! We thus have a ‘tug-of-war’ on our hands! At the time, Paul commented, “…so the jet stream is becoming more sheared”. After some research which involved my MMet dissertation, we found this was not a published result. This is therefore something which we explored in a new paper published in Nature along with Tom Frame (also from Reading Meteorology).

The speed of the jet stream at aircraft cruising altitudes – around 250 hPa or 34,000 feet – ultimately depends on how the two competing effects of climate change add up. If the lower-level tug wins, the jet weakens, but if the upper-level tug wins, it strengthens. In our study, we analyse historical data from reanalyses (the best estimate of the past atmospheric state) and find that there has been no significant change to the speed of the annual-mean jet stream over the North Atlantic at 250 hPa since 1979. We find this is because the two ‘tugs’ have balanced out. The key result is that the upper-level ‘tug’ is driving 15% increased shear in the jet stream at these aircraft cruising altitudes compared with four decades ago (Figure 2) – suggesting climate change may already be driving enhanced turbulence in the North Atlantic. This is the first observation-based study which supports projections of significantly increased turbulence under future climate change, with a 2017 study (also led by researchers from Reading Meteorology) finding severe turbulence will become up to 3 times more likely (relative to pre-industrial conditions) in the Atlantic by 2050-2080 under a high-emissions scenario.

But which ‘tug’ will win? A true contest on the largest of scales! Most projections suggest the upper-level tug will win, but it is also possible that the jet stream may weaken or that both may happen but have a strong seasonal dependence. But with projections of increased turbulence now supported by observations, whatever happens, it’s sure to be a bumpy ride.

The jet stream: chicken or egg?

Wind speeds in Saturn’s jet stream whizz round at over 1,000mph