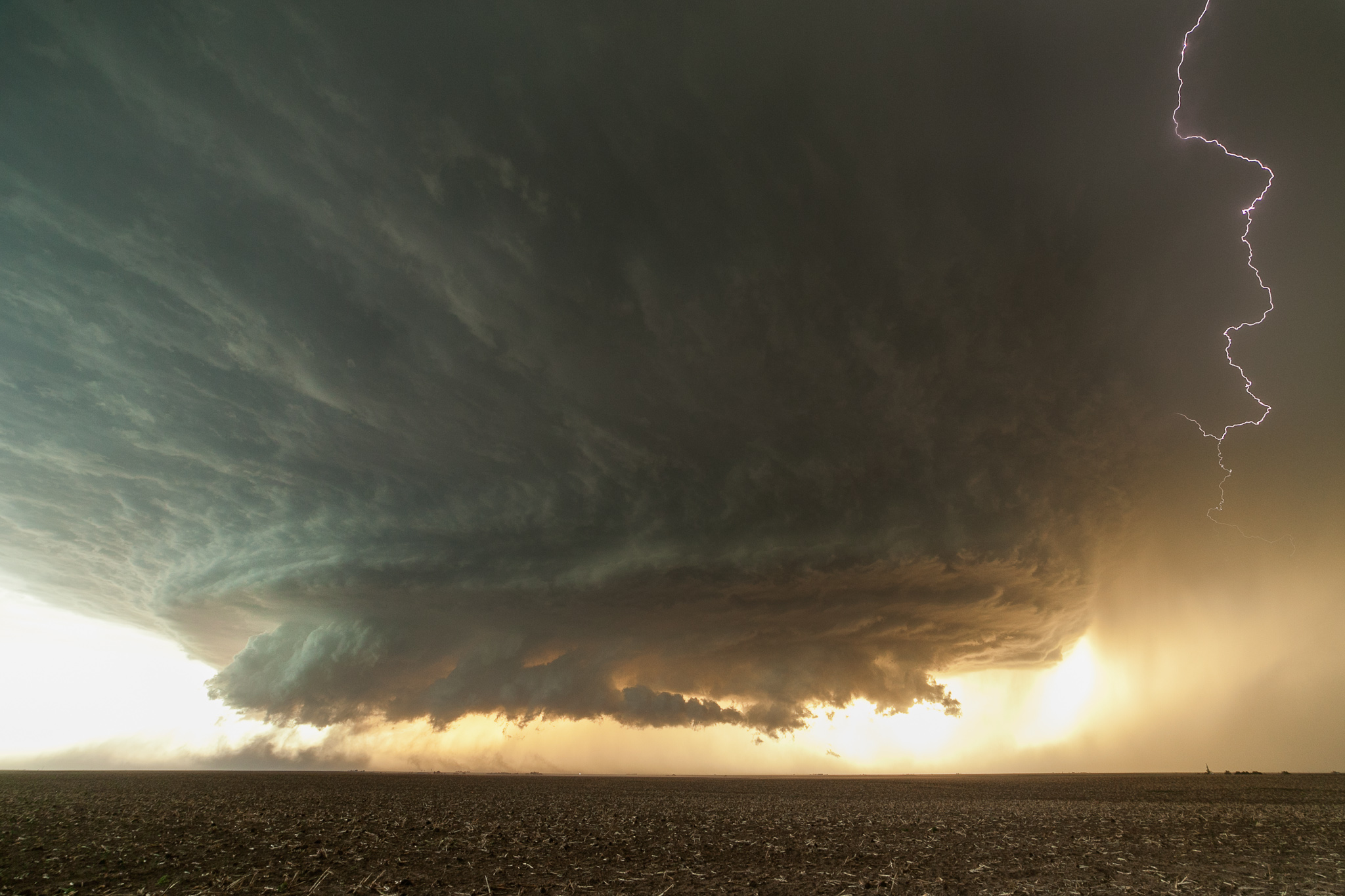 Mike Olbinski was born in 1975 in Glendale, Arizona and has lived in the general Phoenix area his entire life. He is married with three children. In this article, Mike explains where his passion for storm chasing and photography originates from and gives us a preview of some of the photographs featured in his new book, ‘Storm Chaser.’

When I was a kid, I still vividly remember sitting on the back porch with my dad watching a lightning storm. Then, out of nowhere, a bolt hit directly behind our house, less than a quarter mile away. I was blinded for what felt like an eternity but was likely just a few seconds.

That memory has always been clear in my head. And perhaps it’s why I grew up loving the weather so much. I’ve heard stories from other storm chasers who experienced similar things. A family-owned trailer park was wiped out by a tornado, and both brothers, who were little at the time, grew up obsessed with chasing tornadoes...

So it definitely shouldn’t be a surprise that when I began to explore photography about eight years ago, lightning was the first thing I wanted to capture. But that expanded quickly into all aspects of storms and weather.

I began chasing storms and photographing them in Arizona. We get our annual monsoon for about three months during the summers. Incredible lightning displays, dust storms, flooding, microbursts and gorgeous landscapes. It was a perfect place to learn my craft at a slower pace and figure things out along the way.
Still, photography will always be my passion. But in 2011, I decided to test out time-lapse photography. We get huge dust storms (sometimes called haboobs) that move across the deserts and even blanket the city of Phoenix. I thought it would be awesome to capture one on time-lapse to truly see how the motion of these things.

On July 5th, 2011, I got my chance. I had literally only started time-lapsing the day before. I got a text from a friend saying that I should really check out this dust storm coming into Phoenix from the southeast. So I drove quickly to a parking garage I had recently discovered that overlooks the downtown area. My eyes couldn’t believe what I saw.

A massive, mile-high wall of dust that spanned over 70 miles was moving across Phoenix. This was no ordinary dust storm I’m used to seeing out here. This thing was a sight to behold. It almost looked like that scene out of Independence Day with the ships cloaked in erupting clouds. The end of the world came to mind as I stood there staring.
My time-lapse of that storm went viral within hours of posting it online. It went across the world within 24 hours, I did interviews on The Weather Channel and the Today Show, and the clip was seen on all the major networks, even NBC Nightly News and CNN. Al Gore and his people licensed the video from me for his climate change talks.

Needless to say, it changed my life. This was a passion of mine that suddenly became a business. Since then, my storm chasing has expanded and exploded. I eventually started to chase tornadoes out on the central plains of the United States during the spring. Amazingly, I captured a time-lapse of a supercell in 2013 that also went viral and part of it was licensed by Marvel Studios and appeared in the second Thor film.

But that success was just confirmation that I was meant to do this. I would be doing it anyway, if I’m being honest. It’s a passion. It’s almost an addiction. I can’t help but chase storms. It’s truly what I love doing, and even though it’s been eight years since I got into this, it still feels like the beginning. I can’t wait to see where this journey continues to take me.