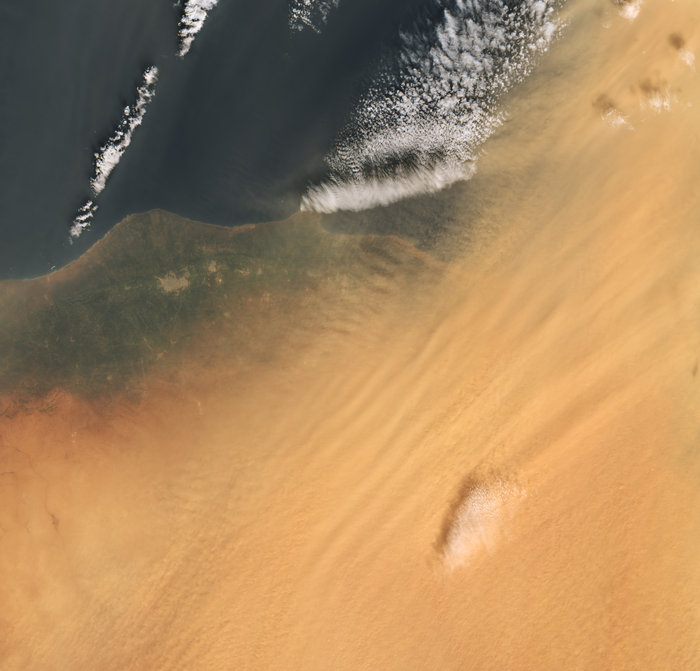 Parts of Eastern Europe were left looking quite Mars-like this week, as orange snow blanketed mountainous landscapes. Storms in the Sahara desert led to the unusual snow being deposited in Russia, Ukraine, Bulgaria and Romania

The orange snow was created by a mix of sand, dust and pollen particles stirred up by the storms and swept across from storms in northern Africa into Europe where they mix with the rain in the atmosphere, falling as orange-tinted snow. The phenomenon occurs roughly every five years.

Steven Keates, a weather forecaster at the UK’s Met Office, said “As the sand gets lifted to the upper levels of the atmosphere, it gets distributed elsewhere.

“Looking at satellite imagery from NASA, it shows a lot of sand and dust in the atmosphere drifting across the Mediterranean.”

In October last year, Storm Ophelia <LINK> picked up sand from the Sahara, mixing it with debris from the forest fires raging across Spain and Portugal and deposited it into the atmosphere, causing a red sky across the UK and other parts of Europe.