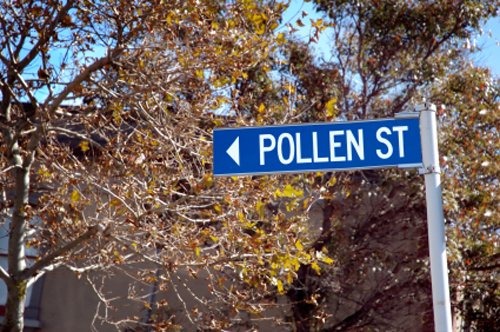 Pollen levels and weather: Why hay fever suffers need to keep an eye on the weather

Over 10 million people in the UK suffer from hay fever and the arrival of warm, dry weather during the spring marks the start of increased pollen levels that can continue through into autumn. The tree pollen season runs until mid-May, followed by grass pollen until late July and weed pollen until the end September. An allergy to grass pollen is most common, affecting about 95% of sufferers.

The weather is linked closely to the pollen level. The wind, rain and sunshine can affect how much pollen there is and how the pollen is spread around. Predictions of low, moderate or high pollen levels are issued daily along with the weather forecast throughout the pollen season.

Pollen count is the measure of how many grains of pollen there are per cubic metre of air. The higher the number, the higher the pollen level and the more people who will suffer if they are allergic to a particular pollen. Pollen levels vary during the day: plants start to release pollen early in the morning, as the day gets warmer and more flowers open, pollen levels rise and on sunny days, the pollen count is highest in the early evening. When temperatures rise above 13°C, the warmth causes trees to release pollen. The image shows an electro-scan of pollen. The pollen is blown around in the wind, we inhale it and it gets into our eyes. This stimulates cells to produce histamines, which attempt to rid the body of the pollen, producing the symptoms associated with hay fever: repeated sneezing attacks; runny or itchy nose; itchy or watery eyes; itchy throat, palate and ears; loss of concentration; and a general feeling of being unwell.

The wind transports the pollen around, and it can travel long distances, potentially hundreds of miles. The rain usually suppresses the transportation of pollen, clearing the air and causing pollen levels to fall. The worst plants for hay fever sufferers are the wind-pollinated trees and grasses, because they release vast quantities of the microscopic grains of pollen. The pollens most likely to cause problems in early spring are those from trees such as the hazel, yew and elm followed by poplar, silver birch, ash and oak. Pollen from almost any plant can cause an allergic reaction, but some are much worse than others. There are more than 1,200 species of grass, but only a few are known to cause allergic reactions, such as timothy, rye, cocksfoot, meadow and fescue.

The number of hay fever sufferers has quadrupled over the last 50 years despite a fall in pollen counts due to the cutback in agricultural land. Experts blame air pollution from vehicle exhaust fumes, which accentuate the irritation caused by allergenic substances. According to Professor Jean Emberlin, a scientific consultant to Allergy UK, the number of hay fever sufferers in the UK is expected to more than double over the next 20 years to 32 million. Changes in lifestyle including city living, increased stress, poorer diets, rising car ownership and global warming will all contribute to the rise, she says in a report commissioned by Kleenex. If you suffer with hay fever you can take part in a Europe-wide study, recording your symptoms online through the European Aeroallergen Network (EAN) Patient's Pollen Diary www.pollendiary.com. This long-term study will significantly aid research into hay fever. The website allows you to document your symptoms and compare them with concentrations of pollen in the air, to help identify which pollen you are allergic to. You can look back at pollen levels from previous seasons and read the latest pollen news.

There is currently no cure for hay fever but sufferers can relieve their symptoms with medicines such as antihistamines. Some experts advocate taking local honey before and during the pollen season to lessen symptoms, but there is no scientific evidence to prove that this works. It is sometimes possible to prevent the symptoms of hay fever by taking the following precautions: keep an eye on the pollen count forecast and stay inside as much as possible when it's high or very high; wear wrap-around sunglasses to stop pollen getting in your eyes; apply a little Vaseline to the inside of the nose; keep bedroom windows closed; avoid parks and fields in the early evening when the pollen is at nose level; don't lie on freshly cut grass; change your clothes and take a shower when you come in from outside; and, most importantly, get someone else to mow the lawn.