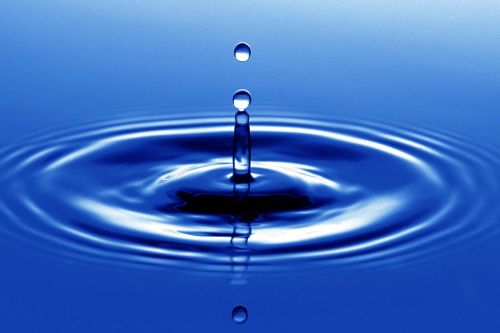 Although not always a ‘welcome friend,’ precipitation is essential to the life on Earth and the latent heat released from its formation provides much of the energy that drives atmospheric circulation.

Precipitation takes a variety of forms and each develop in different ways:

How does precipitation form?

Clouds are formed as air is forced to rise, cool and condense.  This forcing can be achieved in several ways. For example, orographic lifting occurs as a result of air rising as it passes hills and mountains; frontal lifting occurs due to forced lifting of an air mass; and convection occurs due to surface heating and local ascent of warm air parcels.

Cloud droplets also need to be ‘seeded’ by ‘cloud condensation nuclei’ (CCN). These are microscopic particles of dust, sand, dirt, smoke and pollution that float around in air.  Water vapour condenses onto these particles to form cloud droplets.  For precipitation to form, cloud droplets have to increase in mass by more than a million times.

The precise precipitation formation mechanism is dependent upon the cloud type.

Warm clouds are clouds with cloud tops warmer above freezing point. In warm clouds, droplets can grow by condensation in a supersaturated (>100% relative humidity) environment and by colliding and coalescing (merging) with other cloud droplets. For precipitation to develop there needs to be a wide variety of cloud droplet sizes present.  Smaller, lighter droplets are suspended in the updrafts of air, whilst larger ‘collector’ droplets fall and collide with the smaller ones. Upon collision, the droplets merge (‘coalesce’) into a larger droplet and eventually become heavy enough to fall from the base of the cloud.

Tropical rainfall is an example of rain formed by this process. Vigorous updrafts allow huge quantities of water droplets to grow to large sizes rapidly before falling to the ground as a heavy rainfall.

Cold clouds have a cloud top temperature below freezing point. If a cloud contains both ice crystals and supercooled water droplets (water present in a liquid form below freezing point - tWC newsletter issue 8 p.6 contained links to videos exploring supercooled water) it is known as a mixed-cloud. If it contains almost entirely ice crystals - usually below -40ᴼC - it is said to be ‘glaciated’.

There are three mechanisms for precipitation development in cold clouds:

1. Water vapour deposition: Ice crystals grow from water vapour, preferentially over supercooled droplets. This is known as the Bergeron process.

2. Crystal aggregation: Ice crystals are ‘seeded’ by ice nuclei and continue to grow in a process known as ‘aggregation’ (similar to the process in warm clouds) as they join up with other crystals to form snow.

3. Riming: Supercooled water droplets merge or freeze onto ice crystals which leads to the formation of graupel and hail. Rime can also be seen at surface level as a rough white ice deposit which forms on vertical surfaces exposed to the wind. It is formed by supercooled water droplets of fog (low-lying cloud) freezing on contact with a surface it drifts past.

In most cases however, melting below the cloud results in the precipitation falling as rain.

So next time you are caught out in a rain, hail or snow storm, take a moment to appreciate how that precipitation may have formed – did it start life as a snowflake, as graupel or simply a cloud droplet?

....And remember, as Sir Ranulph Fiennes once said ‘there’s no such thing as bad weather, only inappropriate clothing’!