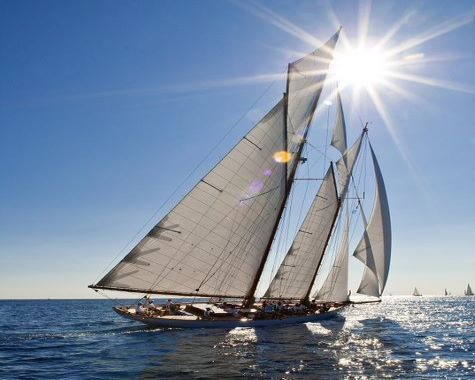 From local to global scales, 2020 has already shown itself to be another record-breaking year. Now a preliminary study of last year’s temperatures in the uppermost 2000 m layer of the oceans has discovered that the amount of heat contained therein has increased again from 2019’s record value.

Climate change is occurring because increasing concentrations of greenhouse gases (CO2, methane etc) have disrupted Earth’s energy balance. This means that more heat is absorbed by the Earth than is lost from it to space. Over 90% of this excess heat is then absorbed by the oceans, principally in their upper levels. This leads to an increase in sea temperatures, thermal expansion of the oceans and consequent sea level rise. It should be noted that this is in addition to sea level rises caused by accelerating ice melt from ice caps and glaciers around the world. 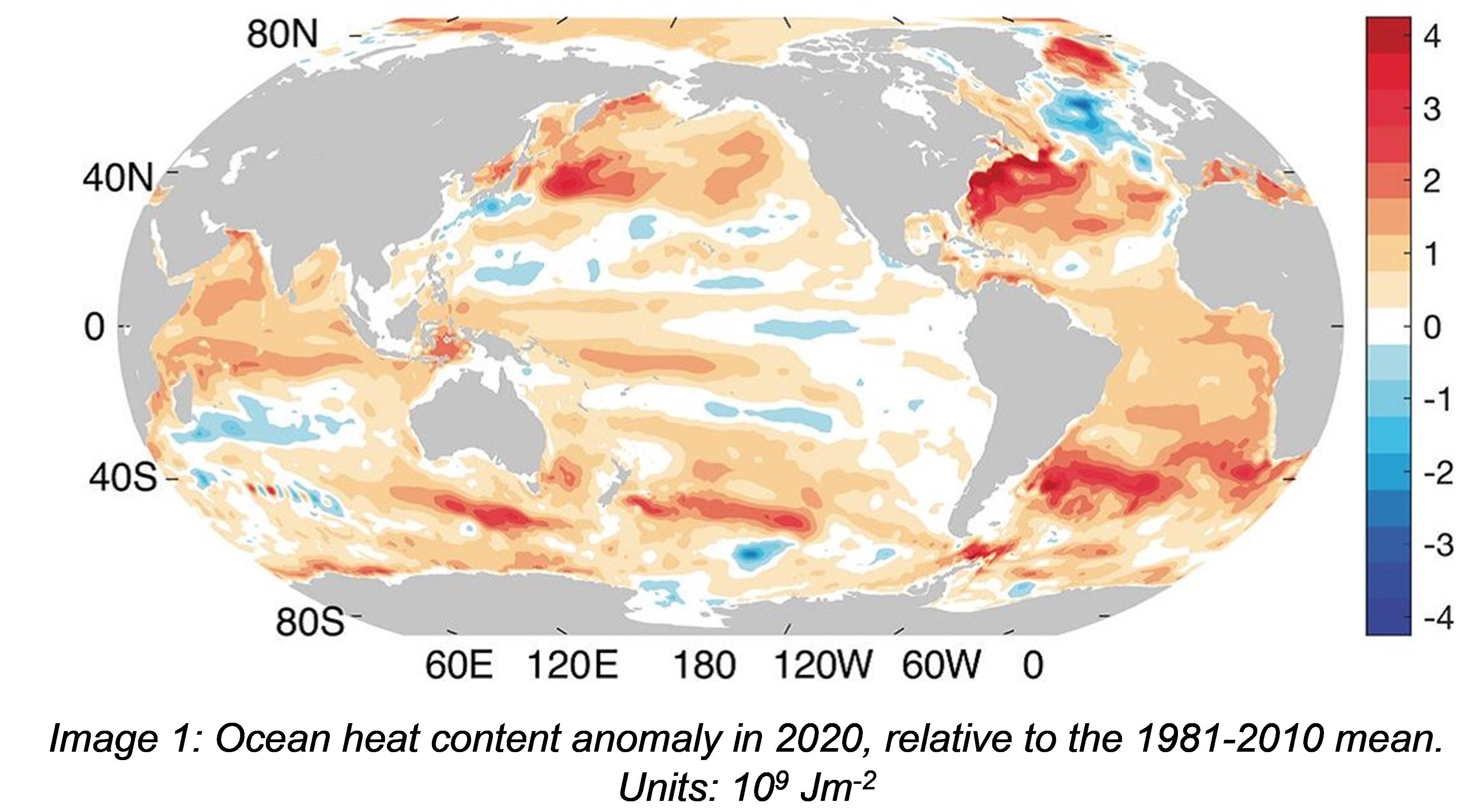 Heat already absorbed by the ocean in response to Earth’s current energy imbalance, as well as future heat input due to the increased levels of greenhouse gases already present, are going to affect weather patterns and sea levels irrespective of what mitigation actions are carried out in the short to medium term. However, that does not mean we should abandon such measures. If adopted rigorously, they will eventually lead greenhouse gas concentrations to plateau, therefore limiting additional warming and buying humanity more time to adapt, as well as to find new solutions to the problem.

To find more information on carbon uptake by the oceans, go to the new MetLink site.