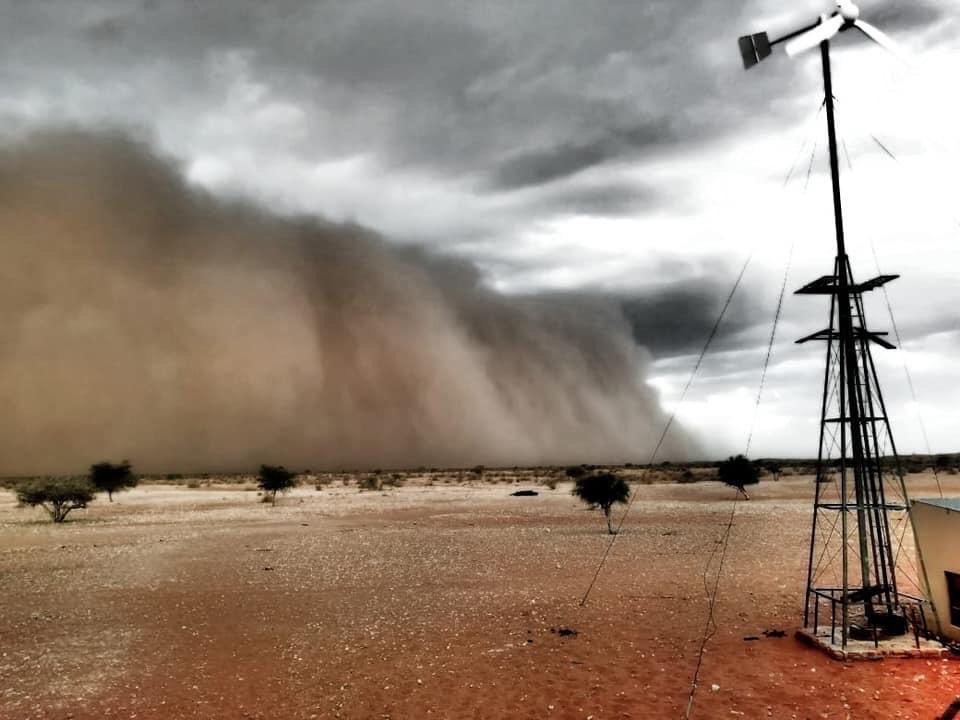 A new study published in 2020 in the Journal of Clinical Medicine has highlighted how serious dust storms can be for those living within the Earth’s dust belt.

Most of the Earth’s dust originates in the desert zones of North Africa, the Middle East and China, with the Sahara desert producing about half of the global annual mineral dust.

The winds then transport the dust from North Africa across the Atlantic, often affecting the Canary Islands and Cape Verde and occasionally tracking north into Southern Europe. The World Meteorological Organisation’s global average Aerosol Optical Depth map highlights the most susceptible areas:

Typically dust from deserts are small particles known as PM10. They have a diameter of 10 micrometres (0.01 mm) or smaller. Although these are tiny, they are still much larger than PM2.5, which has a diameter of only 2.5 micrometres. Generally, PM10 are natural particles like sea salt, dust and pollen, whereas the smaller particles are from human sources, such as vehicles and factories. PM2.5 are generally regarded as the most hazardous to humans as the microscopic particles can travel further into our lungs.

In many ways, the Canary Islands are the perfect place to study the impacts of dust storms, as the air quality is usually very good. In addition, the prevailing wind is from the northeast, around the North Atlantic anticyclone, so concentrations of PM10 and PM2.5 are generally around 20 and 10 µg/m3, respectively, which is lower than continental Europe.

However, during a dust storm, when the winds are blowing easterly from across the Sahara, these concentrations increase substantially, reaching as high as 360 μg/m3 for PM10 and 115 μg/m3 for PM2.5. This dramatic rise allows for studies to take place with a clear distinction able to be drawn between days with and days without dust.

The study by Alberto Dominguez-Rodriguez and his colleagues in the Canary Islands, Rome and Barcelona focused on heart failure. In this chronic and progressive condition, the heart is unable to maintain the pumping needed to provide the body’s needs for blood and oxygen.

They set the condition for a dust storm to be when the 24-hour mean PM10 levels were 50 µg/m3 or more. This was chosen as it is the threshold for the PM10 value as recommended by the World Health Organization. This happened on 124 days of the 3-year study.

A total of 829 patients were identified, all of whom were admitted to the Emergency Department of the University Hospital of the Canaries between 2014 and 2017 with a heart failure diagnosis. 49 patients sadly died, 86%  passed away during Saharan dust episodes. This suggested a clear relation between exposure to high Saharan dust concentrations and in-hospital mortality in patients with heart failure.

The latest research adds to the list of health issues associated with dust storms, including respiratory problems, asthma, and allergic reactions. However, it would be a mistake to think that this dust only brings bad news to the globe. Dust also has a very beneficial effect on some of the most important of the world’s ecosystems.

Desert dust seeds the world’s oceans with nutrients that are sorely limited in many marine environments, most notably iron. Studies have shown iron feeds the phytoplankton in the Caribbean and along the coast of the southeastern U.S., allowing photosynthesis to occur. Photosynthesis of phytoplankton is believed to be responsible for half of the planet’s oxygen production and a substantial uptake of carbon dioxide.

Another of the world’s ‘lungs’ is also fed by the Sahara. Phosphorus in the dust is transported 3,000 miles into the Amazon rainforest, replacing that which is lost due to rain and flooding. The mineral is an essential nutrient for plant growth, which the rainforests depend on to flourish.

Desert dust has many benefits to our environment whilst simultaneously posing several health risks. More studies are needed to determine the exact biological processes which trigger heart failure and possibly explore ways it may be prevented.