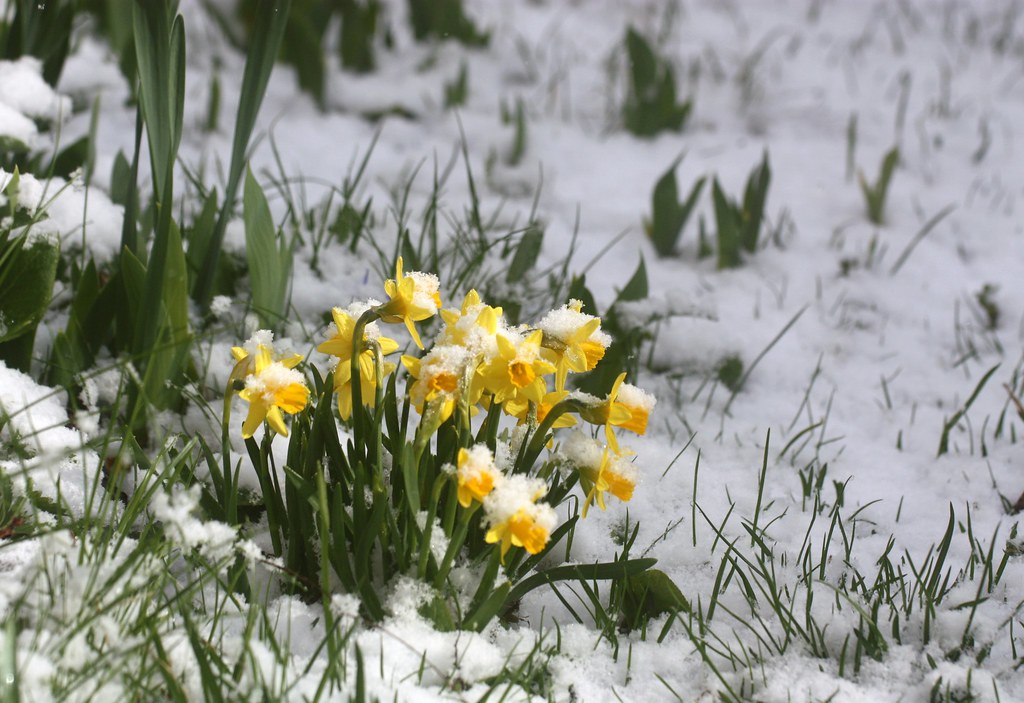 After the wettest February on record in the UK, which helped to drag the whole winter 2019-2020 to the fifth wettest winter on record, it would be nice if spring brought us some brighter and calmer conditions.

The spring forecast, which has recently been issued by the Met Office, indicates that spring 2020 may well be warmer than average, but unfortunately there is also the chance that it will be wetter than the average, particularly in the north.

Seasonal forecasts are very different from the five-day forecasts that most people are used to seeing online, on mobile apps, and on the TV. Five day forecasts are given as a single, definite forecast – known as a deterministic forecast – which indicate exactly when it’s supposed to rain and what the temperature will be etc.

Seasonal forecasts cannot be presented in the same way, because after about a week, it becomes impossible to predict these day-to-day changes in detail. This is because the current conditions of the atmosphere cannot be known precisely, and the further in the future a forecast model is run, the larger the impact these errors have.

You may have heard that a flap of a butterfly's wings in Brazil can set off a tornado in Texas, and whilst this might not exactly be true, certainly it demonstrates the fact that a small change in one part of the world can have a dramatic effect on the weather elsewhere.
To create a seasonal forecast, the observations of the real world are input into a model, but there are uncertainties within this data. The range of possible starting conditions are known as the ‘ball of uncertainty’ and try to capture all the possible 'butterfly's wings'.

The forecast model is run multiple times, each occasion with slightly different starting conditions. Each set of starting conditions is within the ball of uncertainty, and all are equally probable. As you might imagine, this produces as many different results as there are runs of the model. The individual forecasts are called ‘members’ of a complete ‘ensemble’.

The model which the Met Office use is the GloSea5 (Global Seasonal forecasting system version 5) which is a coupled ocean-atmosphere model. Each forecast requires initial ocean, land and atmosphere conditions.

Every month, it produces a 42-member ensemble seasonal forecast for the next six months, which has been generated over the previous three weeks. These members are then placed in groups, known as clusters, to see which outcome is considered more likely.
The current forecast indicates that the circulation of winds in the stratosphere above the Arctic, known as the Stratospheric Polar Vortex is likely to stay much stronger than usual over the next three months. A strong stratospheric polar vortex often encourages a positive phase of the North Atlantic Oscillation, when there is a stronger pressure difference than usual between the high pressure centred over the Azores and the low pressure centred over Iceland, and this in turn encourages westerly or southwesterly winds over the British Isles, and therefore milder-than-normal conditions.

Although there is a relatively high probability of warmer-than-average weather, the Met Office point out that this does not imply extreme weather is expected during the 3-month period. It is likely that there will simply be a large number of days which are a modest degree above average. Equally , the forecast does not indicate that the weather will be sunny and dry, and there are likely to be a range of types of weather.

In fact, with the winds expected to be largely moist westerly winds from the Atlantic Ocean, the weather could turn out to be wetter-than-usual. The clusters indicate that above-average precipitation is slightly more likely than below-average precipitation.
However, a number of ensembles also indicated a greater-than-usual chance of high pressure affecting the UK from the south. Therefore the chances of above-average precipitation are higher in the north and northwest of the UK than in the south and southeast.
The Met Office isn’t the only meteorological agency which issues a long-range forecast. Other centres around the world also issue their predictions and a number of these have also indicated the probability of a positive phase of the North Atlantic Oscillation. This builds confidence in the forecast for a mild but wet spring in the UK.

Having said that, all forecasts are subject to errors, and a long-range forecast should only be used as a best estimate.