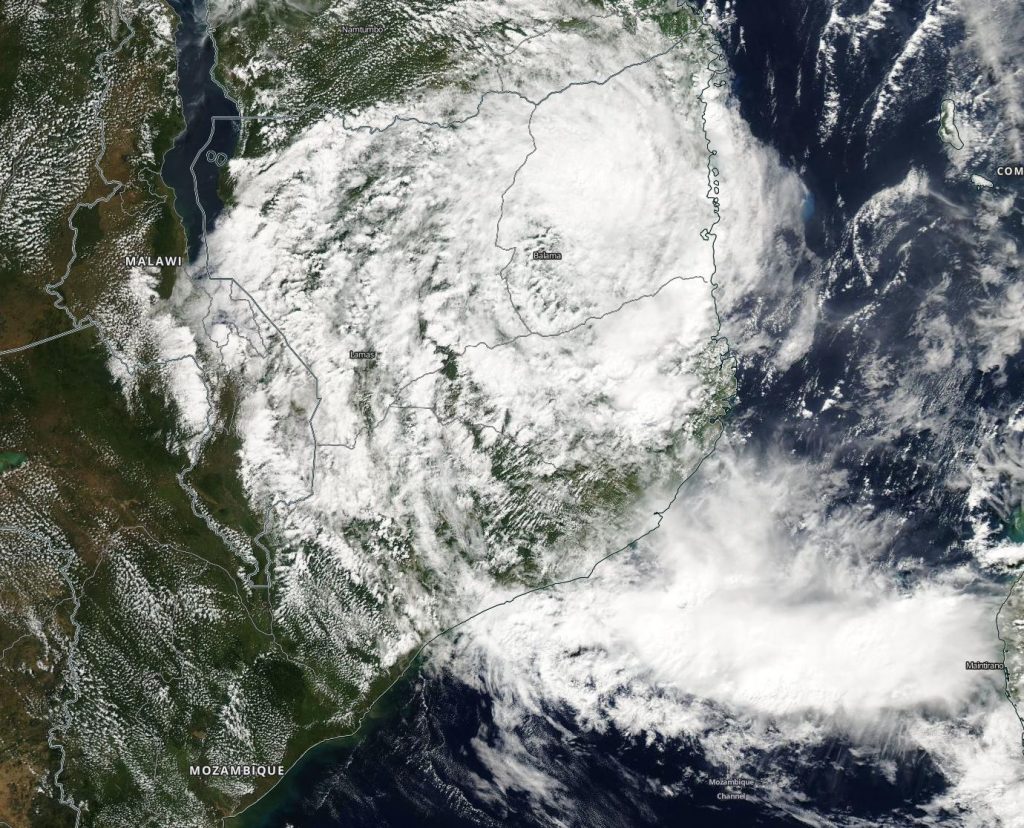 Cyclone Kenneth reached windspeeds of 140 mph (220 km/h), equivalent to a Category 4 hurricane on the Saffir-Simpson scale. Prior to making landfall the World Meterological Organisation’s Regional Specialised Meteorological Centre, issued warnings of a storm surge between 3 to 5 metres at the coastline. There is currently no data on the actual size of the storm surge available.  Heavy rains began on the 27th April and the area has suffered severe flash and riverine floods.

Kenneth caused at least nine deaths and more injuries. More than 10,000 houses were destroyed in the Comoros and over 35,000 in Mozambique. Thousands of people have been displaced as a consequence of the cyclone. There has also been a tremendous loss of food crops, fruit trees and livestock in the region (Relief Web 2019).

According to the WMO, this is the first time on record that Mozambique has been hit by two such intense storms in the same season. The area was still recovering from Cyclone Idai making landfall a few weeks earlier.