December was just 0.2°C above the 1981-2010 average but there were some cold and frosty periods. Storm Caroline, the thirst storm of the season, brought strong winds on the 7th, and a wintry spell brought widespread frosts and some snow for parts of the Midlands from 8th to the 16th.  It was generally mild on the run up to Christmas (17th to 25th), after which there was further snow for some, particularly the north. The end of the month was increasingly unsettled, with Storm Dylan bringing further strong winds on the 30th/31st.  Sunshine was 115% of average, and it was particularly sunny in north-east England and in southern and central Scotland. 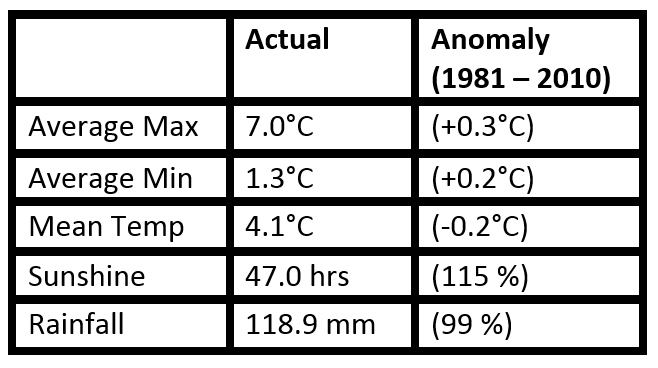