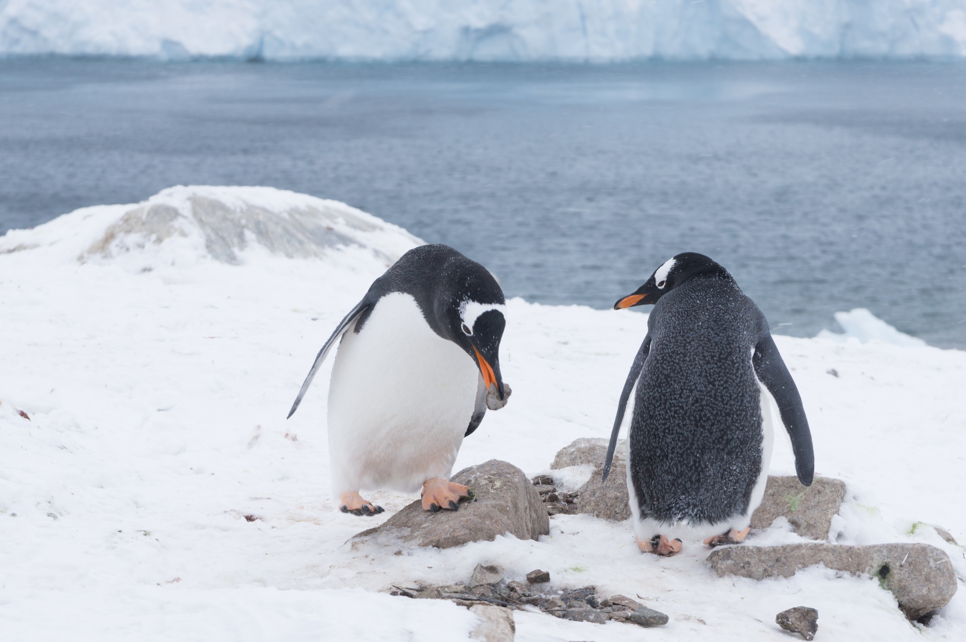 1. The lowest air temperature ever recorded on Earth amounts to -89.2 °C. It was registered at the Russian Vostok station in Antarctica on 21st July 1983. (Study by John Turner and others).

2. Some penguin species build their nests out of pebbles. They are looking out for the “perfect pebble” and so it happens that they constantly steal each other’s pebbles. Scientists found out about this behaviour by colouring all pebbles in one nest in a different colour in the beginning of the nesting season. By the end of the season, all pebbles were mixed up. (The Penguins FAQ)

3. Approximately 80 % of the world’s fresh water is stored in Antarctica’s ice. If all ice was melting, the equivalent sea level rise would translate to almost 60 m. (Australian Antarctic Division)

4. The thickness of the ice sheet is on average 16 km with a maximum of 4.78 km. (Australian Antarctic Division)

5. Antarctica is famous for its thick ice cover. The McMurdo Dry Valleys are an exception. They are named because of the absence of snow and ice cover and the extremely low humidity. The Dry Valleys are considered to be the place on Earth being closest to the environment on Mars.

6. Some coastal areas around Antarctica rank among the windiest places on Earth. The record was measured in July 1972 at Dumont d'Urville Station amounting to 327 km/h (199 mph). (Ice Cube South Pole Neutrino Observatory)

7. Antarctica is the fifth largest continent, exceeding Europe and Australia.

8. Antarctica receives very little precipitation and is therefore classified as a desert. The Polar Deserts (the Arctic and Antarctica) are the largest deserts on Earth.

9. Antarctica does not have a native population. The only people in Antarctica are scientists on the 66 scientific bases and tourists.