Weather Photographer of the Year: Setting the scene - clouds

Many of the Weather Photographer of the Year finalists over the years showcase clouds in some form. Clouds paint the sky with moisture in patterns caused by the wind – in other words, they give shape to the undulations of the atmosphere that are ever-present but not always seen.

Officially, there are 48 different classifications of clouds, according to the World Meteorological Organization’s “Cloud Atlas,” although most skies include multiple cloud types at the same time. Here are a few of my favourite unusual cloud types, illustrated by photos from the contest:

Asperitas clouds are the most recent inductee into the Cloud Atlas, having been added in 2017 – the first time a new cloud type was added in 66 years. They are often described as looking “undulating” and “chaotic,” like a sea of waves upside down. These clouds are most often seen on the edge of light rain, just before it falls to the ground, and are indicative of a sharp contrast between dry and moist air. 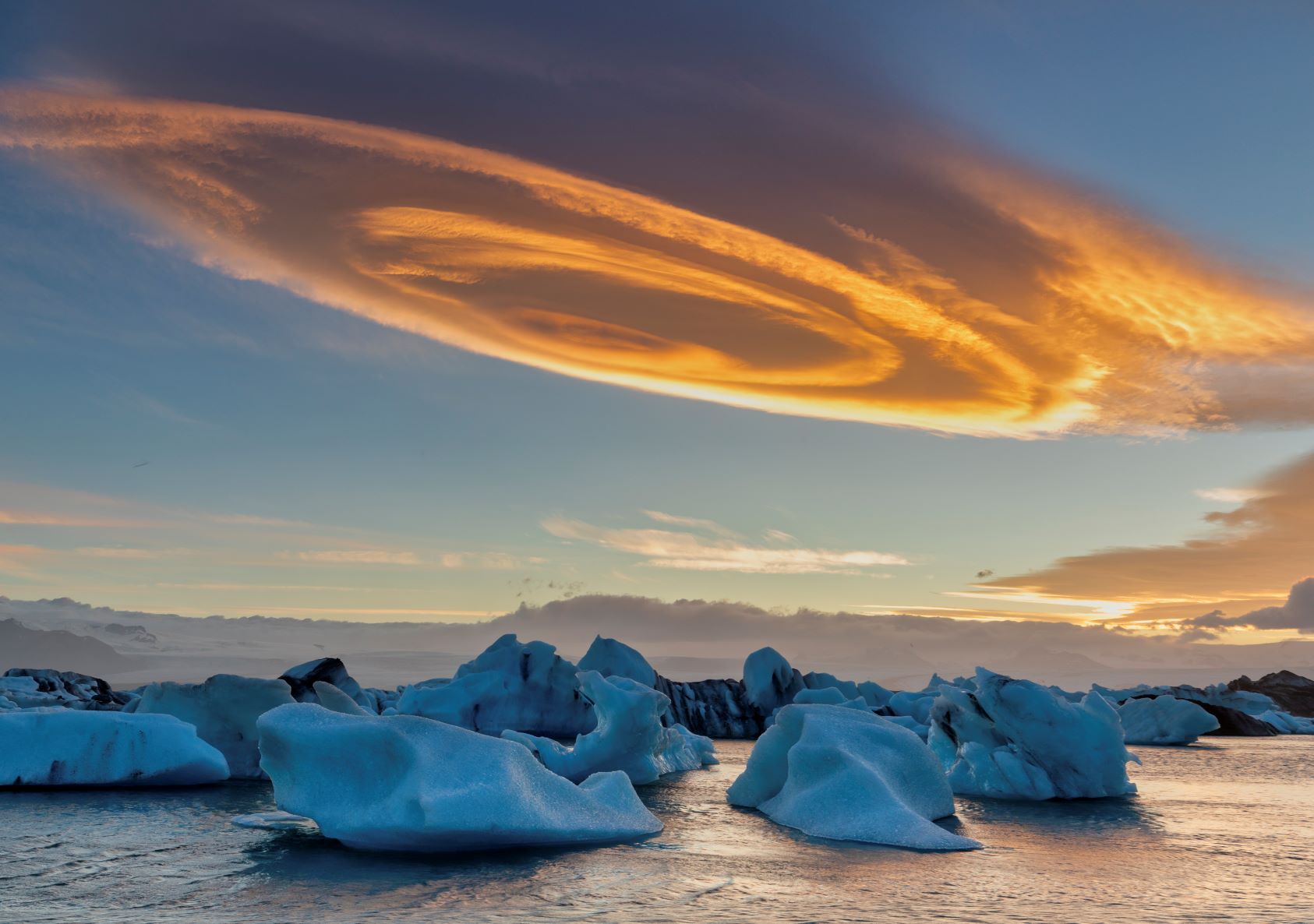 Lenticular clouds, also called “wave clouds” are different from other clouds because they don’t form and move along, but rather sit in one place, continually re-forming as air moves through them. They are the result of air rising to its condensation point over and downstream of an object, typically a mountain, although they can also result from waves generated in the atmosphere itself. Add a sunset and the effect is spectacular! 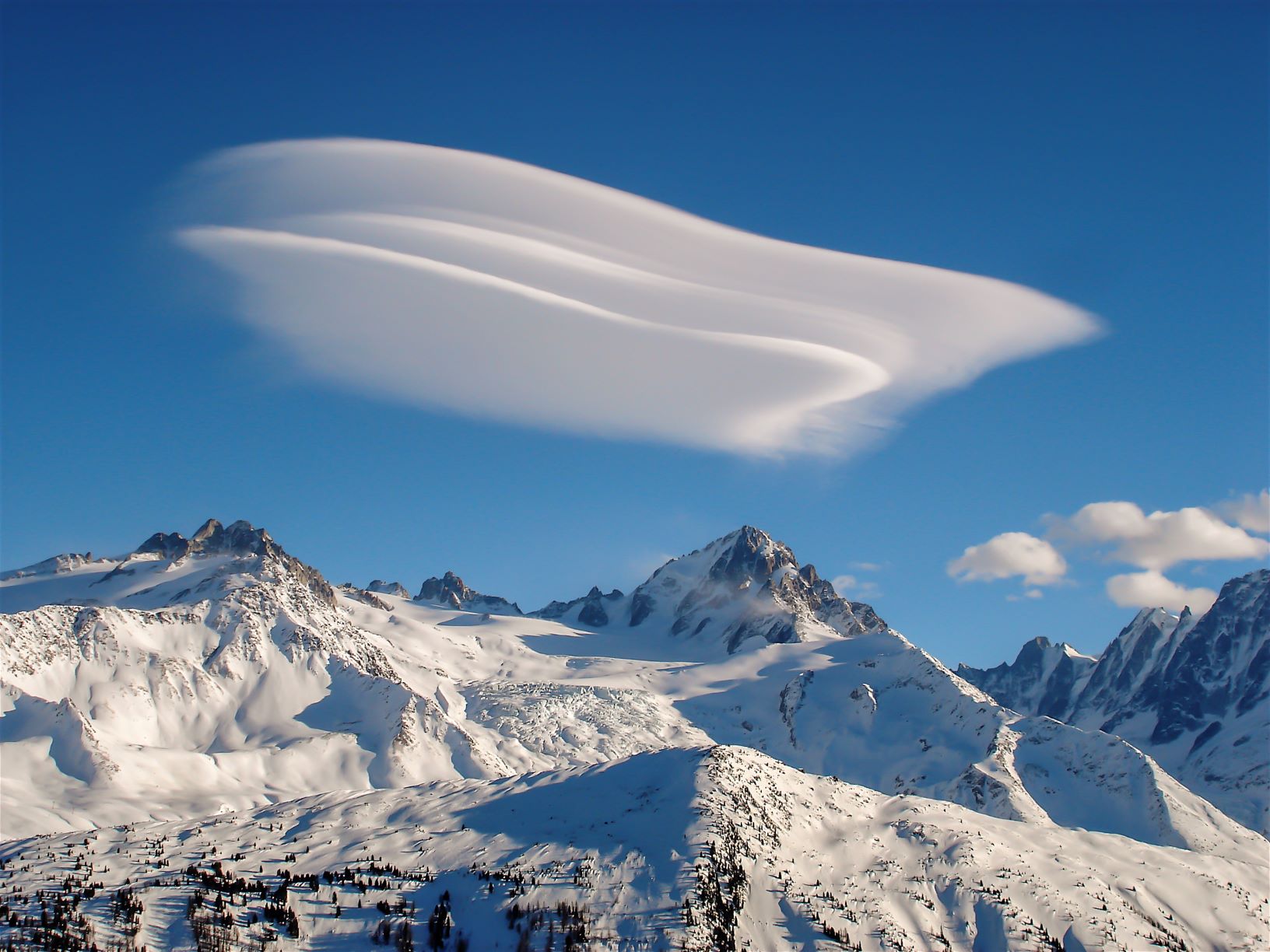 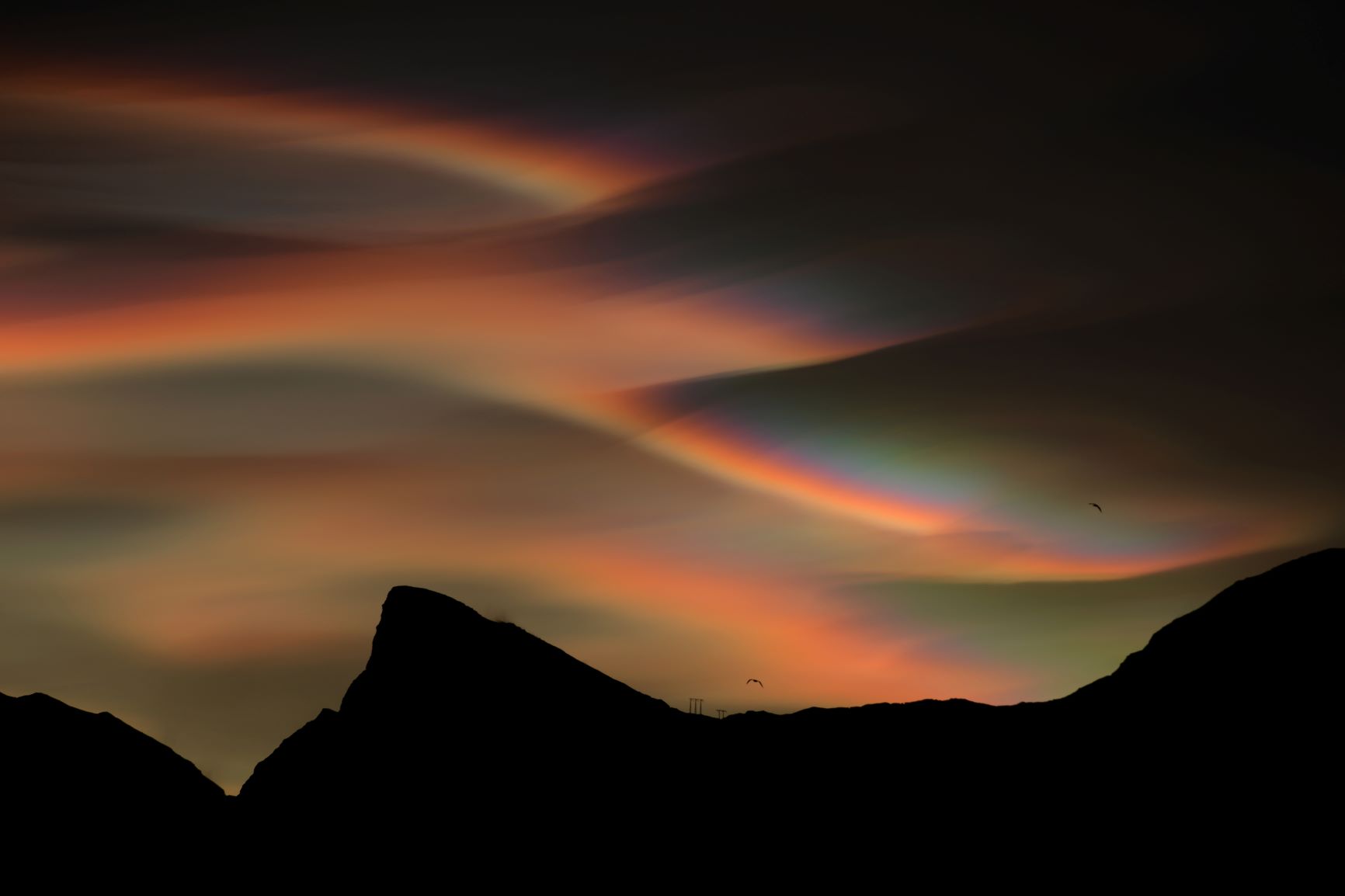 Perhaps the rarest of all clouds is not a cloud at all. At least not officially, and there’s a reason for that. Unlike classic clouds that exist in the troposphere (the part of the atmosphere where weather occurs), these Nacreous “mother-of-pearl” clouds exist in the stratosphere, above 50,000 feet! They can only be seen after sunset! 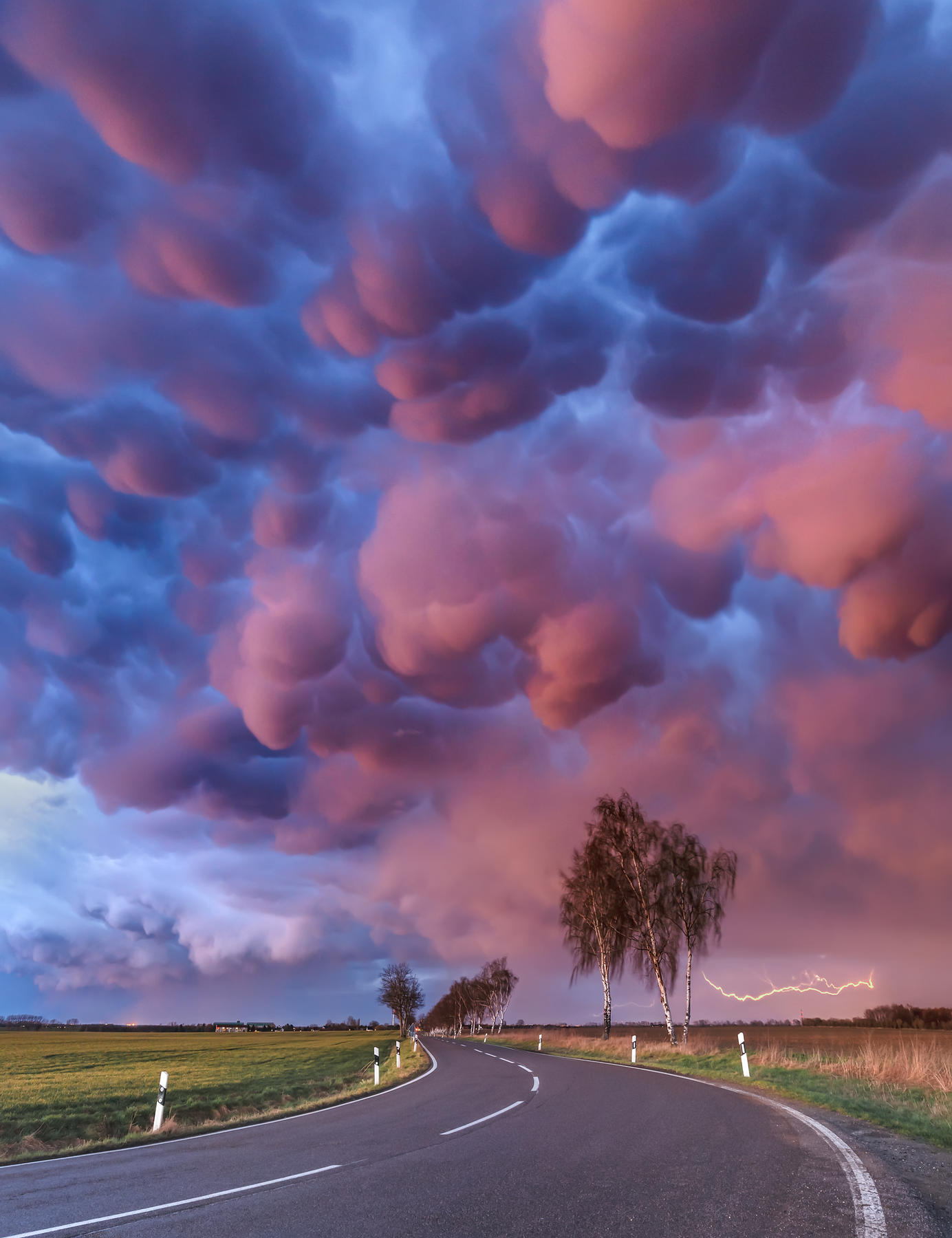 Bulbous in appearance, Mammatus clouds can occur underneath many different cloud types, but perhaps the most impressive are those that occur with thunderstorms, typically to the rear of the “anvil cloud” after severe weather has cleared. They can lend an eerie feel to the sky. 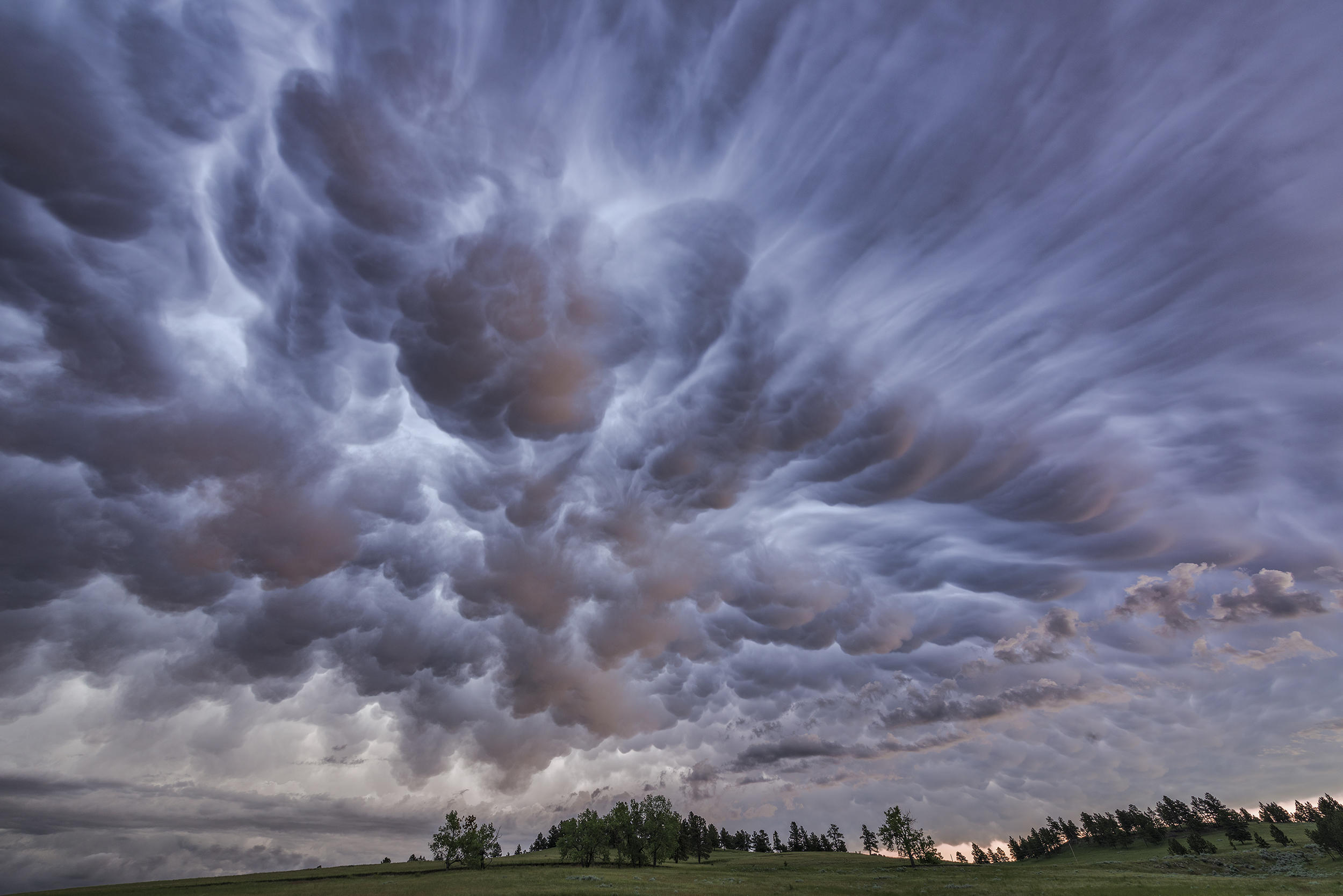 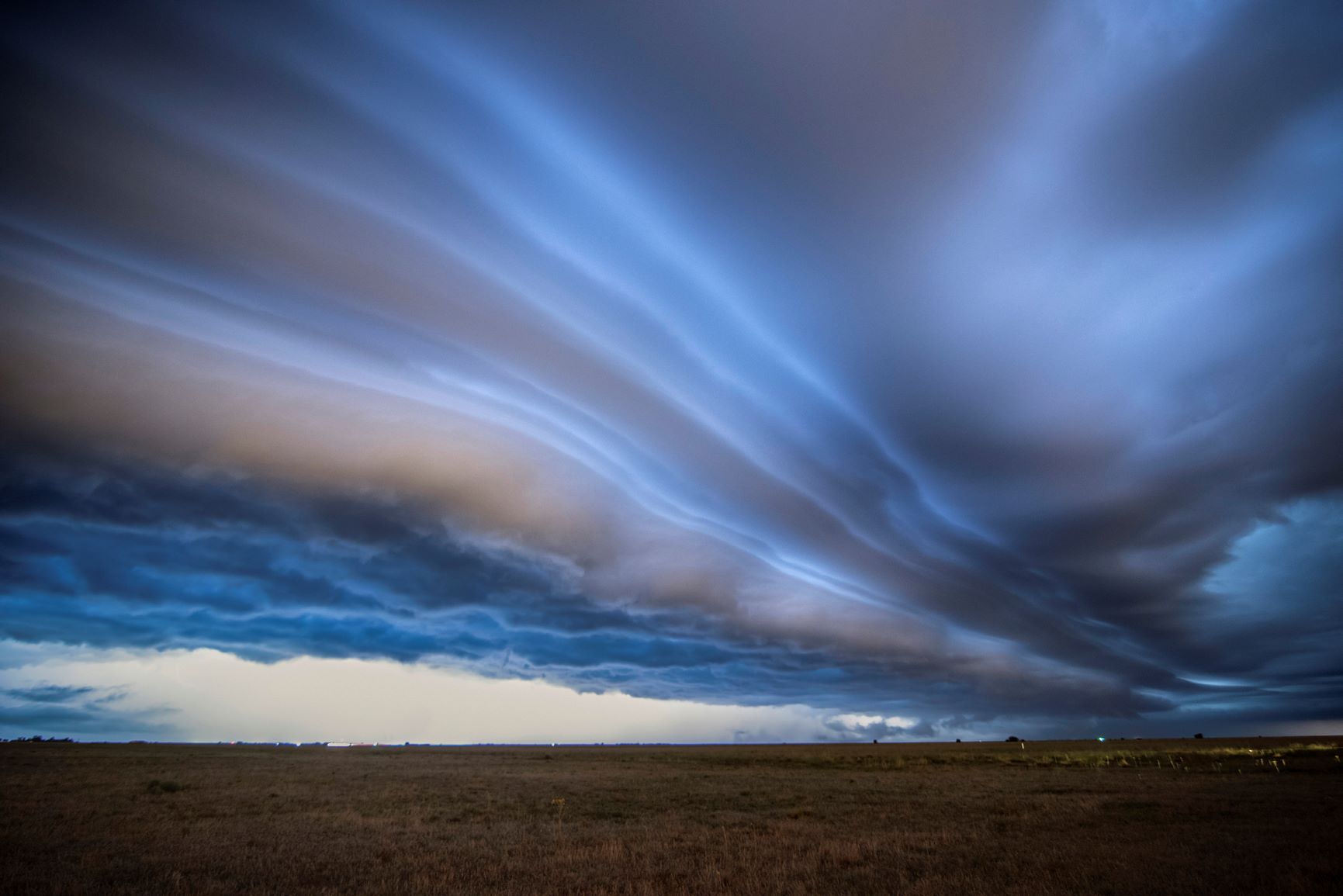 One of the most spectacular features of thunderstorms is their “gust front.” This represents the edge of the high winds blowing away from the storm and can feature smooth arcus clouds delineating it. With the strongest storms, these clouds can be stacked in multiple layers. When viewed from the side, they can be mistaken for tornadoes due to a trick of perspective, as shown below. 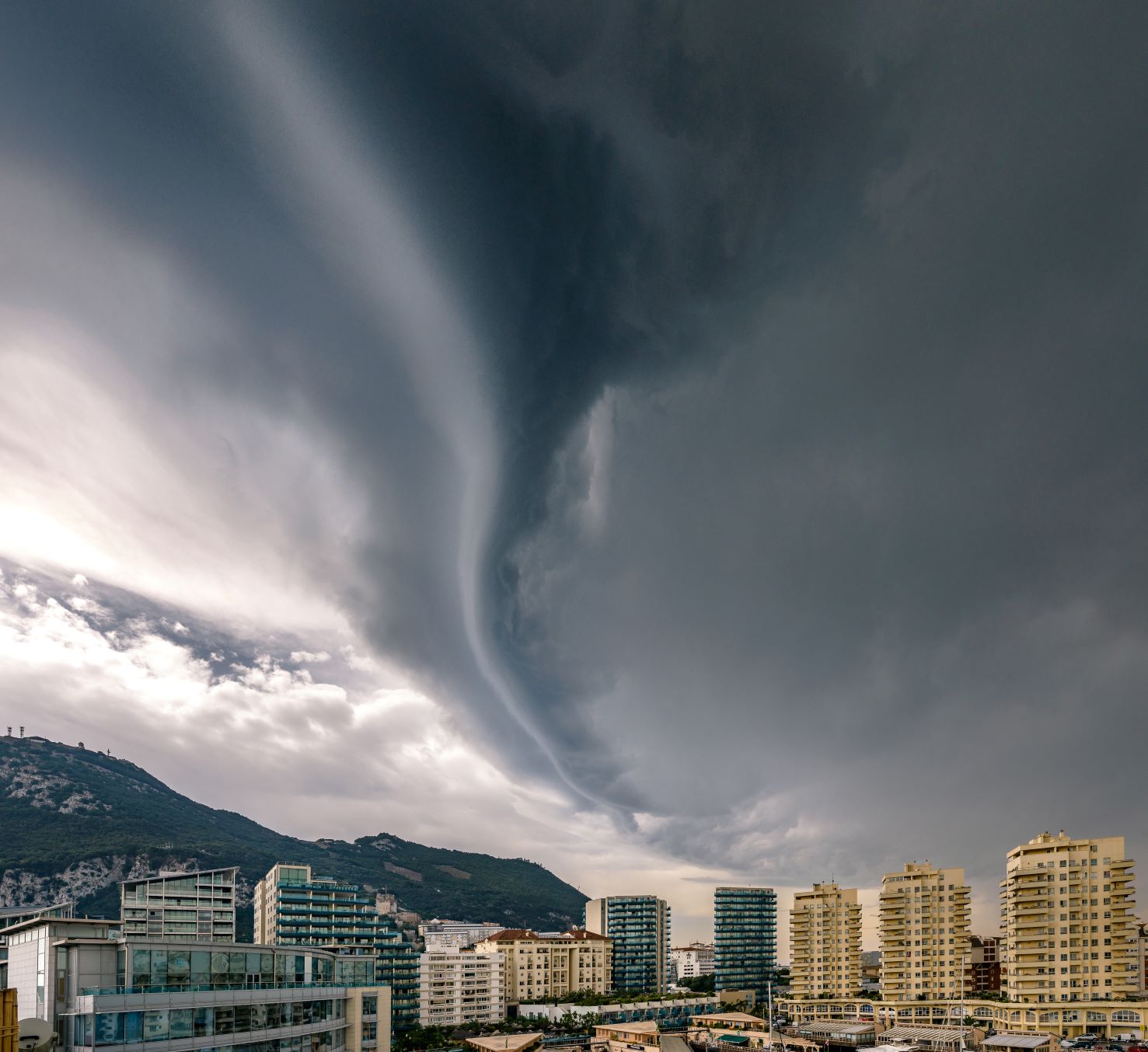 The Clouds Below (Fog) 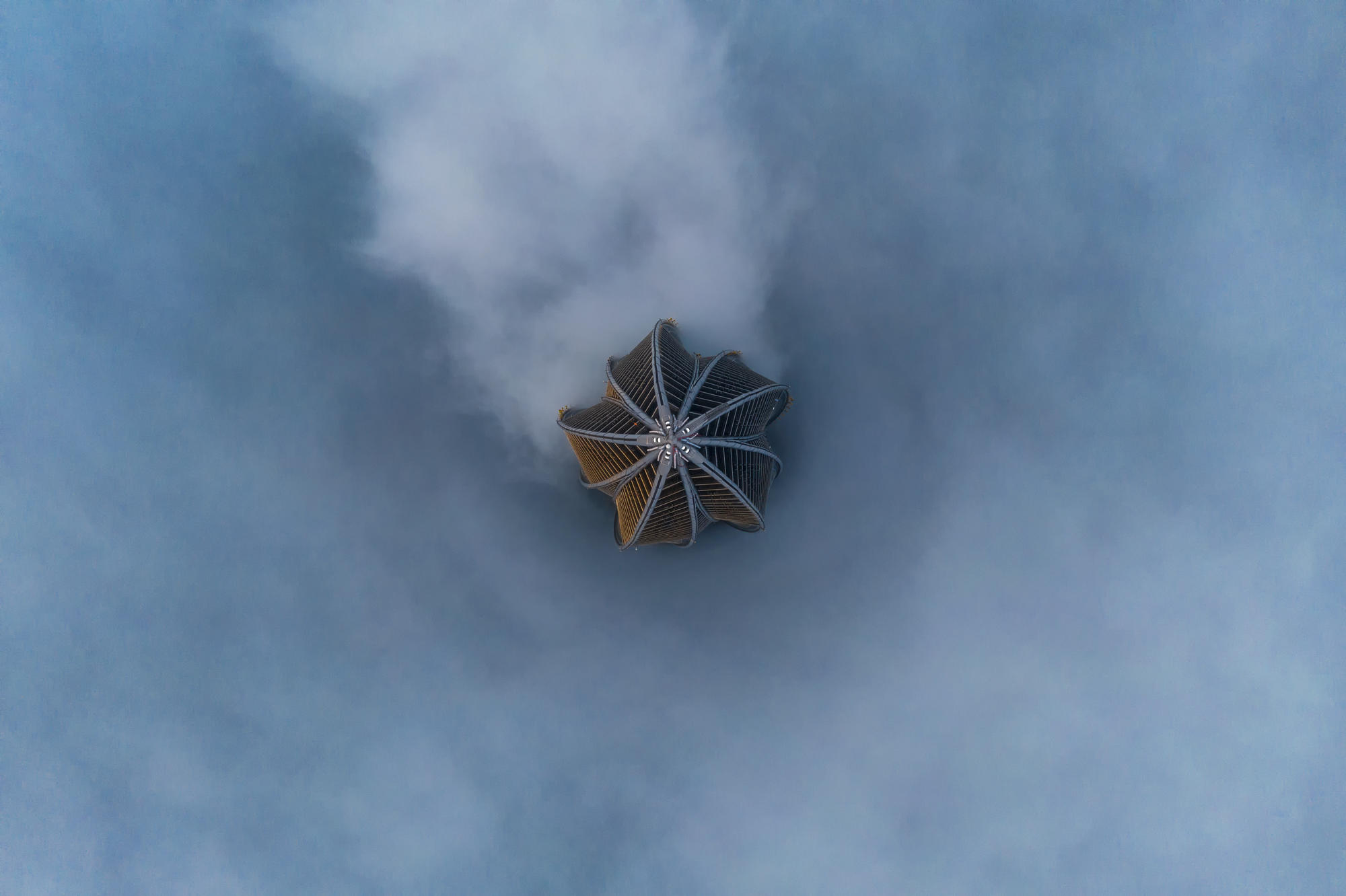 Of course, when viewed from above, clouds can also make for spectacular photos. If a cloud is touching the ground where you are, it’s referred to as fog. The photo above was shot from a unique camera angle – a drone – over a tall skyscraper. Winds were from the lower right, causing higher, whiter clouds downwind.

Another place to capture clouds from above, of course, is while aboard an airplane, and this photo shows that having the plane’s wing in the photo can kind of “ground” you. 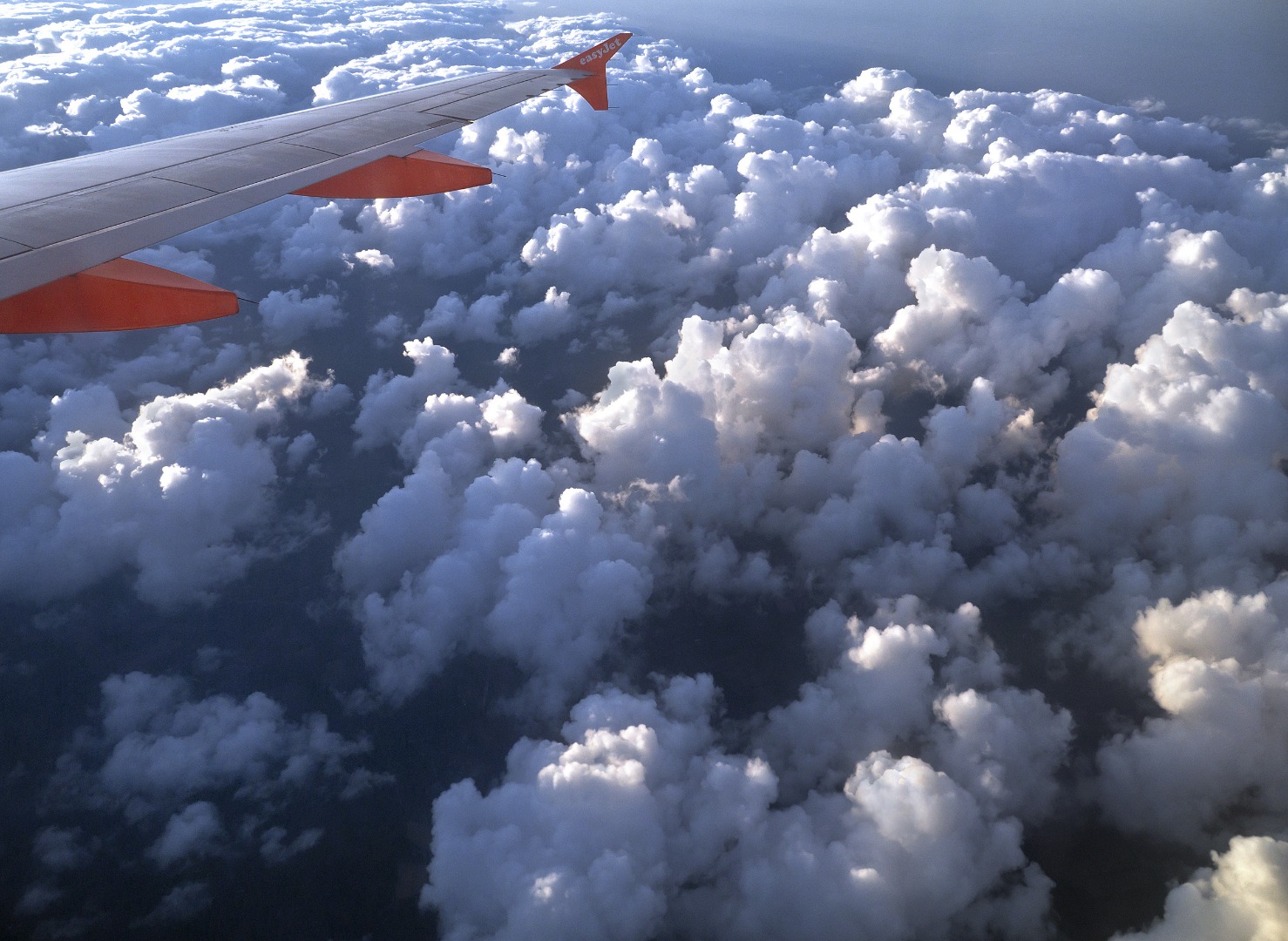 So, grab your camera and look to the skies for the Weather Photographer of the Year contest, you never know what you’ll capture!