Weather Photographer of the Year: Setting the scene - lightning

Electrical sparks, like those you sometimes see when you rub clothes made of different materials together in the dark, might not initially seem to have much in common with lightning. However, they are similar; it is just that the lightning is on a giant scale. Both appear because opposing electrical charges have developed at adjacent locations and the spark acts to equalise these. Lightning is usually associated with very tall convective clouds called cumulonimbus, recognisable because of the fibrous cirrus top which denotes the presence of ice. However, they also occur in volcanic eruptions, nuclear explosions, hurricanes and with extreme forest fires.

The electric currents involved are massive (~20,000 Amps) and the effect of that is to heat up the air by around 50,000 degrees in an instant. This makes it expand rapidly and creates a pressure/sound wave which we know as thunder. There are on average around 2000 thunderstorms occurring at any one time and 8 million lightning strikes every day. A typical flash delivers enough power to keep a 100 Watt light bulb lit for 3 months.

A bolt of lightning is a complicated affair with initial leader strokes, branches, return strokes and either positive or negative charges flowing upwards or downwards. 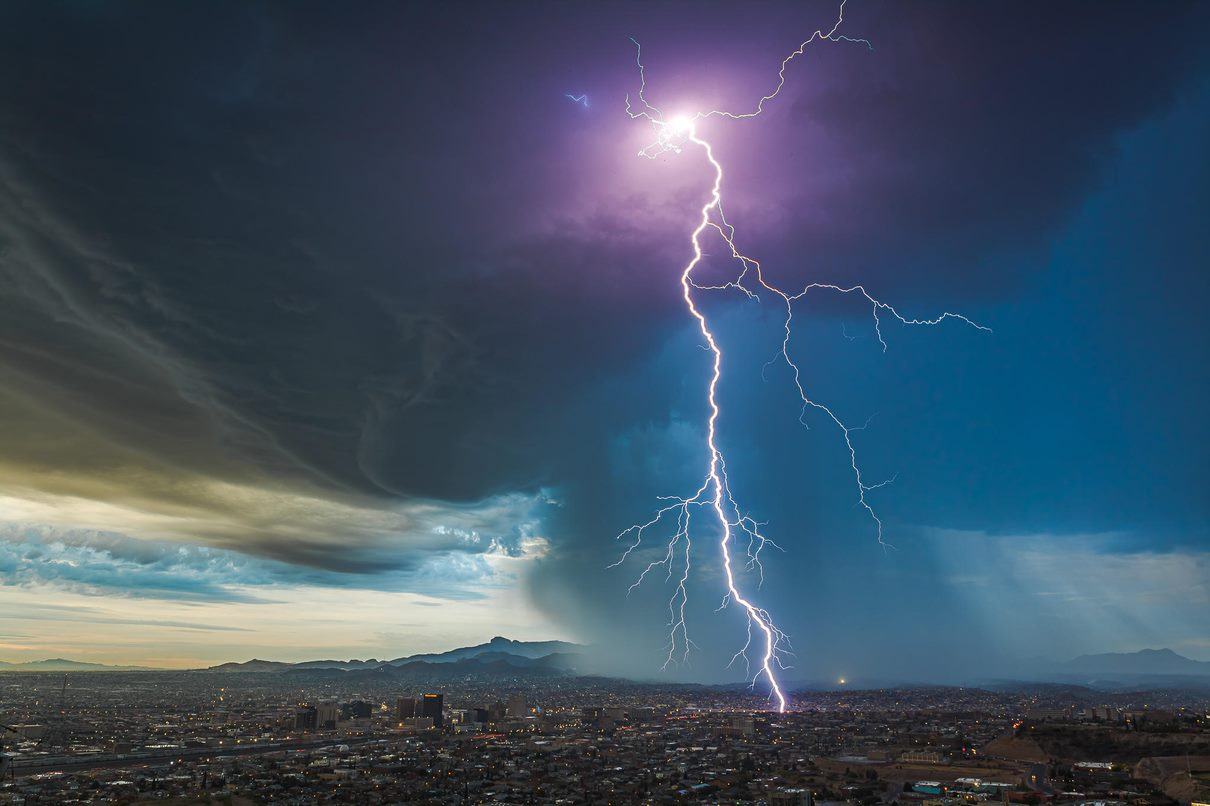 Sometimes, the lightning goes from cloud to ground. On other occasions it strikes from cloud to cloud or even within one cloud. Ground strokes can occur well away from what appears to be the centre of the storm; so-called ‘out-of-the-blue’ strikes such as one of those seen to the right in Image 2.

There are many different types of lightning, such as sprites, which are seen above storm clouds as in Image 3, elves, anvil crawlers visible in Image 2 and ball lightning. 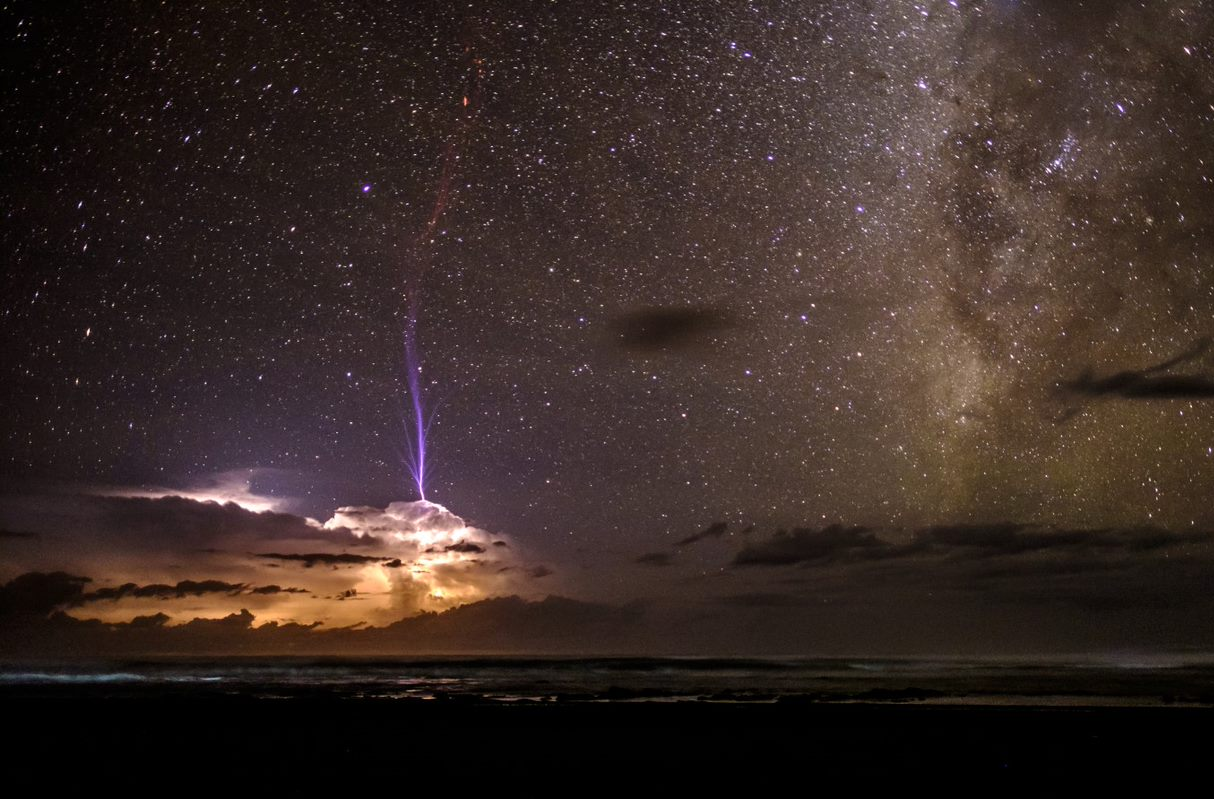 All of them are capable of generating surprise, awe and occasional shock. But sometimes, they just turn up in the right place at the right time; like the night they went to Lancashire to challenge the famous Blackpool Illuminations in Image 4! 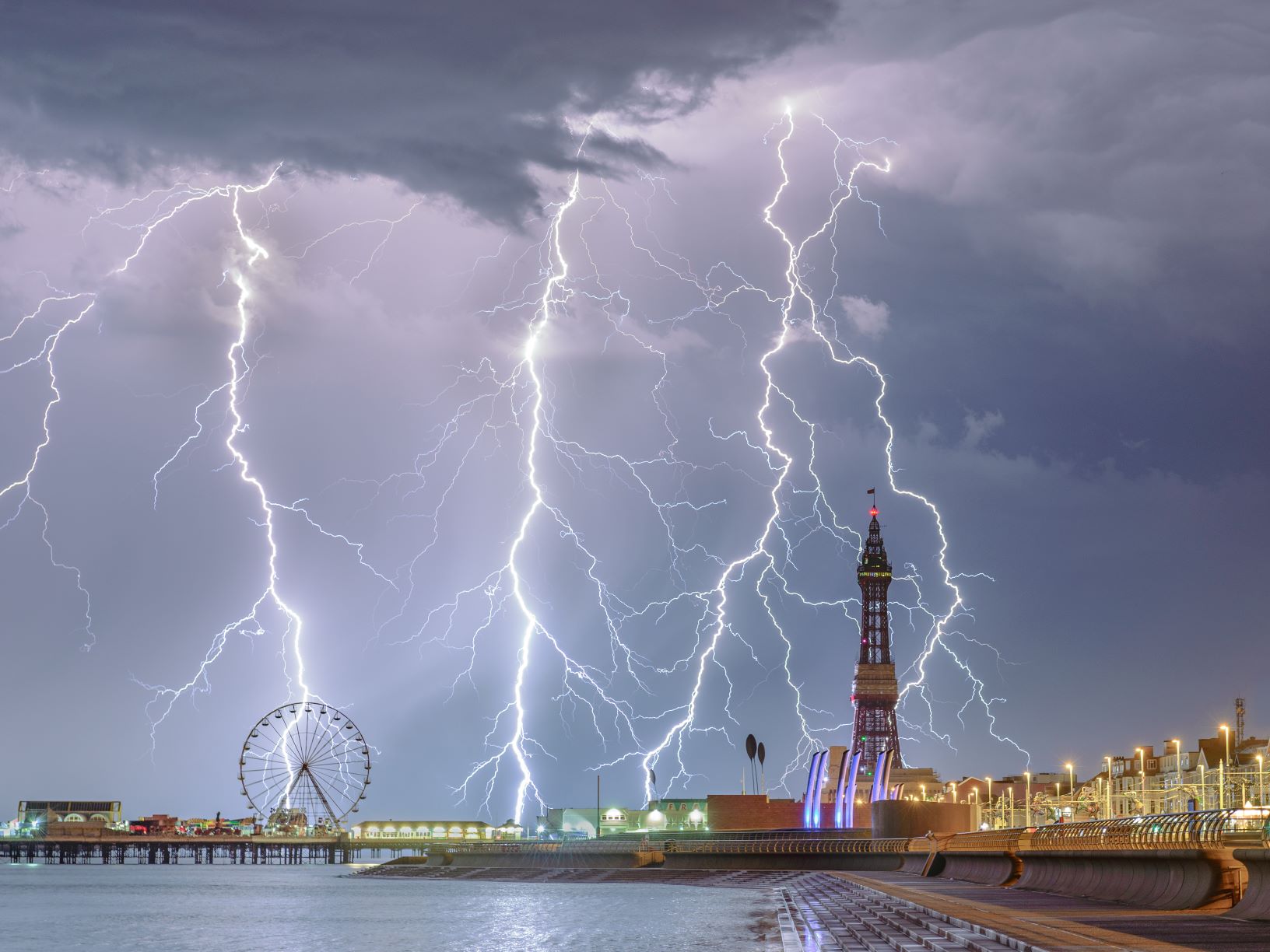 The Weather Photographer of the Year 2022 competition is now open for entries at zealous.co/rmets