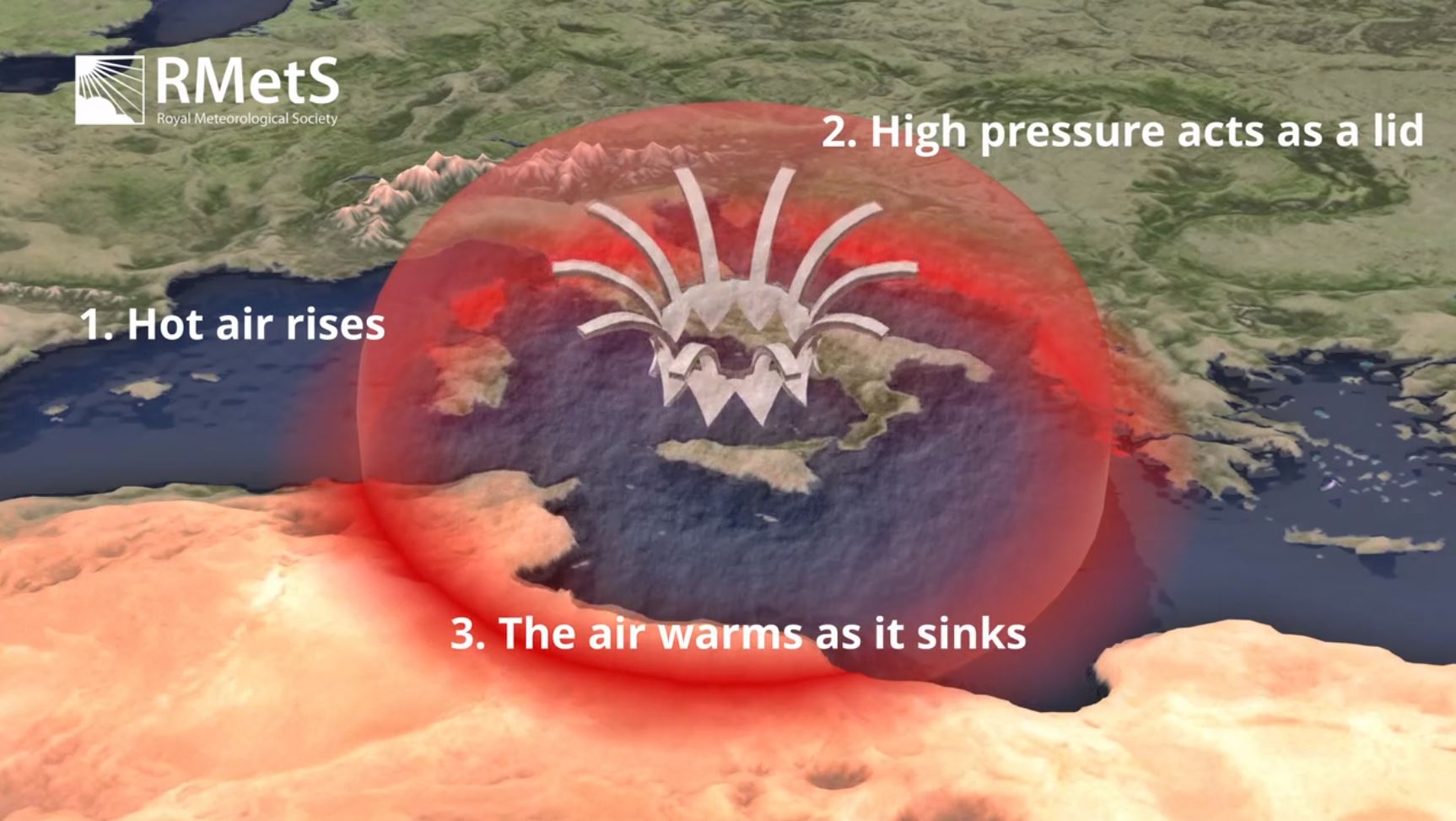 What is a heat dome?

The scorching heat, record-breaking temperatures and wildfires that have devastated parts of North America and southern Europe this summer have been attributed to a “heat dome”. But what exactly is a heat dome and how do they form?

Today has provisionally seen the highest #temperature ever recorded in #Italy 🌡️ ⚠️

SIAS have confirmed that Siracusa in #Sicily reached 48.8ºC earlier this afternoon and if verified by @WMO, it will become a new European temperature record 📈 pic.twitter.com/0L8Af2lp6r

In short, a heat dome is created when an area of high pressure stays over the same area for days or even weeks, trapping very warm air underneath - rather like a lid on a pot.

At our latitudes, pressure systems usually move from west to east, but sometimes they can get blocked, often when the jet stream weakens and buckles. The jet stream is a core of strong winds high above the Earth’s surface that helps to develop and steer areas of low pressure around.

Stuck in a rut

The position and strength of the jet stream can lead to blocking situations, such as an omega block where high pressure ends up sandwiched between two low pressure systems, forming a shape like the Greek letter Ω.

The high pressure stops weather fronts moving through, so they either skirt round the edges of the high or grind to a halt. Your position under the omega block will determine the weather you get. Under the high, the weather is usually dry and settled, whereas low pressure brings wet and windy conditions. Weather blocks can persist for days, weeks or even months, like in the summer of 1976.

The problem with a stubborn area of high pressure is that already warm or hot air trapped under the high will become hotter and hotter, creating a heat dome. Hot air will rise into the atmosphere, but high pressure acts as a lid and causes the air to subside or sink. As the air sinks, it warms by compression, and the heat builds. The ground also warms, losing moisture and making it easier to heat even more.

Until the pressure pattern changes, the high will continue to exacerbate the hot conditions, bringing a risk of wildfires, drought and heat-health issues.