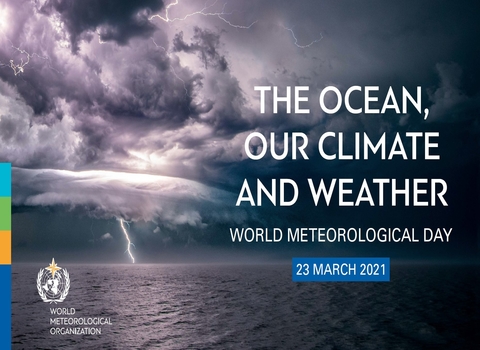 The theme of this year’s World Meteorological Day is ‘The Ocean, our Climate and Weather.’

This reflects the understanding of the importance of the oceans to the planet:-

It also forms part of the World Meteorological Organisation’s (WMO) contribution to the United Nations Decade of Ocean Science for Sustainable Development (2021-2030).

The influence of the oceans on Earth’s heat balance

The choice of theme for World Meteorological Day enables focus to be directed towards enhancing the understanding of the ocean’s responses to anthropogenic CO2 increases and improving humanity’s ability to predict and mitigate these. But it also highlights the importance of better monitoring and further study of the oceans, the need for a more sustainable approach to their use and the encouragement of collaboration with other organisations, such as the International Maritime Organisation (IMO) in the pursuit of improved safety of life at sea and around the coasts.

To view a short video produced by WMO, please click below.

Categories: In the Spotlight
Tags: News