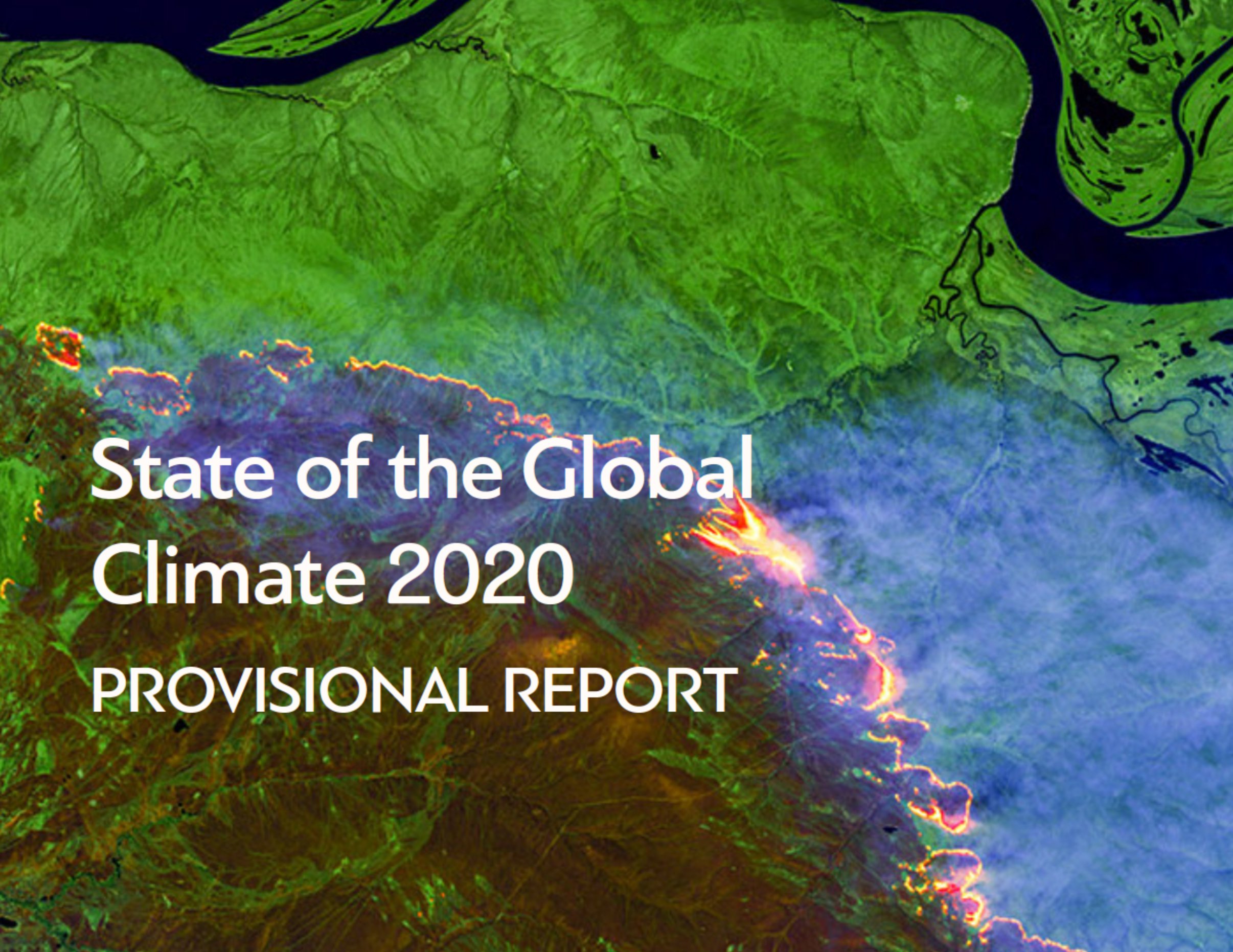 The World Meteorological Organization (WMO) has released its provisional report on the State of the Global Climate 2020, with data from January to October 2020.

Climate change has continued its relentless march in 2020, which is on track to be one of the three warmest years on record. 2011-2020 will be the warmest decade on record, with the warmest six years all being since 2015.

Ocean heat is at record levels and more than 80% of the global ocean experienced a marine heatwave at some time in 2020, with widespread repercussions for marine ecosystems already suffering from more acidic waters due to carbon dioxide (CO2) absorption.

The report, which is based on contributions of dozens of international organisations and experts, shows how high-impact events including extreme heat, wildfires and floods, as well as the record-breaking Atlantic hurricane season, affected millions of people, compounding threats to human health and security and economic stability posed by the COVID-19 pandemic.

Despite the COVID-19 lockdown, atmospheric concentrations of greenhouse gases continued to rise, committing the planet to further warming for many generations to come because of the long lifetime of CO2 in the atmosphere, according to the report.

“This year is the fifth anniversary of the Paris Agreement on Climate Change. We welcome all the recent commitments by governments to reduce greenhouse gas emissions because we are currently not on track and more efforts are needed.”

“2020 has, unfortunately, been yet another extraordinary year for our climate. We saw new extreme temperatures on land, sea and especially in the Arctic. Wildfires consumed vast areas in Australia, Siberia, the US West Coast and South America, sending plumes of smoke circumnavigating the globe. We saw a record number of hurricanes in the Atlantic, including unprecedented back-to-back category 4 hurricanes in Central America in November. Flooding in parts of Africa and South East Asia led to massive population displacement and undermined food security for millions.”

You can read the full provisional report here.