President David Griggs is an adjunct Professor of Sustainable Development at Monash University in Australia and an Honorary Professor at Warwick University in the UK. He has been the Director of the Warwick Institute for Global Sustainable Development, Monash Sustainability Institute and CEO of ClimateWorks Australia - an independent research-based non-profit organisation committed to catalysing greenhouse gas emissions reductions.

Previous positions held include Met Office Deputy Chief Scientist, Director of the Met Office Hadley Centre for Climate Change, and Head of the Intergovernmental Panel on Climate Change (IPCC) scientific assessment unit. David was heavily involved in the development of the UN Sustainable Development Goals (SDGs), including representing the Science and Technology Major Group in the SDG negotiations at the UN.

In 1992, he was awarded the World Meteorological Organization Vilho Vaisala award and a WME Leaders List Award in 2014 – awarded by Australia’s leading environment business magazine to honour individuals who have provided extraordinary environment leadership.

“When I was elected as President, the thing I was looking forward to most was meeting staff and volunteers, attending stimulating conferences and meetings, visiting local centres and generally immersing myself in the work of the Society. But that was BC (Before COVID), so I will still try and do all of that, but virtually for now.

The Society does great work and one of the major challenges will be to keep that going as seamlessly as possible during COVID, and even to enhance some of our offerings. But also, over the last 13 years I have branched out from climate change, and what quickly became obvious is how critical weather and climate are to all aspects of sustainable development, from hunger and poverty to health and equality and even peace and security. And in many cases that importance is not recognised, and weather and climate information is not utilised. So, I would like the Society and its members to become key players in creating a sustainable future for the world by really promoting the importance of weather and climate across all aspects of sustainable development." 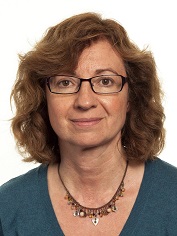 Vice-President Professor Lesley Gray works as an atmospheric researcher at the National Centre of Atmospheric Science (NCAS) unit based in the University of Oxford Physics Department, where she is Professor of Climate Dynamics. She has many years’ experience of leading both national and international research projects and her expertise is in understanding and modelling dynamical processes in the stratosphere with an emphasis on natural variability and its impacts at the Earth’s surface.

Lesley has been a long-standing member of the Royal Meteorological Society, a previous Council Member and recently completed her five-year term as a Chief Editor of the Society’s Quarterly Journal. She is looking forward to learning more about the many different activities of the Society and getting to know the people involved. Her main aim is to maintain the Society’s role in a fast-changing world so that it continues to reach out and meet the needs of its diverse membership, from primary school age to retirement and across the working spectrum from academic researchers through to commercial providers and interested members of the public. 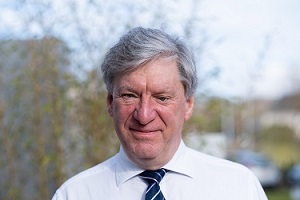 Vice-President for Scotland Gary Johnston is not a Meteorologist, but the Managing Director of the north of Scotland’s largest leading architectural and town planning firm based in Inverness. In the knowledge that a quarter of the Society’s membership are enthusiasts, he felt his appointment would let them know that the Society really does represent all its members and that enthusiastic amateurs can play a vital role in the development of the organisation.

Gary completed the Open University course on weather and shortly afterwards joined the Society. He was instrumental in setting up the local group in Inverness and joined the Scottish Centre Committee. Since taking up his interest in meteorology, Gary has built a comprehensive weather station and weather website, assisted with various meteorological software development projects, and completed several courses mainly regarding satellite observations and communications.

During office, Gary hopes to ensure good video conferencing systems are in place for local centres and once COVID-19 has abated, encourage people to have the confidence to attend regular meetings in person. Gary thinks it is the responsibility of all members to ensure that climate change issues remain at the top of the news agenda and see more support for innovative solutions and new technologies to help address the global issues. At a more local level Gary would like to encourage new members to join the Society, including professionals, amateurs, students and people with a general interest in the weather and climate.

“It has been a pleasure working with David over recent years and I’m sure you will join me in thanking him for his significant contributions. I recall a conversation with David at an AGM a few years ago - he was keen to support the Society’s activities and we explored a number of opportunities. This led to the launch of the Climate Science Special Interest Group which has delivered a number of important events and partnerships. His enthusiasm and commitment continued as he took up the role as President in 2018. I’m sure David will carry on playing an important role in supporting the Society.”

In his departing statement David commented:

“Two years as President has passed very quickly. It has been a privilege to work with so many dedicated people, both staff and volunteers, and to contribute to the smooth running of the Society.

Apart from chairing Council, I have taken part in many of the Society's meetings and conferences and have enjoyed a range of speaking engagements including the Presidential address and visiting local centres to talk about climate change science and policy. The COVID 19 Virus has meant that my last six months have been conducted remotely but we have managed to have a successful on-line Council meeting and AGM. Membership numbers are holding up and the Society's finances remain strong. Our publishing capability has expanded with a new on-line journal, Climate Resilience and Sustainability, to be launched in the New Year. Climate change with its related weather impacts means that the Society's relevance will continue to grow and presents us with an obligation to provide unbiased scientific information for the benefit of all.”

The Society is also looking to fill vacancies for Members of Council retiring on 30 September 2021. The positions are as follows:

The role description for these vacancies can be found here.

Please apply with a CV and covering statement to general.secretary@rmets.org detailing your skills, experience and qualifications for the role. To apply for the position applicants must be current members of the Society or prepared to join the Society before taking up the position.