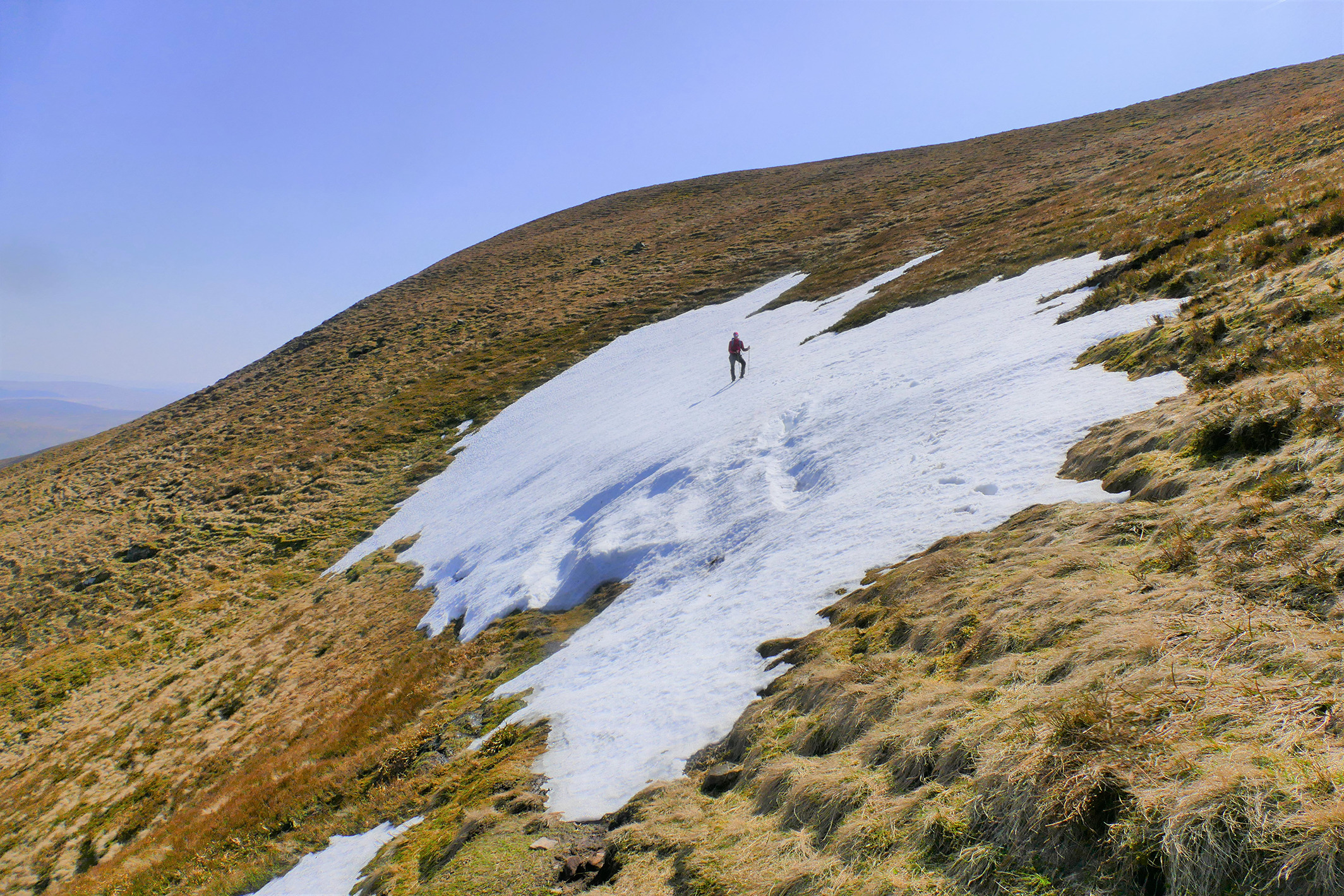 Iain Cameron has continued this work and along with a team of volunteers they have been exploring the Highlands for over 15 years. Their findings in the 24 reports published in Weather so far, have supported climate scientists in their understanding of how our changing climate is impacting our landscape.

Collecting such data over many years and routinely adding to it helps scientists identify any significant trends and explore whether poor snow survival is indicative of long-term warming, or merely a short-term (annual or decadal) event linked to natural climate variability.

Observations for the latest report were recorded throughout 2019 by the authors (Iain Cameron and Blair Fyffe) and amateur enthusiasts. During August 2019, both authors conducted the 12th consecutive all-Scotland survey (the first occurred in 2008). Only eight snow patches were counted across the country during the survey – the second smallest total after 2017 (within which three patches were observed). By the end of August, for the third consecutive year, snow had completely disappeared from Ben Nevis, Britain’s highest peak.

Fast forward a few weeks and the authors discovered three snow patches survived until October – one at Aonach Beag and the other two at Braeriach’s Garbh Choire Mòr - The Sphinx and Pinnacles patches. The latter two are the UK’s historically longest lasting snows and are named after the rock climbs above them.

Previous reports on the survival of Scottish snow patches have shown no patches survived through 2017 and only one patch survived at Aonach Beag in 2018.

Taking into consideration 2019’s findings, the authors conclude that this is the lowest 3-yearly total since comprehensive records began.

Snow patches are ecologically important as their microclimate influences the type of vegetation that can grow in the immediate vicinity. Underneath, species of mosses, lichens and liverworts thrive in the arctic environment, whilst grass often bursts to life where the fringes begin to melt. Upland creatures and birds are also known to drink this water during hot weather and use it as refuge from biting insects. If we see a decline in snow patches, there will undoubtably be a number of ecological consequences.

The 24th annual report on the survival of Scottish snow patches covers 2019 and can be read in full in July’s issue of Weather. This article will be freely available for 2 weeks.

Iain has also published a further report in our Weather journal on snow patches in England and Wales during Spring 2020.

You can watch a recent BBC Scotland feature on Iain Cameron and snow patches here: (21mins 28secs into the episode).

Image: Author Iain Cameron stands on the last patch of snow south of the Central Belt, at Cramalt Craig on 22 April 2019. On this date, it was 50m long. (© Iain Cameron.)