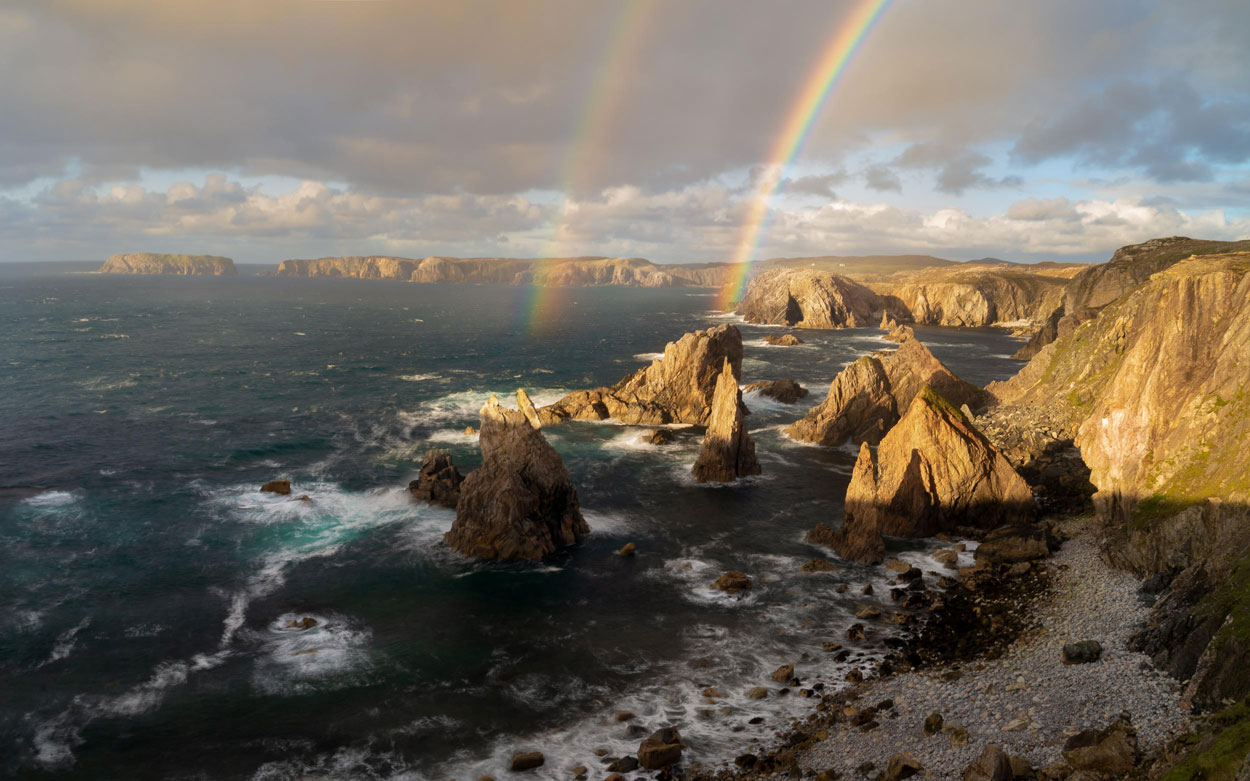 Story behind the photo: My wife and I visited the Isle of Harris and Lewis on holiday for a week. One evening, after a day out on Lewis, we stopped off at Mangersta sea stacks one evening. It was pretty windy on the cliff tops, making long exposures quite challenging. All of a sudden a few rain showers passed over as the late evening light broke though, providing an amazing set of rainbows!

Weather Caption: To see a rainbow, the sun must be behind an observer’s back and water droplets in front. The sunlight is then refracted and reflected in the raindrops, producing a rainbow. The sunlight entering a raindrop can be reflected more than once and it is the rays escaping after two reflections that make a second rainbow. The second rainbow is fainter and broader than the primary and its colours are reversed, with the violet light coming from higher raindrops and the red right from lower raindrops. Double rainbows are relatively common, especially when the sun is low in the sky.