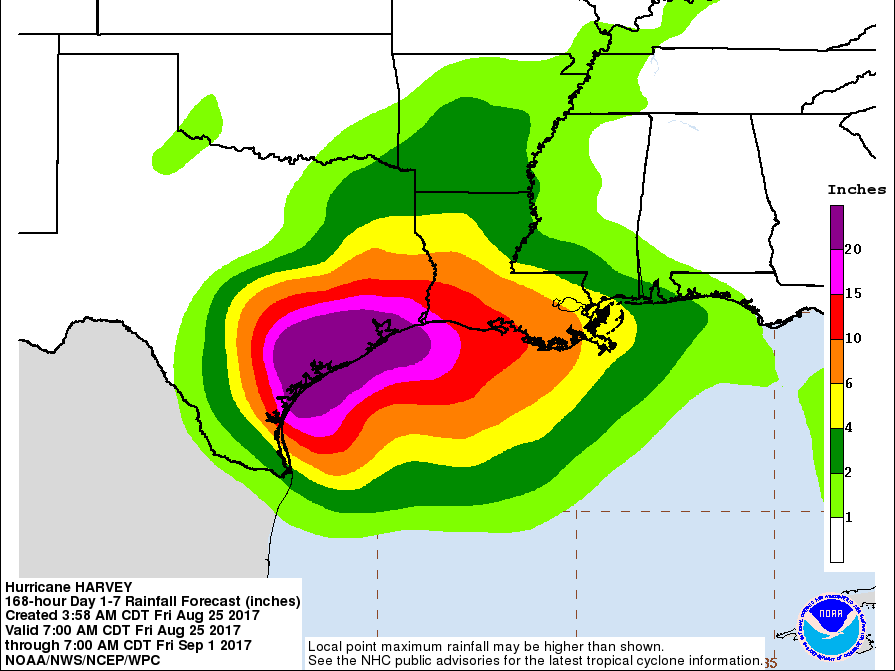 Hurricane Harvey brought “catastrophic” flooding to the US state of Texas at the end of August, in what could be the costliest storm in US history, with damage estimated to be in the billions of dollars. In addition, Harvey deposited the heaviest total rainfall from any tropical cyclone in the continental US in records dating back to 1950, topping the 48-inch storm total in Medina, Texas, from Tropical Storm Amelia in 1978.

The very slow-moving weather system made landfall on Friday, 25th August 2017, as a category four hurricane and deposited a record 1318 mm (51.88 inches) of rain on Ceder Bayou (just outside Houston) in just four days, turning roads into rivers as successive rainbands swept north  (To put it into perspective, that is more than Manchester receives in an entire year!) The unprecedented, waist-high flooding left 17,000 people needing to be rescued, caused schools, airports and oil refineries to close, overwhelmed a major dam, and left hundreds of thousands of homes without electricity across southeast Texas. Sadly, at least 60 people are reported to have lost their lives in the state, which also suffered huge destruction following Hurricane Katrina in 2005.

But, what is a hurricane and how are they formed?