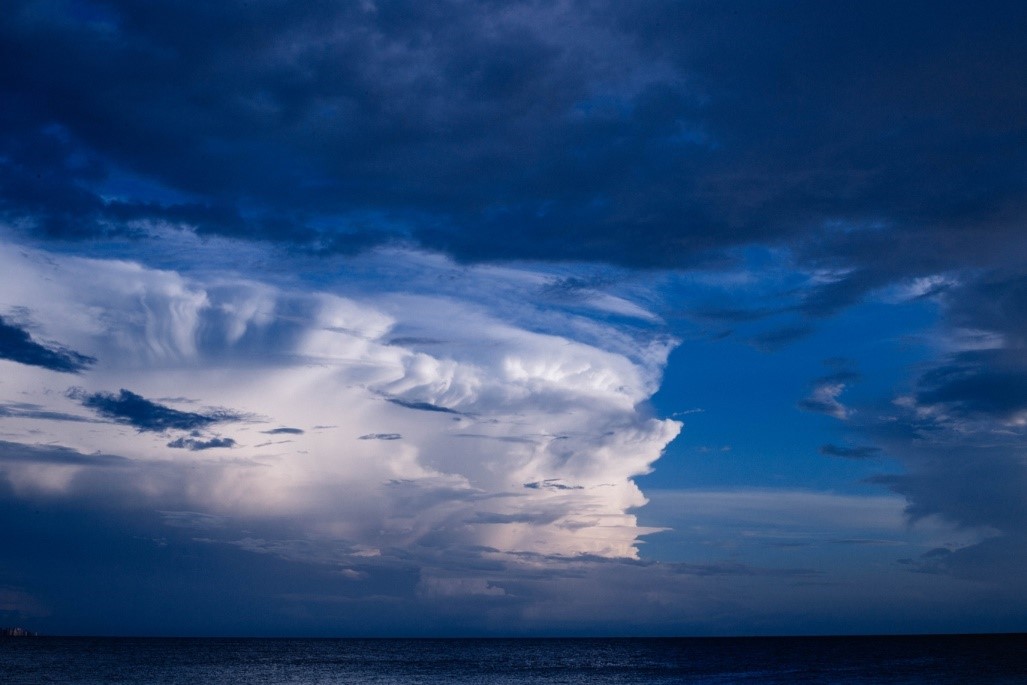 When is air stable or unstable ?

Meteorologists often talk about the atmosphere being either stable or unstable. But what does this mean?

The clearest way to observe the difference between a stable and an unstable air mass is to look at the clouds:

What makes air stable or unstable?

It is the vertical profile of temperature, or lapse rate of the atmosphere, which determines whether an air mass is stable or not. The temperature can be measured using an electronic thermometer attached to a helium-filled weather balloon released from the ground. As it ascends, the readings are transmitted back to earth, and, under normal circumstances, the temperature would be found to fall with height. But it does not always fall at the same lapse rate. If it falls rapidly with height, the atmosphere is said to be unstable; if it falls more slowly (or even temporarily increases with height), a stable atmosphere is present.

What happens to make clouds appear different in stable or unstable conditions?

In a recent post, Frank Barrow described adiabatic processes involving ‘parcels’ of air rising through the atmosphere. These ‘parcels’ are subject to decreasing pressure as they ascend, and adiabatic cooling results. The rate of cooling is known as the adiabatic lapse rate. Warm air is less dense than cold air. Therefore, if the air ‘parcel’ cools to a lower temperature than the surrounding air it has risen into, it will stop rising. Any cloud which may have formed inside the ‘parcel’ during the adiabatic cooling process will be of limited vertical extent, as shown in Image 1. 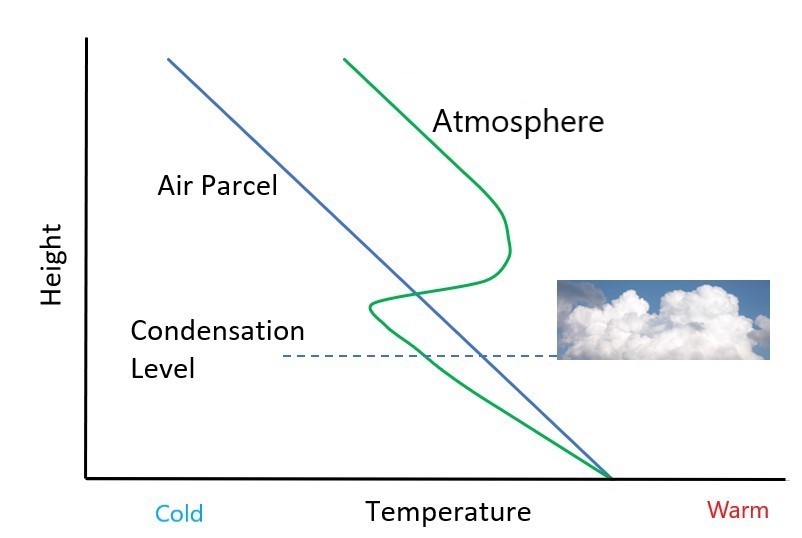 Image 1: Graph of height against temperature in a stable situation with a temperature inversion (a layer in which the atmosphere warms with height). The air ‘parcel’ starts warmer than the atmosphere at low levels, and therefore it rises. However, it becomes cooler than the atmosphere above the level where the lines intersect. Consequently, it stops rising at that point. If the ‘parcel’ has cooled enough to enable condensation to occur (at the condensation level), only clouds of limited depth result.

However, if the air into which the ‘parcel’ has risen turns out to be colder than the ‘parcel’ itself, despite its adiabatic cooling, it will continue to rise more strongly. Consequently, any cloud formed in this situation will have a marked vertical extent, as in Image 2. 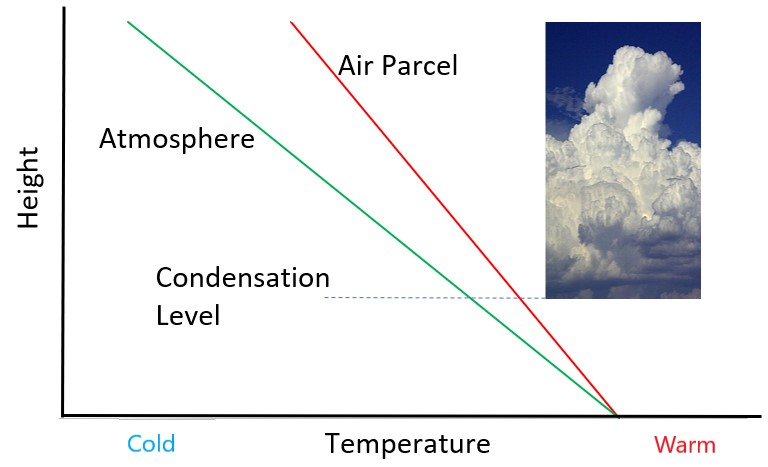 Image 2: Graph of height against temperature in an unstable situation. The air ‘parcel’ is always warmer than the atmosphere at every level above the surface and therefore keeps rising when the ‘parcel’ cools enough to enable condensation to occur (at the condensation level), tall cumulus clouds result.

There are several mechanisms by which air can be encouraged to start rising. These include:

Those April Showers, made famous by the rhyme, are therefore the result of instability in the atmosphere and a trigger to get them started. However, in reality, things are a little more complicated. For a start, the value of the adiabatic lapse rate is not constant, depending upon both the temperature itself and whether or not cloud is forming as the parcel rises. Then, there is the intermediate position between stability and instability, a phenomenon known as conditional instability. That is when the atmosphere is essentially stable until something happens to flip the situation into an unstable one. But more of that in a future post…