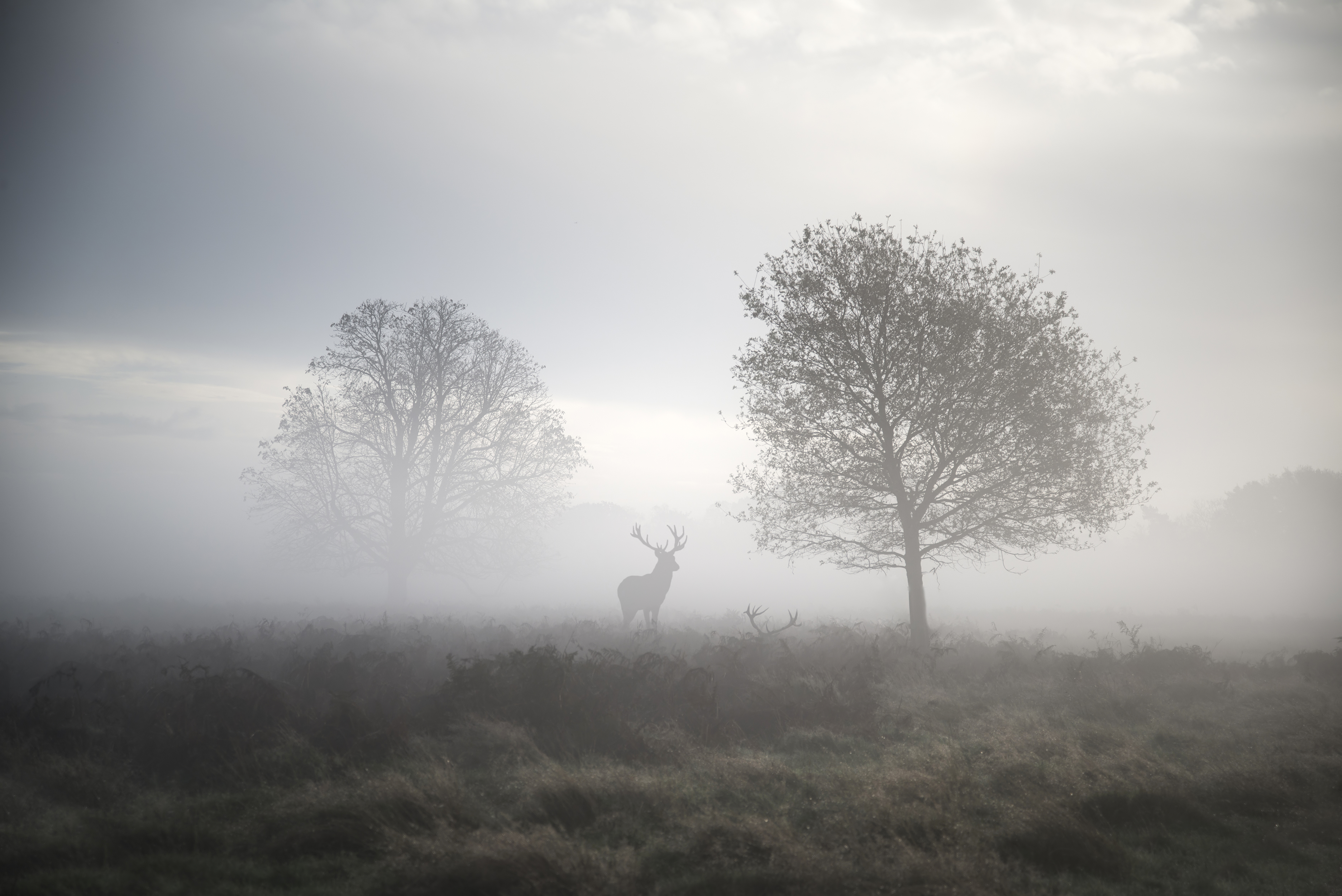 Why is it that fog often forms in autumn and winter, and is there an easy way to predict when it will clear?

Let's start by clearing up the difference between fog, mist and haze. It's all to do with visibility and relative humidity – a measure of the amount of moisture in the air compared to the amount it could hold.

So what actually is fog? Basically, it's tiny water droplets suspended in the air, just like a cloud but much lower down. These tiny lightweight droplets measure between 0.01mm and 0.1mm in diameter and cause any light to be reflected off in different directions – resulting in the whitish veil.

Fog forms when relatively moist and mild air close to the ground cools quickly, causing the moisture in the air to condense and become visible to us. This normally happens in autumn and winter under clear skies, as heat from the ground can quickly escape and the temperature rapidly drops. Winds need to be light too or the fog would be dispersed. Fog is especially common if there is a source of water nearby, such as a pond or marsh. 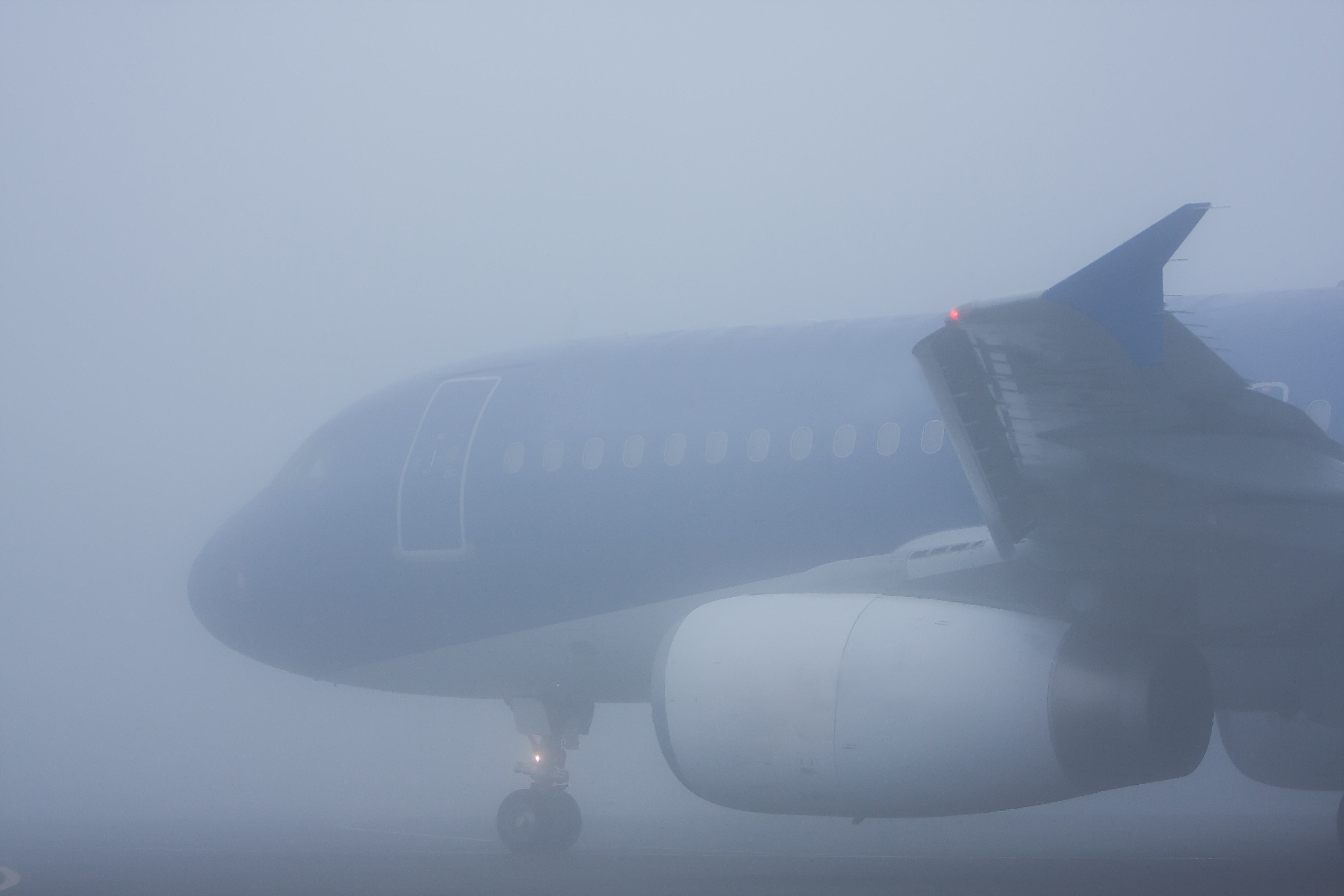 The thickness of the fog is determined by the amount of moisture in the air and the length of time the air is cooled for – longer nights mean thicker fog. The thickest fogs tend to occur in industrial areas where there are many polluted particles on which water droplets can grow. The yellowish-green appearance of smog, or smoky fog, led to the name "pea-souper", caused by air pollution containing soot and sulphur dioxide. Smog was common in cities during the 19th and 20th centuries due to the burning of coal for heating and industrial processes.

When forecasters talk about dense or thick fog, they aren't just grabbing at adjectives. If the visibility is below 50 metres, which is when it causes the most disruption to the public and transport, then we talk about dense fog. When we talk about thick fog, that's below 200 metres, while below 1000 metres is often referred to as aviation fog as this is the limit most likely to cause problems for aviation purposes.

Radiation, valley, upslope, advection, evaporation, freezing and ice – there are many types of fog out there. Here's a quick guide to which is which.

Radiation fog usually occurs in winter under clear skies and light winds. The land cool overnight, cooling the air close to the surface. The cooler air can't hold as much moisture so it condenses into fog. Radiation fogs usually lift soon after sunrise as the ground warms up.

Valley fog forms where cold dense air settles in the lower parts of a valley, this kind of fog can last for several days in calm conditions during the winter months. Moving from the valleys to the hills, upslope fog or hill fog forms when winds blow air up a slope. The air cools as it rises allowing the moisture in it to condense.

Advection fog occurs when moist air is cooled as it passes over a cold surface. It is common at sea when moist air moves over cooler waters and if the wind is in the right direction the sea fog can be transported further inland. North-Sea-facing coasts of the UK are particular prone to such coastal fogs. These usually occur in spring and summer and locals refer to them as haar (in Scotland) or fret (in northeast England).

Evaporation fog, also known as steam fog, frost smoke or Arctic sea smoke, is caused by cold air passing over warmer water or moist land. When some of the relatively warm water evaporates into the lower air layers it warms the air causing it to rise and mix with the cooler air, this again leads to condensation and fog. Evaporation fog can happen when cold air moves over heated outdoor swimming pools and is usually quite a shallow feature.

Freezing fog is composed of supercooled water droplets, which remain liquid even though the temperature is below freezing. The characteristic feature of this fog is rime – feathery ice crystals that get deposited on the windward side of just about any surface, such as lamp posts, overhead wires, trees and so on. Freezing fog is often accompanied by freezing drizzle, which leads to a film of ice coating surfaces.

When will the fog lift?

There is a rough rule of thumb to help work out when overnight radiation fog will clear, usually referred to as the Barrow Fog Clearance Technique.

The most important factor is when the sun rises. Once the sun gets to work the fog will either lift into low cloud or holes will appear and it will eventually clear. But if the temperature doesn't rise enough to evaporate the fog then it will persist.

Take the month of the year you are in, for example September. That's the ninth month so fog should clear by 9am. For October it's 10am, 11am for November and midday for December if it clears at all... Head into the new year and it's 13 minus the month, so 12pm for January, 11am for February and 10am for March.

It might sound silly, but you'd be amazed at how often it holds true.