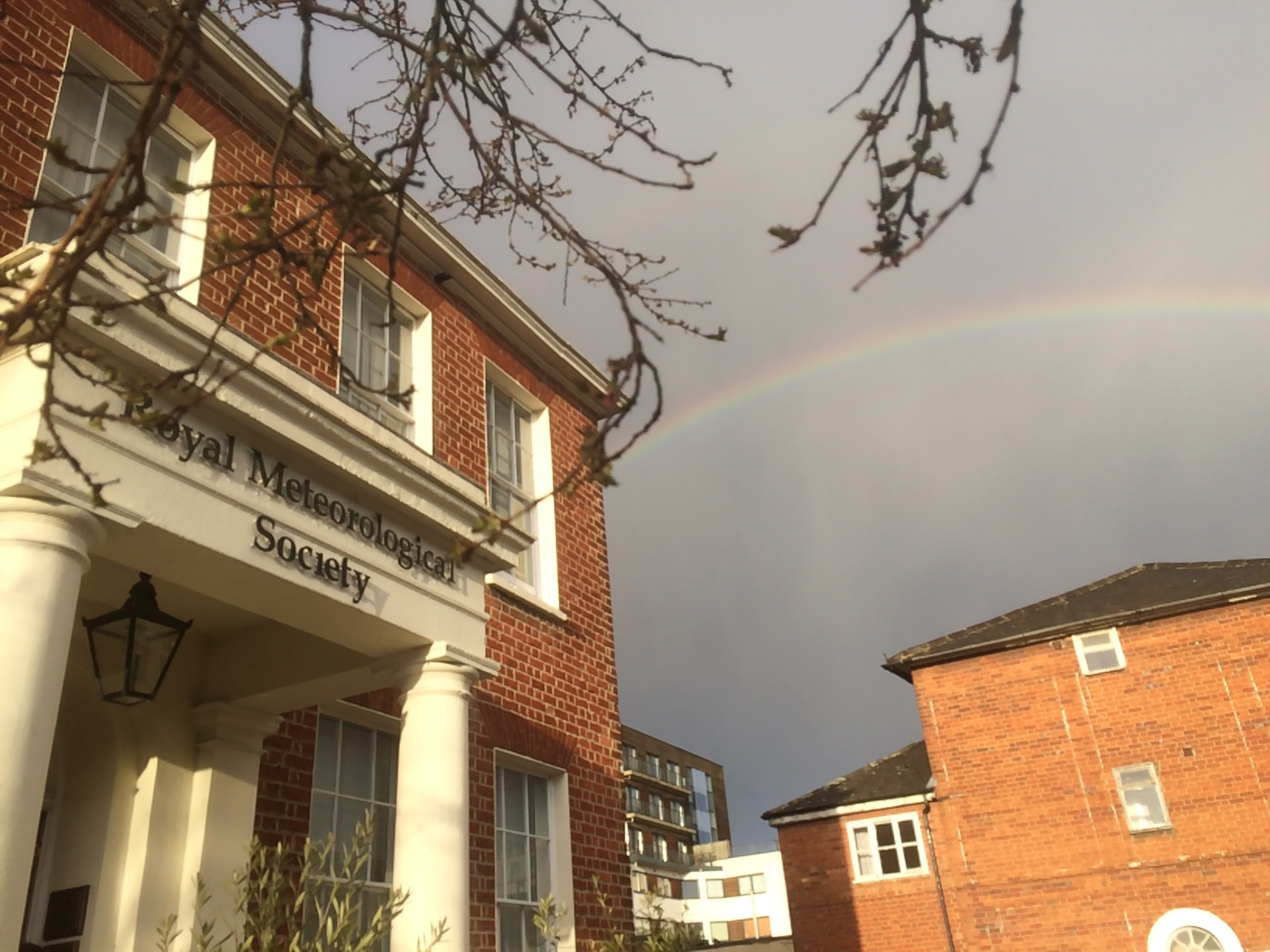 How Are Rainbows Formed?

Over the last couple of months, you may have noticed rainbows appearing frequently on social media and in your local neighbourhood. At the beginning of the coronavirus pandemic in the UK, children were encouraged by their schools and preschools to paint rainbows and display them at home on their windows as a message of hope and solidarity during uncertain times.

Rainbows are one of the most admired meteorological phenomena across the globe, but how are they formed?

Rainbows are formed when light from the sun is scattered by water droplets (e.g. raindrops or fog) through a process called refraction. Refraction occurs when the light from the sun changes direction when passing through a medium denser than air, such as a raindrop. Once the refracted light enters the raindrop, it is reflected off the back and then refracted again as it exits and travels to our eyes.

But how does refraction result in a rainbow’s colours?

Sunlight is made of many different wavelengths, or colours, that travel at different speeds when passing through a medium. This causes the white light to split into different colours. Longer wavelengths appear as red and shorter wavelengths appear as blue or violet. We see the colour spectrum of the rainbow as the light passes through the raindrop at different angles of approximately two degrees, from red to violet. This is not a true spectrum as the colours mix and blur throughout the spectacle. The angle of scatter from raindrops is different for everyone which means that every rainbow is unique to the observer.

However, for the observer to see a rainbow, they must be in a specific position relative to the sun and water droplets -

You can usually see rainbows in the sky for an hour. In 2017, theWeather Club - now MetMatters - documented a record-breaking rainbow reported in Taiwan. The rainbow apparently lasted 9 hours and was witnessed over the Chinese Culture University in the mountains of Taipei.