Prize for original research, innovation and significant contribution to meteorology and its application

The Hugh Robert Mill Award is awarded biennially for original research into the distribution or variation of rainfall or its application to meteorology or a related science.

The Innovation Award is awarded biennially in recognition of contributions from both the professional and amateur community and outstanding contributions to the work of national and international meteorological field campaigns.

The Vaisala Award is awarded biennially to recognise individuals or teams within the amateur community, academia or business who have made significant contributions to the field of observation and instrumentation. 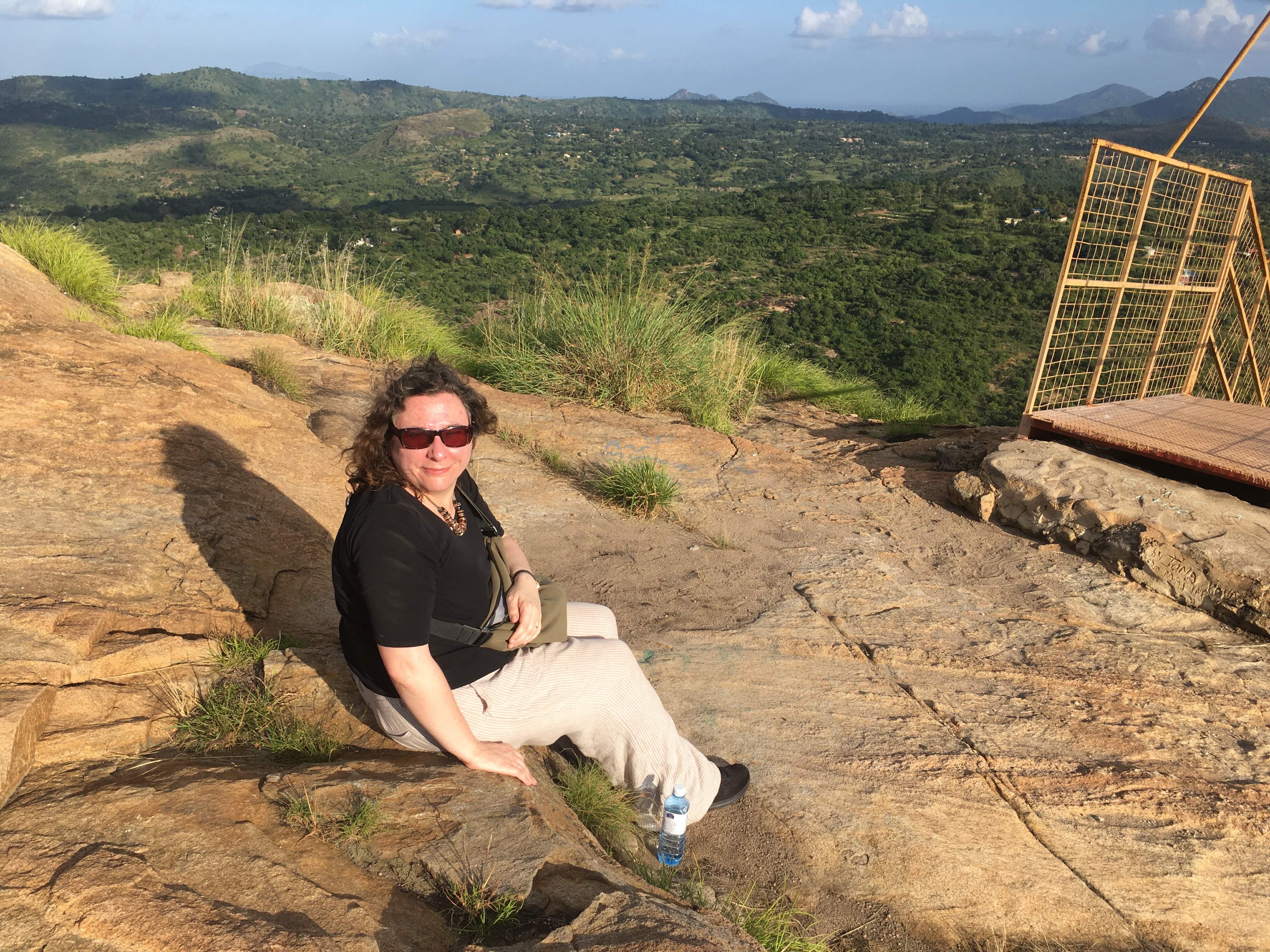 Professor Emily Black has pioneered a growing body of original research into the fundamental understanding of the distribution of precipitation and harnessing this knowledge for the benefit of society. Leading the University of Reading’s TAMSAT group from the Department of Meteorology, she has developed new techniques to improve daily rainfall estimates, combining satellite and rain gauge data with detailed physical theory. This information is being exploited to improve livelihoods through novel applications such as index insurance and early warning systems as well as comprehensive training workshops that empower African meteorological agencies and worldwide organisations to exploit satellite-based rainfall estimates and additional hydrometeorological products. Professor Black’s novel, sustained and societally beneficial activities are fully deserving of recognition by the Royal Meteorological Society’s Hugh Robert Mill Award.

Combining detailed understanding of meteorological processes with regional expertise and inter-disciplinary collaboration, Professor Black has substantially widened the applications of precipitation estimates across an extensive and diverse range of projects. These have helped in strengthened resilience to agricultural drought in Africa through the development of an agricultural drought forecasting system; building capability for early warning of atmospheric hazard in developing countries; understanding how precipitation alters in a changing climate and how crops are affected. These projects actively involve industry and organisations in planning and decision making, but also individual farmers and practitioners reliant upon knowledge of rainfall across Africa. Results have been published widely, including within the Royal Meteorological Society’s journals, attracting high numbers of citations.

Professor Black has ensured that detailed knowledge and approaches instilled within her group flourish through attention to personal development opportunities. She contributes extensively to teaching and supervision of postgraduate and undergraduate students as well as managing many early career research staff. This is, and will continue to be, of great benefit for future leaders and practitioners dealing with hydrological processes in a changing climate. She also contributes strongly to the wider community through external activities as well as acting as a long-standing Associate Editor for the Royal Meteorological Society’s Atmospheric Science Letters journal. Extensive outreach including training and knowledge exchange activities, media engagement and commercial partnerships are rooted in bringing fundamental understanding of rainfall distribution to benefit livelihoods, leading the contribution from the University of Reading and externally with partners across the UK and internationally.

In summary, Professor Emily Black has led novel, sustained and influential activities which have advanced fundamental understanding of the distribution of precipitation in the past, present and future, and crucially harnessed this knowledge for the benefit of society. She is a worthy and deserving recipient of the Royal Meteorological Society’s Hugh Robert Mill Award. 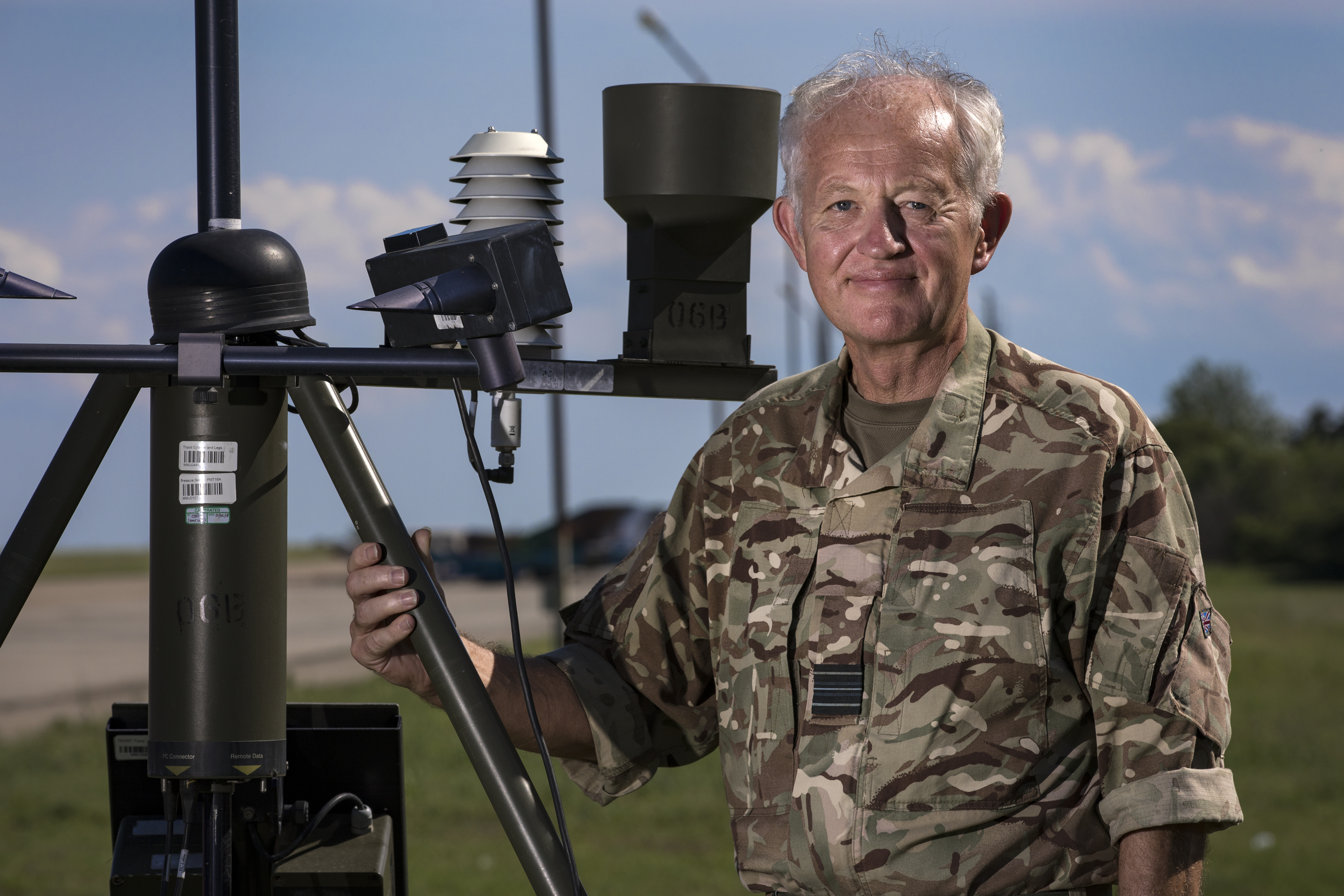 Sqn Ldr Ken Horn has been a natural leader and innovator over his long and very successful career both as an Operational Meteorologist in the Met Office and in the RAF. Sqn Ldr Horn’s passion and expertise in global meteorology as well as his enthusiasm to pass on this knowledge and experience, makes him a key expert and mentor in Global Operational Meteorology.

Sqn Ldr Ken Horn has spent over 40 years in the Met Office. Starting off as an observer at RAF Carlisle in 1975, after gaining an HNC while working at Newcastle Weather Centre, he was selected for forecaster training, qualifying in 1983. Since then he has held many forecasting posts at many Met Office locations in the UK and overseas which including period as Chief Forecaster at the Met Office Defence Met Centre at HQ Air Command between 2004-8.

In 1990 Ken joined the Mobile Met Unit (MMU) which is the Met Offices’ RAF Reserve Unit, that supports UK operations and exercises across the world. Within weeks of commissioning he was deployed to The Persian Gulf in support of UK and coalition forces during Gulf War One. Over the coming 30 years Ken has deployed over 75 times in support of UK and NATO operations, as well as numerous exercises’ in the UK and across the world. In 2018 the RAF recognized, Ken’s huge contribution to operations, when he was awarded a Chief of the Air Staff ‘s Commendation. This was presented in person by Chief of the Air Staff, Air Chief Marshall Sir Stephen Hillier on 1 Nov 2018 and it was a mark of the high regard the RAF has for Ken, that Sir Steven presented this award in person whilst Ken was deployed on Operations in Afghanistan.

Throughout his career Ken’s passion and influence especially when training and mentoring less experienced meteorologists, has been an inspiration to everyone. Going back to basics, ”no NWP days,” and using all your senses when observing the weather, have been but a few examples of Kens mentoring and coaching that have been more widely adopted.

His influence is not restricted to Met Office staff, as he is also noted for passing on his passion and knowledge of meteorology to his many customers: from the most senior to the most junior of personnel. Many a time when off duty when deployed with MMU, Ken can be found surrounded by a group people, many of whom are not usually direct customers of the services, but who are non the less captivated by his passion and enthusiasm, kindling within them an interest in weather and climate.

Ken’s endless energy and drive for excellence, means he has made a significant contribution in the educating, informing and motivating of countless Meteorologists on their future careers in Meteorology as well as other customers both in and outside of the Met Office. 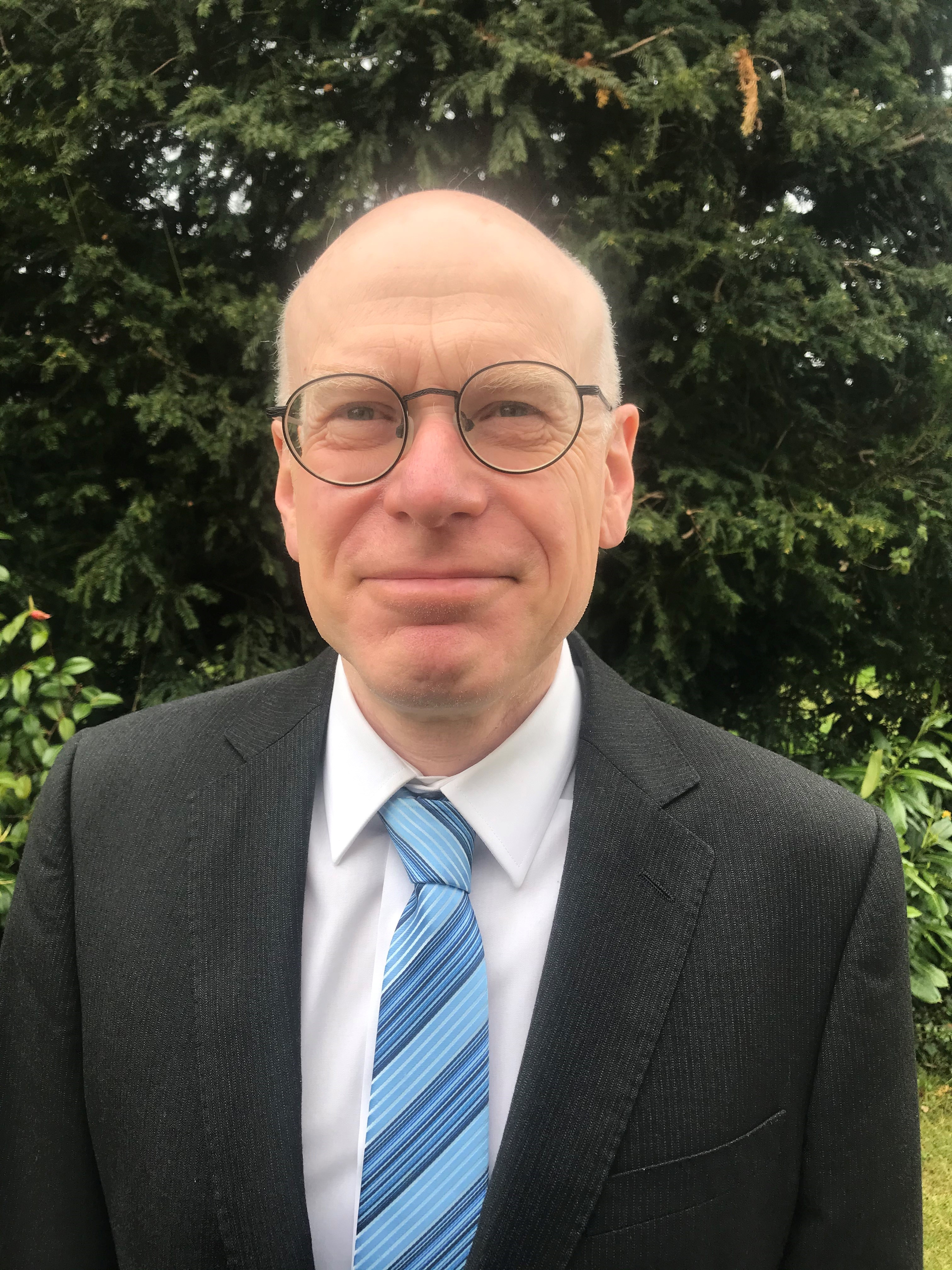 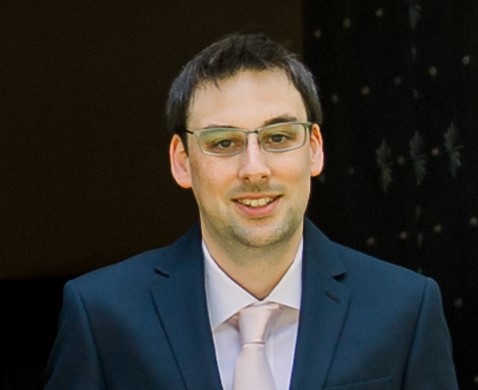 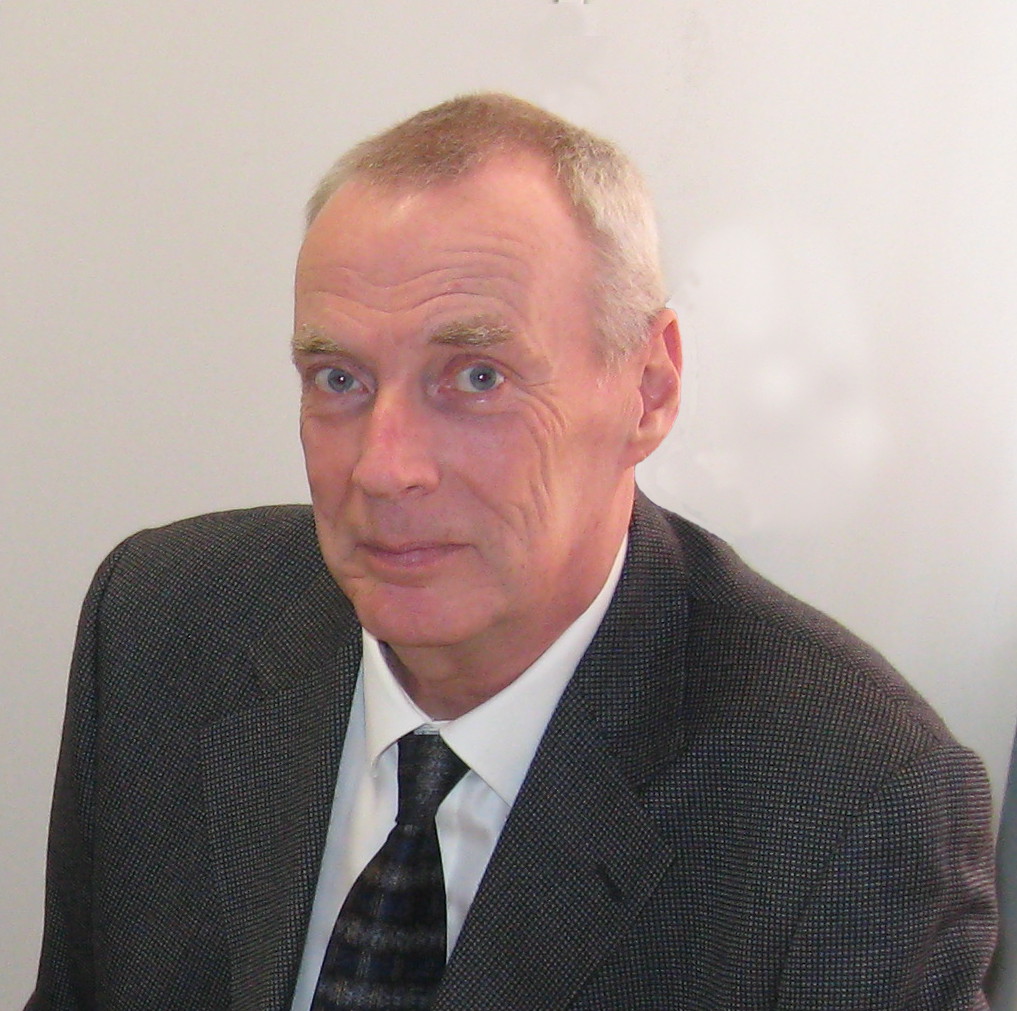 Recent rapid advances in high-resolution regional numerical weather prediction (NWP) has seen the rate of increase in model grid resolution outstrip the growth in the density of observations of the atmosphere. While there will always be a requirement for a backbone of managed meteorological observations networks, we must also increasingly turn to novel sources of meteorological information to complement these data in order to initialise and verify the models. Mr Malcolm Kitchen, Dr Ed Stone and Mr Steve Addy are awarded the Royal Meteorological Society’s Vaisala Award 2020 for their contribution to making these novel observation ideas a reality.

Mode-Selective (S) Enhanced Surveillance (EHS) (“Mode-S”) data are aviation standard broadcasts issued by the majority of civil aircraft when interrogated by aviation surveillance radars. The transmissions are free to intercept and, with suitable low-cost hardware, the messages can be decoded to give details of aircraft location, height, heading and ground speed. Further processing and quality control can then be applied to derive winds at the location of the aircraft (and also a lower quality air temperature) at whatever altitude the aircraft is flying. The possible meteorological application of Mode-S data was initially proposed to the Met Office by Steve Addy in early 2011 via call to the Office’s Weather Desk. Working with Malcolm Kitchen, he developed the initial software to decode the Mode-S messages. The work was then fully brought into the Met Office where Malcolm Kitchen demonstrated that the data could indeed be quality-controlled to a high enough standard to be fit for use in the data assimilation systems used to initialise operational NWP models. The baton was passed to Dr Ed Stone, who then turned the validated concept into a working pre-operational network of receivers sited on the Met Office’s radar sites.

Rolling forward to the present day, and with significant input from many talented individuals from across the Met Office, Mode-S data are now a significant operational data source in its 1.5 km resolution UK NWP model. It is believed that this initiative represented the first operational use of Raspberry Pi in UK government.

The current UK network of receivers now stands at nine, including three that were added in 2020 to improve coverage of conventional aircraft-based measurements, which was severely impact by the reduction in flight numbers due to Covid-19. Prior to 2020, Mode-S typically delivered approximately 7,000,000 wind observations aloft daily over the UK domain, including 400,000 below 5000 ft. This number will continue to increase as part of the ongoing development of a European Mode-S data hub, led by KNMI with the full involvement of the Met Office.

Mr Malcolm Kitchen, Dr Ed Stone and Mr Steve Addy are being awarded the Royal Meteorological Society’s Vaisala Award 2020 in recognition that they propelled this idea into reality, whilst also acknowledging the wider cast of talented colleagues and collaborators (both in the Met Office and internationally) who have been instrumental in developing this capability.