We may not get “proper” hurricanes in the UK, but our weather can be affected, both directly and indirectly, by the storms that form during the Atlantic hurricane season. The 2022 season may have started off more quietly than expected, but tropical cyclone activity has ramped up recently.

Before we look at why, let’s go back to basics. Hurricanes begin their lives as clusters of clouds and thunderstorms called disturbances and require a number of ingredients to be in place for them to grow into tropical storms or hurricanes. They form over tropical or subtropical waters and require sea surface temperatures of at least 26.5C, drawing their energy from the warm ocean water.

As they then move over cooler waters or make landfall (track over a landmass) they lose their source of energy and weaken. Hurricanes also require low wind shear in order for them to develop – this means that the winds do not change in speed or direction as you go up through the atmosphere, allowing the storm cloud to rise vertically. This organised system of clouds and thunderstorms rotates anticlockwise (in the Northern Hemisphere) and has a closed low-level circulation.

But when would Tropical Storm Fiona become Hurricane Fiona? To reach hurricane status the maximum sustained winds need to reach motorway speeds, 74 mph or higher. Satellite pictures have revealed that some hurricanes, usually the strongest ones, have an eye – an area of relative calm at the centre. The area surrounding the eye is called the eye wall, where the storm's most violent winds occur. The bands of thunderstorms that circulate outward from the eye are called rain bands. These storms play a key role in the evaporation/condensation cycle that feeds the hurricane.

Hurricanes don’t just form in the Atlantic, they also develop in the central and eastern North Pacific. And elsewhere in the world they are referred to as typhoons in the northwest Pacific, while similar storms in the Indian and South Pacific Oceans are known as cyclones.

During the peak of the hurricane season, tropical disturbances frequently move off the west coast of Africa. As they track across the warm ocean waters, there is a combination of factors that aid storm development, such as plenty of moisture, increasing sea surface temperatures and low vertical wind shear – the winds do not change much in speed or direction as you go up through the atmosphere. Saharan dust, which can suppress tropical cyclone activity, is also less widespread compared with earlier in the season. 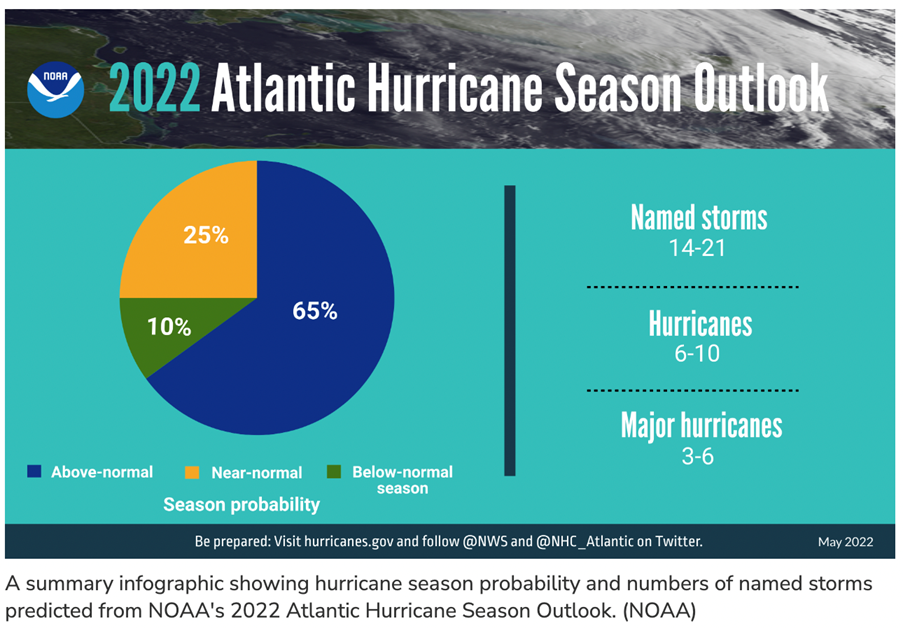 However, during the first half of the 2022 Atlantic hurricane season, tropical cyclone activity was quiet. During June and July 2022 there were three named storms and no hurricanes in the Atlantic Basin. It was also the first time since 1982 that the season had gone from early July to late August without any storms forming.

We have seen a quiet Atlantic #HurricaneSeason so far...

It is also the first time since 1982 that we have gone from early July to late August without any storms pic.twitter.com/NB1QGyPsGz

There were a few reasons for the quiet activity during the first half of the 2022 Atlantic hurricane season.
•    The development of below normal sea surface temperatures in the subtropical Atlantic.
•    Stronger vertical wind shear – this meant that the winds changed speed and direction with height up through the atmosphere.
•    Saharan dust and dry air pushed west out of Africa across the Atlantic, and this suppressed tropical cyclone activity. For example, for much of July 2022, easterly winds transported large plumes of Saharan dust over the Atlantic Ocean, at times reaching as far east as the Caribbean, Texas and Florida.

The Saharan Air Layer (or Saharan dust layer) is an area of very dry, dusty air that forms over the Saharan Desert during the late spring, summer and into early autumn and can move eastwards out of west Africa and push across the Atlantic Ocean. The warm, dry air and strong winds associated with the Saharan dust layer has been shown to suppress hurricane formation and intensification. During the start of August 2022, there was Saharan dust and dry air pushing from the Cape Verde Islands to the north-east Caribbean and the National Hurricane Center explained that this hindered the development of some of the tropical waves that were moving across the central Atlantic at the time.

August 3 1437 UTC: Saharan dust and dry air continue to spread from the Cape Verde Islands to the NE Caribbean, which is hindering the development of deep convection in the environment of the tropical waves that move across the central Atlantic. pic.twitter.com/H1bOE9qCZN

The National Hurricane Center also explained that during late August 2022, Saharan dust was still impacting hurricane development. Much drier air and stronger vertical wind shear associated with the Saharan dust layer lowered the chances of a tropical wave to the east of the Lesser Antilles developing into a tropical cyclone.

The late-season Sahara Dust Layer is catching up with a #tropicalwave east of the #LesserAntilles. Much drier air and stronger vertical wind shear aloft associated with the #dust layer is limiting convection near the wave, lowering its chance for further development. pic.twitter.com/pu9ZQZM7R2

NOAA issued their annual mid-season update to the 2022 Atlantic hurricane season forecast at the start of August 2022 and were still predicting that the season would be above normal. They predicted a likely range of 14 to 20 named storms (winds of 39 mph or higher), of which 6 to 10 would become hurricanes (winds of 74 mph or higher), including 3 to 5 major hurricanes (category 3, 4 or 5; winds of 111 mph or higher). 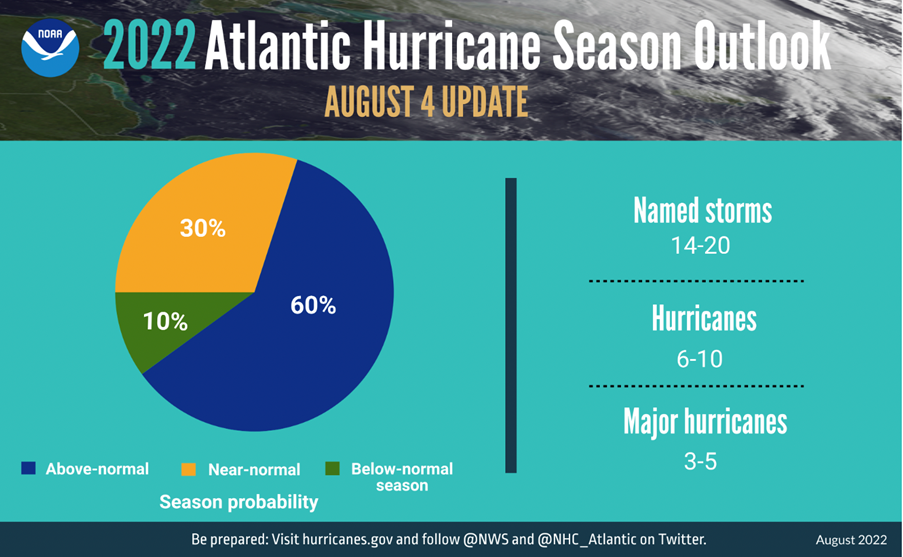 As the 2022 Atlantic hurricane season entered its peak period (mid-August to mid-October), there was indeed an increase in tropical activity. During September 2022, Hurricane Fiona formed and on 20th September became the first major hurricane (category 3 or more) of the 2022 Atlantic hurricane season. Hurricane Fiona strengthened into a category 4 hurricane as it tracked across the Atlantic with maximum sustained winds of around 130 mph.

Maximum sustained winds are up to 115 mph.

There are just over two months of the season left, so it’s likely there will be further named storms and hurricanes. And it’s also likely that they could affect our weather in the UK. The waters of northwest Europe are too cool to sustain a hurricane, but the jet stream can transport the remnants of a hurricane towards us in the form of an extra-tropical depression. If this happens then the storm will keep its Atlantic name, rather than be given one of the UK's storm names. 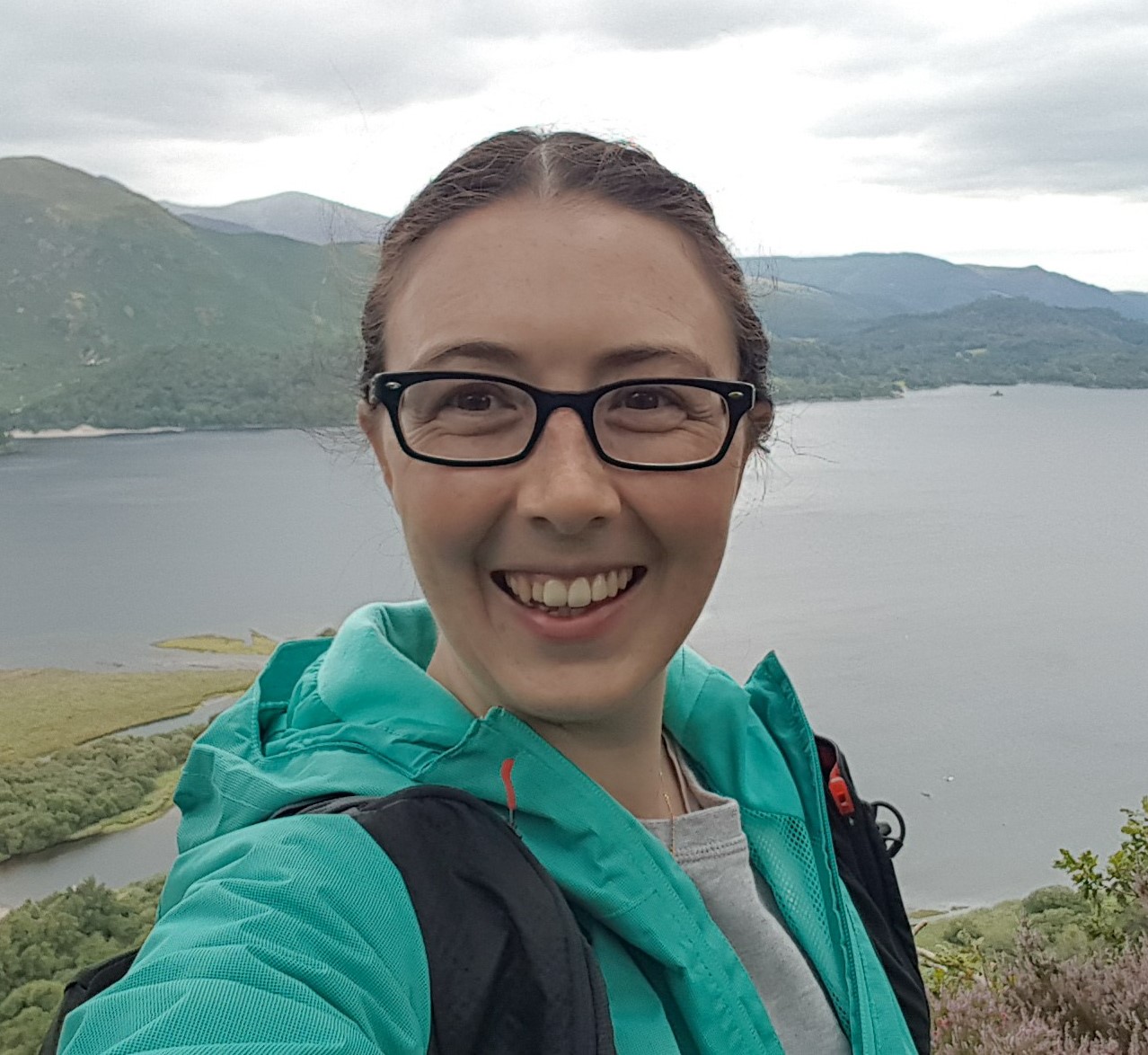