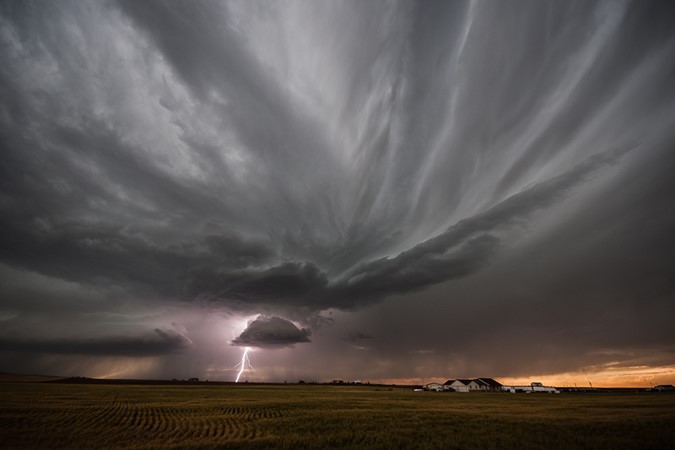 A History of Storm Chasing

Storm chasing is increasing in popularity with more people than ever heading to ‘Tornado Alley’ each Spring to witness these dramatic displays of nature, but it has a history that not many are aware of.

Widely considered the pioneer of storm chasing is David Hoadley who began chasing in his hometown in North Dakota in 1956. He was also the founder of Storm Track magazine, a newsletter that aimed to bring chasers together, creating the first sense of ‘chaser community’. Neil Ward was the first scientific storm chaser, developing many ideas about thunderstorms and tornado structure, forecasting and intercepting storms.

In 1972 a combined effort between the University of Oklahoma and the National Severe Storms Laboratory led to the development of The Tornado Intercept Project and in 1973 the interception of the famous Union City, Oklahoma tornado provided a turning point in understanding tornado and supercell morphology. At the same time, it was Hoadley’s Storm Track magazine that brought the chasing community together and from this success, the first generation of storm chasers was born.
The fact remains that the theatrical release of the film Twister in May 1996 promoted massive interest in storm chasing, even though it is widely recognised as a distorted view of the hobby.

People’s interest in storm chasing was ignited further with the arrival of the internet. It increased the accessibility of photos and videos and discussion forums led to the development of a large online community. Together with this, advancements in technology began to allow us the luxury of endless data and various means of channelling it. Twenty years ago all you had was a trusty chase vehicle and a good pair of eyes.

I live in England but always wanted to storm chase and experience this majestic weather up close. Three years ago I made that dream happen and now I’m addicted, spending most of the year planning my next trip! I hope you enjoy some the images from my storm chasing adventures.

29 May 2012, Supercell, Oklahoma: As this supercell storm neared the town of Piedmont, Oklahoma it joined up with another storm in the area and became a massive supercell. We managed to keep in front of this storm and had just seconds to capture the amazing structure before the outflow winds hit from its leading edge.

6 June 2012, Lightning from supercell, Colorado. This photo was taken near Elizabeth, Colorado. The storm had fired off the Front Range in Colorado and took on a fantastic structure as it crept across the area. In fact, it was so slow moving that many areas underneath the storm had already become flooded.

7 June 2012, Supercell at night, Colorado: The fantastic structure of this classic supercell storm was only visible when lit up by it's own lightning. The photo was taken just after dusk on the Front Range in Colorado.