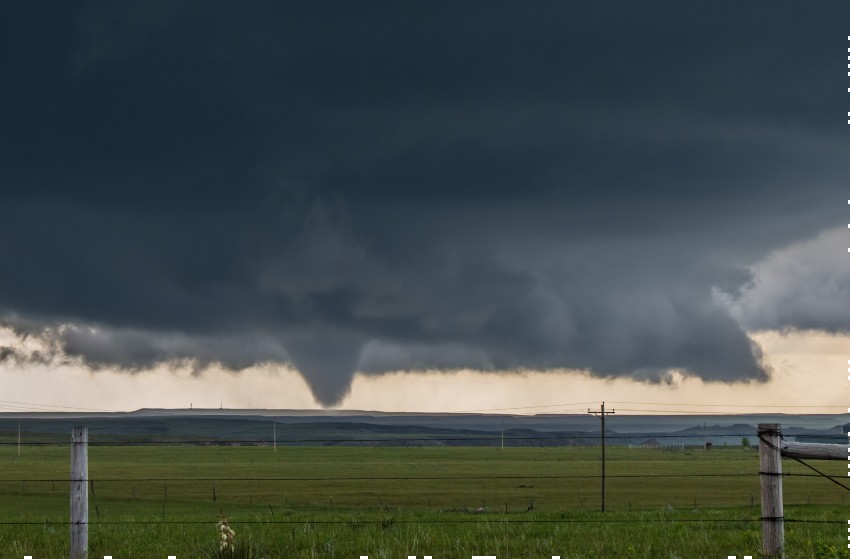 Spinning up enthusiasm for meteorology

Tornadoes. A climate view of tornadoes. Possibly the hardest brief yet. There is very little that is certain about climate change and tornadoes. When and where a tornado outbreak in the US occurs is predominantly determined by weather patterns that bring together the warm moist air from the Gulf of Mexico and the cold dry air from the North. Because these weather patterns are very variable from year to year, it is hard to establish any long term effect of climate change. In a warmer world with more moisture, and warmer sea surface temperatures in the Gulf of Mexico, we might expect an increase in the intense thunderstorms that generate tornadoes, but the year to year variability is probably still more important. Here in the UK, more intense thunderstorms could lead to an increased likelihood of tornadoes, although these would still be at the minor end of the tornado range.

So that’s a short article.

But tornadoes are important to this climate scientist for one other reason. They are fantastic for engaging children in atmospheric science. Tonight for example, the Brownies have been learning how water empties more quickly from a bottle if you swirl it to create a vortex so that air can go up the centre and water down round the edge. Similar to the demonstration Paul Hardaker described, they made vortices in jam jars, learning about inertia, and using glitter to represent the debris flying around in a tornado. In a primary school STEM (Science Technology Engineering and Mathematics) club we also watched films of tornadoes both real, courtesy of YouTube, and fictional, courtesy of The Wizard of Oz (I would use Twister with older students). We learnt what a tornado siren sounded like (loud, in case you are wondering), and listened to a child relate their experience of being outside on a soccer field as a tornado approached – diving into a ditch to escape the vortex.  We also tried to get an idea of wind speeds using a hand held anemometer – blowing on it, holding it in the wind in the playground and using a hairdryer, and then comparing to the tornado scale.

Of all the many science outreach activities I do, “Tornado Lab” is fast becoming my favourite. So although there may not be much to say about tornadoes and climate, this climate scientist is a huge fan.

by Prof Ellie Highwood, Professor of Climate Physics at the University of Reading