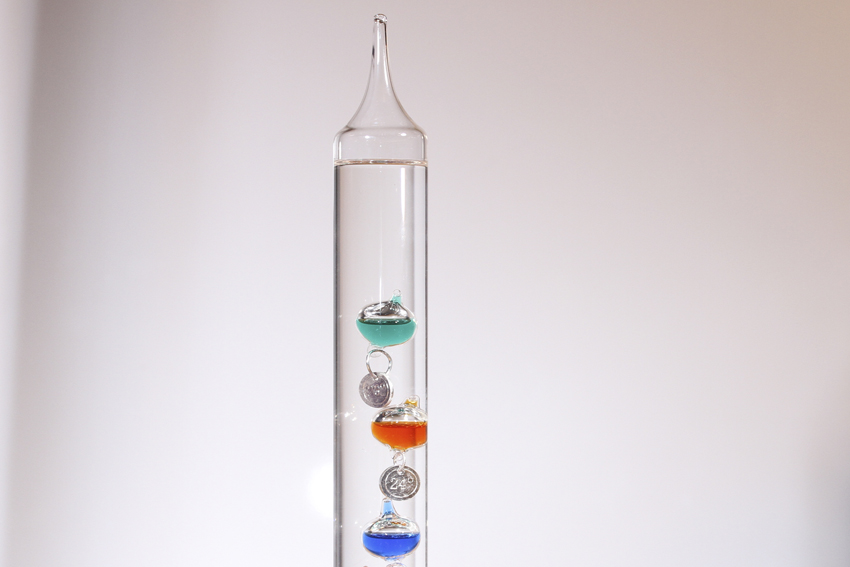 Where did the Galileo thermometer get its name from?

The so-called Galileo thermometer is found on many shelves, which undoubtedly looks the part. However, the famous scientist himself might not recognise the attractive modern-day item as his own. So, where does it get its name from?

How does a Galileo thermometer work?

It is often stated that the great Italian scientist Galileo Galilei "invented" the thermometer that now bears his name. This, it must be said, is not altogether true – we can say with some confidence that at no point was an attractive glass tube filled with colourful balls to be found adorning the mantelpiece of Galileo's house in Renaissance Florence.

Galileo was indeed one of the great pioneers of temperature measurement. Still, the thermometer he famously invented at the end of the 16th century bore little resemblance – in either appearance or functionality – to its modern namesake. Unfortunately, most of the Italian's manuscripts have been lost – many of them burnt by his own grandson – so we have to rely on fragments of evidence from letters and the writings of others to build a picture of Galileo's experiments with temperature measurement. According to the biographer Viviani, writing in 1718, Galileo invented a thermometer around the time he was made chair of mathematics at Padua university in late 1592. Letters written to Galileo by his friend Francesco Sagredo, who claims to have subsequently refined and improved the instrument, appear to confirm this assertion.

An account of a lecture given by Galileo in 1603 describes the thermometer: "Galileo took a glass vessel the size of a hen's egg, fitted to a tube the width of a straw and about two spans long; he heated the glass bulb in his hands and turned the glass upside down so that the tube dipped in water held in another vessel; as soon as the ball cooled down the water rose in the tube to the height of a span above the level in the vessel; this instrument he used to investigate degrees of heat and cold."

What Galileo had constructed was a form of an inverted air thermometer. Galileo himself explained the principle behind his invention in his one surviving piece of writing on the subject: "When the air in the bulb contracts through cold, the wine in the stem rises to take the place of the void thus formed, and when the air is warmed it is rarefied and takes up more space so that it drives out and presses down the wine."

So a replica of a genuine "Galileo thermometer" would look and function nothing like this elegant glass tube with its suspended balls. So what then is the link between a modern Galileo thermometer and the great man whose name it takes? The answer is that the basic physical principle – buoyancy – upon which the modern Galileo thermometer is based was defined by the Florentine genius in his Discourse on Bodies in Water, published in 1612. It was Galileo who, not without controversy, took on the established Aristotelian view that buoyancy is inextricably linked to the shape of the body and the resistance of the liquid, proving instead that it is the difference in density between the body and the medium that dictates whether or not an object will float. Resistance, he demonstrated, only impacts the speed with which an object will sink or emerge. Galileo also established the principle that liquids change in density as temperature changes, which underpins the functionality of your lovely modern Galileo thermometer. Galileo Galilei probably wouldn't recognise your Galileo thermometer as his own invention, but he would surely appreciate one of his theories being put to such elegant use.