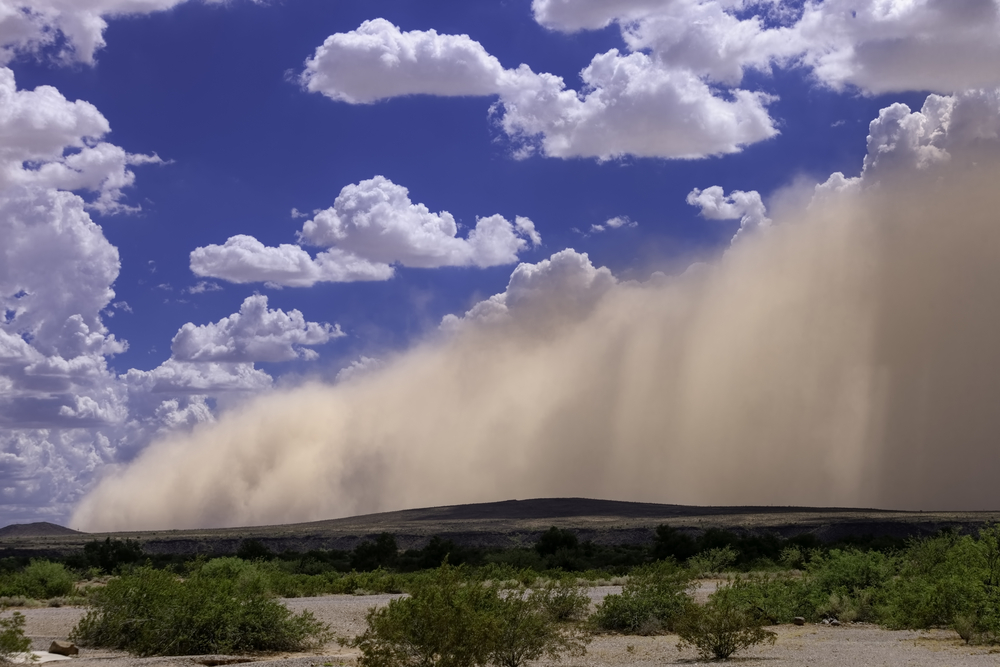 What is a Haboob?

Haboob was originally the name for a dust or sandstorm in the northern part of Sudan, most commonly observed between May and September during the afternoon and evening. The name is derived from the Arabian word ‘hab’ meaning ‘to blow’ and has been used by the meteorological community for almost 100 years. In 1925, a paper titled “Haboobs” was published in the Quarterly Journal of the Royal Meteorological Society.

Although the word originates from Arabic to describe the dust or sandstorms in northern Sudan, the term is now commonly used to describe any wind-driven sandstorm or dust storm in arid or semi-arid regions around the world. Indeed, haboobs have been spotted worldwide, including in central Australia and parts of America (from the northwest corner of Mexico to the edge of the Great Plains).

Haboobs are the result of a microburst – an intense column of sinking air within a thunderstorm, which as it hits the ground spreads out in all directions and carries sand or dust particles at speeds of up to 60 miles per hour. The lofted particles can reach heights of 5000 ft and can extend up to 100 miles wide.

Sandstorms and dust storms can be caused by the same variety of things (thunderstorms, the jet stream, or just a lot of wind blowing over an area. The difference between sandstorms and dust storms is down to the size of the particles carried and the distance the storms travel. As the name suggests, sandstorms describe an exceptionally strong wind, which picks up and carries a large amount of sand in the atmosphere. They can reach heights of 10-50ft and are most commonly found in desert regions worldwide. In contrast, dust storms carry much smaller particles, which can be carried higher and further than sandstorms. The strength of the microburst can determine the height to which the particles travel, with some being recorded at 5000 ft. Dust storms can happen anywhere if there is dry enough exposed land with loose sediment.

Any dust storm, sandstorm or Haboob will significantly reduce visibility, creating hazardous travelling conditions. In addition, the air within can be dangerous to inhale because of all the particles picked up by the storm. This MetMatters article focuses on the relation between exposure to high Saharan dust concentrations and in-hospital mortality in patients with heart failure.

Find more information on the work currently being undertaken on developing products to guide preparedness, adaptation and mitigation policies for dust and sandstorms by the World Meteorological Organisation.