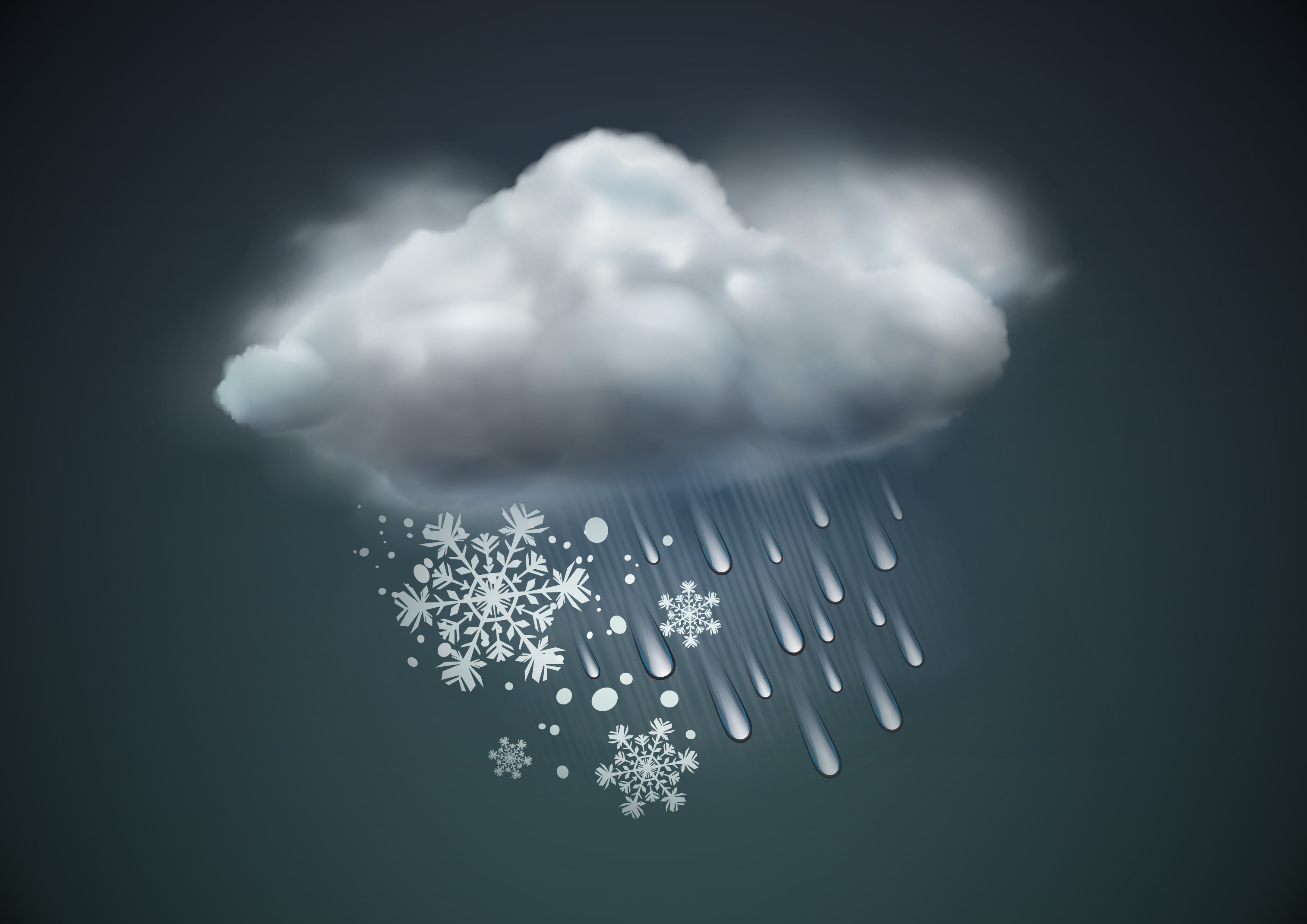 When I first started presenting the weather I was told not to use the word precipitation on air. It was apparently ‘too technical’. But it’s actually quite simple. In weather terms, precipitation means water falling from the sky.

In the UK that usually means rain, but precipitation can also refer to drizzle, snow, sleet, hail, or a combination of these things. It also covers rarer phenomena like freezing rain and diamond dust.

So where does precipitation come from? It’s all part of the water cycle. Heat from the sun turns the water from rivers, lakes and oceans into an invisible gas called water vapour. The water vapour rises into the air, where it cools into water droplets which gather into clouds. 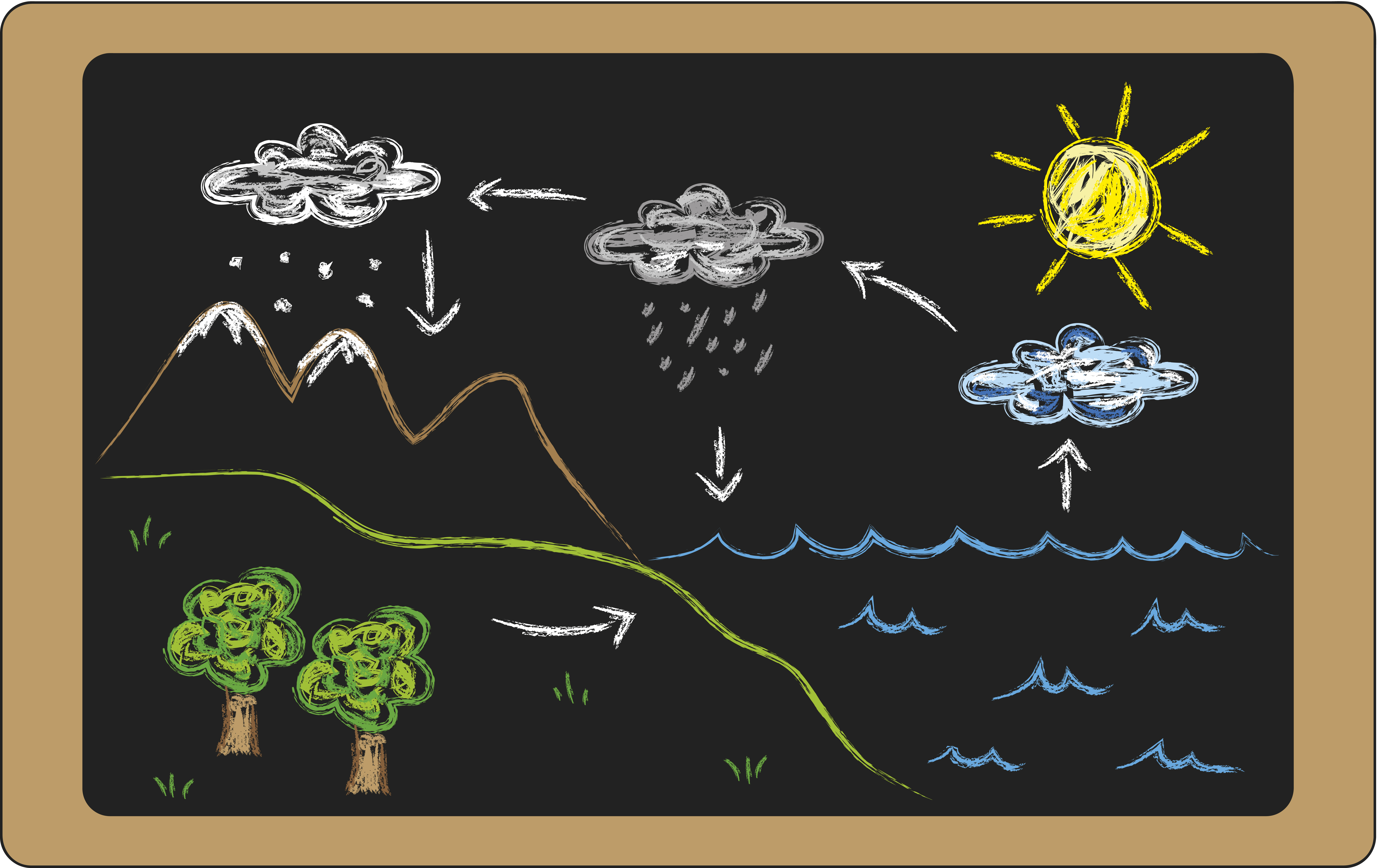 The water droplets inside a cloud bump into one another and merge into bigger and heavier droplets. Once the growing droplet reaches a diameter of 0.5mm or bigger it becomes a rain drop. And when they get too heavy, the droplets fall from the sky, taking on the shape of a jelly bean or burger bun.

The rain then runs back into rivers, lakes and oceans and the whole process begins again. In fact, the water cycle has been going on for so long that water from dinosaur times is still going around today!

How big is a raindrop?

When it comes to distinguishing between rain and drizzle, size matters. Drizzle drops are smaller than 0.5mm, but that’s pretty tricky to measure. A good tip is that if you can’t feel the drops but you are getting wet then it’s drizzle. Also, drizzle reduces visibility as the smaller droplets hang in the air for longer.

Other forms of precipitation involve water in its solid state. If a cloud is cold enough the water vapour will condense directly into ice and these ice crystals will clump together to form snowflakes. As well as temperature, the amount of moisture in the air plays a role in a snowflake’s shape, with more complex flakes forming at higher humidities. Every snowflake is indeed unique, and might contain up to 200 crystals.

As for sleet, different countries have different definitions but in the UK we mostly use the term sleet to mean a mixture of rain and snow.

I could write pages about hail, but here’s a quick overview. These balls of ice form in the updraughts of thunderstorms, when drops of water are taken up to the colder part of the cloud and freeze. The hailstones fall and rise, each time adding a new coating of ice before becoming too heavy and falling to the ground.

Finally, have you ever watched a weather forecast and wondered what is the difference between showers and rain? The answer is the type of cloud it falls from.

Rain falls from stratus-type clouds, usually tied in with weather fronts. These stratiform clouds are dull and grey and cover much of the sky. Rain usually affects large areas and can last a few hours or more.

Showers, on the other hand, fall from smaller-scale cumulus clouds, and it’s this localisation that explains the hit and miss nature of showers. So you might get wet while a few streets away not a drop reaches the ground. Showers are normally short-lived, but their convective nature means if enough energy is available they can provide sudden and intense heavy downpours.

Of course, you can get light and patchy rain, and if the wind direction is right you can get shower after shower making it more like a longer spell of rain.

Ultimately, if you do hear the word precipitation during a weather forecast, chances are you’ll get wet.