Award for outstanding contribution in public outreach and communication

The Michael Hunt Award, which commemorates the achievements of Michael Hunt who was a TV weatherman, is given biennially (and not open in 2021) for excellence in increasing the understanding of meteorology or its applied disciplines among members of the general public. 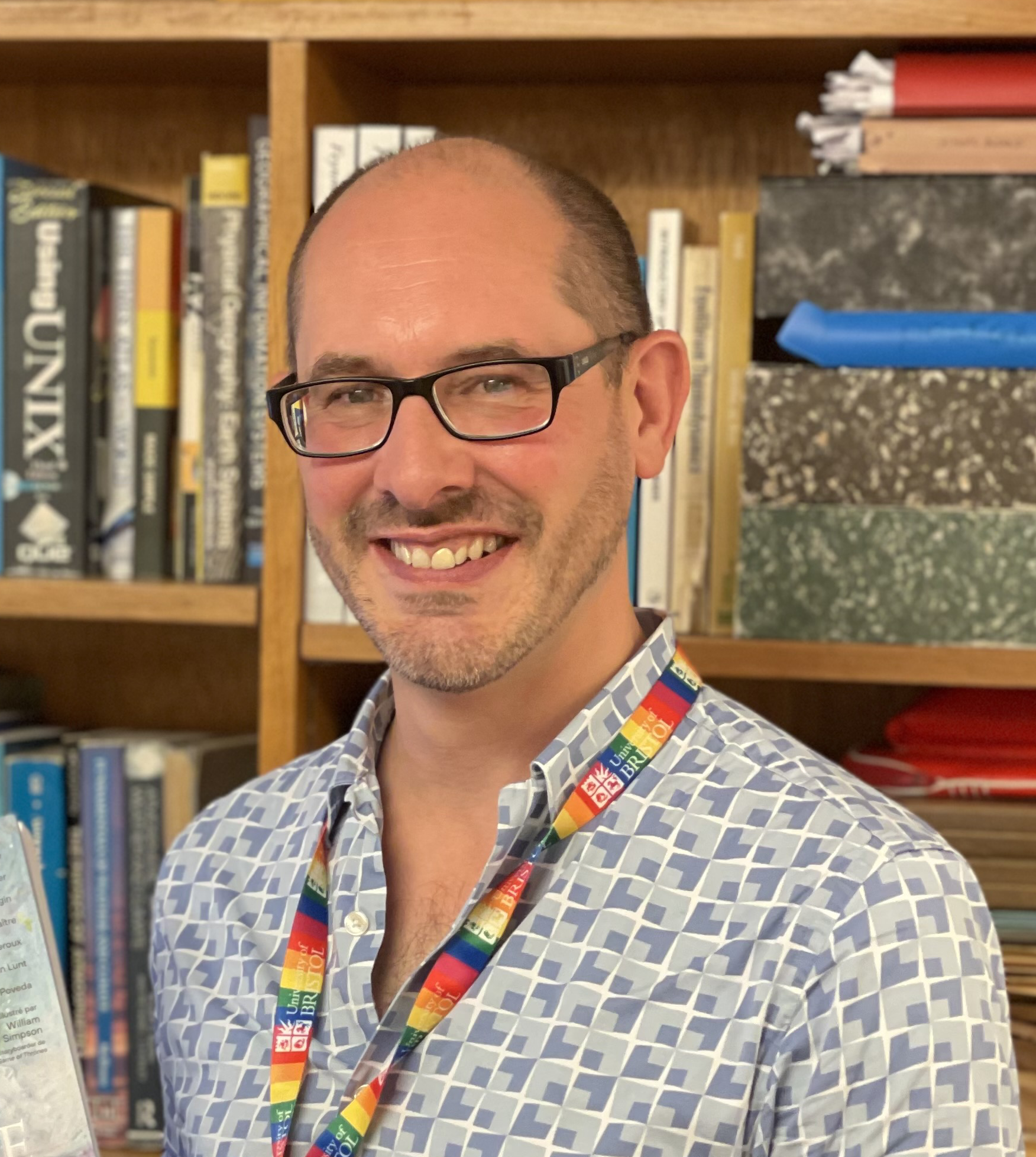 Dan is one of the world’s leading paleoclimate modellers. During the latest IPCC AR6 cycle, he led and contributed to multiple chapters, in a bid to better integrate information about past warm climates with what they can tell us about future climate change. In 2008 he demonstrated the importance of changes in atmospheric CO2 in controlling the evolution of the Greenland ice sheet, 3 million years ago (Lunt et al, Nature, 2008); a paper that was recognised by the British Antarctic Survey as one of only 5 “paradigm-shifting” papers from their 2005-2009 major research programs. In 2010 he introduced the concept of “Earth system sensitivity”, the long-term equilibrium response of the whole Earth system to elevated CO2, and quantified it using paleoclimate modelling and data (Lunt et al, Nature Geoscience, 2010). To create an appropriate space for researchers to work in this area, he founded the EGU journal Geoscientific Model Development.

In understanding the need to go beyond the usual media and social media platforms to communicate the science of climate modelling, Dan had the highly original idea of engaging with fantasy fiction to model the climate of fantasy worlds. He simulated the climate of Middle Earth, the land of hobbits, dwarves, elves and orcs, from J.R.R. Tolkien’s The Hobbit and The Lord of the Rings. The original idea was that this would highlight and communicate that climate models are not statistically based, or over-tuned to our Earth, but are based on universal physical laws, that mean they are applicable to any world. Dan configured the UK climate model, based on Tolkien’s maps, and ran it to make predictions of the climate of Middle Earth. This in itself would no doubt have captured the public imagination, but what made it go “viral”, and reach out to millions across the globe, was the fact that he wrote a mock “paper” (published in the fictitious “Journal of Hobbitlore”), aimed at the general public. Dan not only presented the temperature, rainfall, and atmospheric circulation of Middle Earth, he compared this to meteorological descriptions in Tolkien’s works, and gave simple and accessible, yet informative, descriptions of how climate models, work, their applications, and strength and weaknesses.

Since the success of Tolkien’s climate, a number of other fantasy worlds have been modelling by Dan and his colleagues, including those from the Game of Thrones, Dune, and The Wheel of Time, opening up a whole new community to many different aspects of climate science. For Game of Thrones, Dan even set up a secret twitter account (@ClimateSamwell), which allowed him to show animations of the model results, and communicate visually how changes in a planet's key attributes alter its climate.

Overall, it is the combination of Dan’s groundbreaking work in paleoclimate modelling, and his novel and exciting way to community the science of the climate, that makes him an extremely worthy recipient of the Royal Meteorological Society’s Climate Science Communication Award.