The Buchan Prize is awarded annually to members of the Society for a paper or papers published in the previous five years in the Quarterly Journal, the International Journal of Climatology or Atmospheric Science Letters and adjudged to contain the most important original contribution or contributions to meteorology.

The Adrian Gill Prize is named after the Australian meteorologist and oceanographer. It is awarded annually to a member of the Society who has made a significant contribution, in the preceding five years and in the specified fields, and who has also been an author of a paper(s) in the Society’s journals. The specified fields are those that interface between atmospheric science and related disciplines. These related disciplines include oceanography, hydrology, geochemistry and numerical methodologies. 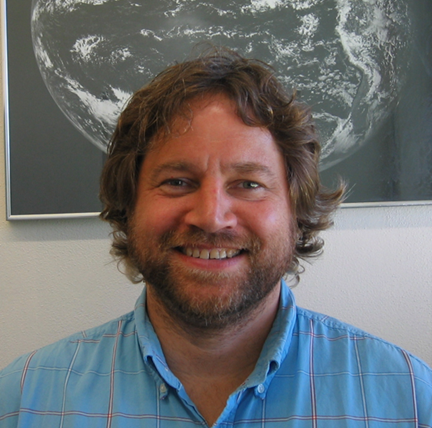 The need to understand and predict tropical cyclones will become increasingly acute in the coming century, as climate change puts increasing amounts of weather fuel into the atmosphere. Prof Michael Montgomery, a distinguished professor at the Naval Postgraduate School in Monterey, California, has made seminal contributions to understanding many theoretical aspects of these storms. These aspects include asymmetric balance theory, vortex Rossby waves, vortex alignment and resiliency, super-intensity and potential intensity theory, tropical-cyclone intensification, secondary eyewall formation, the role of resolved eddy processes, the role of the frictional boundary layer, the vorticity dynamics of tropical cyclogenesis, and aspects of tropical cyclogenesis within synoptic-scale waves. Together with co-workers and many graduate students he has published widely on these topics and in the last eight years has been lead author of two significant reviews of contemporary theories of tropical cyclone dynamics.

Prof Montgomery’s paper with colleagues Tim Dunkerton and Zhuo Wang in 2009 entitled Tropical cyclogenesis in a tropical wave critical layer: Easterly waves (Atmos. Chem. Phys., 9, 5587-5646), in which Prof Montgomery as second author played a very major part, is a tour de force. This paper led to a new way of thinking about tropical cyclogenesis within tropical waves. It was shown that the development of tropical depressions within tropical waves over the Atlantic and eastern Pacific can be initiated by the closed circulation that is created by the wave kinematics in the lower troposphere, in a frame of reference moving with the wave. This closed circulation, which encircles a region of low surface pressure, was argued to provide a protected region with weak deformation for vortex growth until the vortex becomes a self-sustaining entity and emerges from the wave as a tropical depression. The entire process was likened to the protection afforded to a marsupial infant in its mother’s pouch and it has become known as the "marsupial paradigm" for tropical cyclogenesis. The new paradigm was shown to have significant forecast potential based on a case study involving 55 named tropical storms in 1998–2001. This study revealed that actual critical layers sometimes resemble the ideal east-west train of cat’s eyes, but are usually less regular, with one or more recirculation regions in the co-moving frame. New diagnostic tools have emerged from the theory, providing a means for anticipating locations within tropical waves where genesis will occur. Montgomery and co-workers have since published a series of papers further elaborating the theory and its potential forecasting applications.

To test the hypotheses of the new marsupial paradigm, Prof Montgomery was the lead scientist in organising a major field experiment in 2010: the Pre-Depression Investigation of Cloud Systems in the Tropics (PREDICT) experiment. He and his team were successful in raising considerable funding for it from the National Science Foundation, including funding for the use of the NCAR GV research aircraft. The experiment, which was coordinated with two other field projects, the NASA Genesis and Rapid Intensification Processes (GRIP) project and the NOAA Intensity Forecasting Experiment (IFEX), was a huge success and a testament to Prof Montgomery’s considerable scientific leadership skills. The forecast tools developed as an outgrowth of the marsupial paradigm have shown appreciable skill in predicting the location of genesis events with several days’ lead-time.

Prof Montgomery is an exceptional scientist, with outstanding insight and deep knowledge in the area of fluid dynamics in general and tropical cyclones in particular. Many in the tropical cyclone community regard him as one of the great pioneers in contemporary tropical cyclone science. He is without doubt a most worthy recipient of the Buchan Prize of the Royal Meteorological Society.