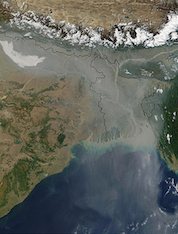 Professor Ellie Highwood is Dean of Diversity and Inclusion and Professor of Climate Physics in the Department of Meteorology (University of Reading).

The importance of atmospheric gases such as carbon dioxide for climate is well known and well publicised. However the tiny particles that are present in the atmosphere, or aerosols, also play crucial roles in weather and climate. Atmospheric aerosols can be either solid or liquid, with diameters of a few nanometers to tens of microns. There are two broad classes of aerosols. Primary aerosols are generated or emitted as solid particles, for example Saharan dust, sea salt or soot. Secondary aerosols are formed in the atmosphere by chemical reactions, for example ammonium sulphate aerosols are formed from the gases sulphur dioxide and ammonia, whilst organic aerosols are formed by chemical reactions acting on chemicals such as isoprene which is emitted by vegetation. Some aerosols have mainly natural origins (dust, sea salt, volcanic ash and volcanic sulphates), whilst others result at least partly from human activities (some soot, ammonium sulphate and ammonium nitrate). Aerosols are often mixed together, and can also be described by their size, eg. PM10 is particles with diameter less than 10 micron.

Once in the atmosphere, aerosols can have a variety of impacts. Aerosols reflect and absorb radiation from the sun. Thus a large concentration of most aerosol types will tend to scatter sunlight back to space, preventing the direct beam reaching the Earth's surface. This can lead to a cooling of the earth's surface, a change in the fluxes of latent heat and sensible heat, and a change in the distribution of heating in the atmosphere. Whilst the direct beam is prevented from reaching the surface, more scattered light is available and this affects photosynthesis. High aerosol concentrations can improve plant productivity, until other effects such as temperature or plant physiological issues become dominant. Aerosols are also responsible for clouds, and rainfall. Cloud droplets require an initial "seed" to start the condensation of water - this is provided by aerosols. Changes in aerosol can therefore lead to changes in cloud properties. For example, an increase in aerosol concentration in a cloudy region might mean more seeds for the water to condense on, therefore the available water is spread over a larger number of droplets and each individual droplet is smaller. Smaller droplets reflect more light, and this "indirect effect" of aerosol on cloud can lead to a cooling of the Earth's surface.

Unlike several of the greenhouse gases, aerosols have a short lifetime in the lowest part of the atmosphere as they are washed out by rainfall. The main sources of aerosols are the highly populated regions of the world, particularly where coal is burnt in large quantities, and the deserts. Aerosols can also be a problem for air quality, and so emissions have reduced in Europe and the US in recent decades. This is interesting for climate change, because since aerosols cool climate, a reduction in aerosols in order to improve air quality, could lead to an extra warming of climate. Aerosols have also been proposed as a means of mitigating greenhouse gas warming (geo-engineering), either by using them near the Earth's surface to make extra clouds, or by injecting them into the stratosphere to reflect the sun's radiation to space.  However, the impacts of such scheme are complex and uncertain. 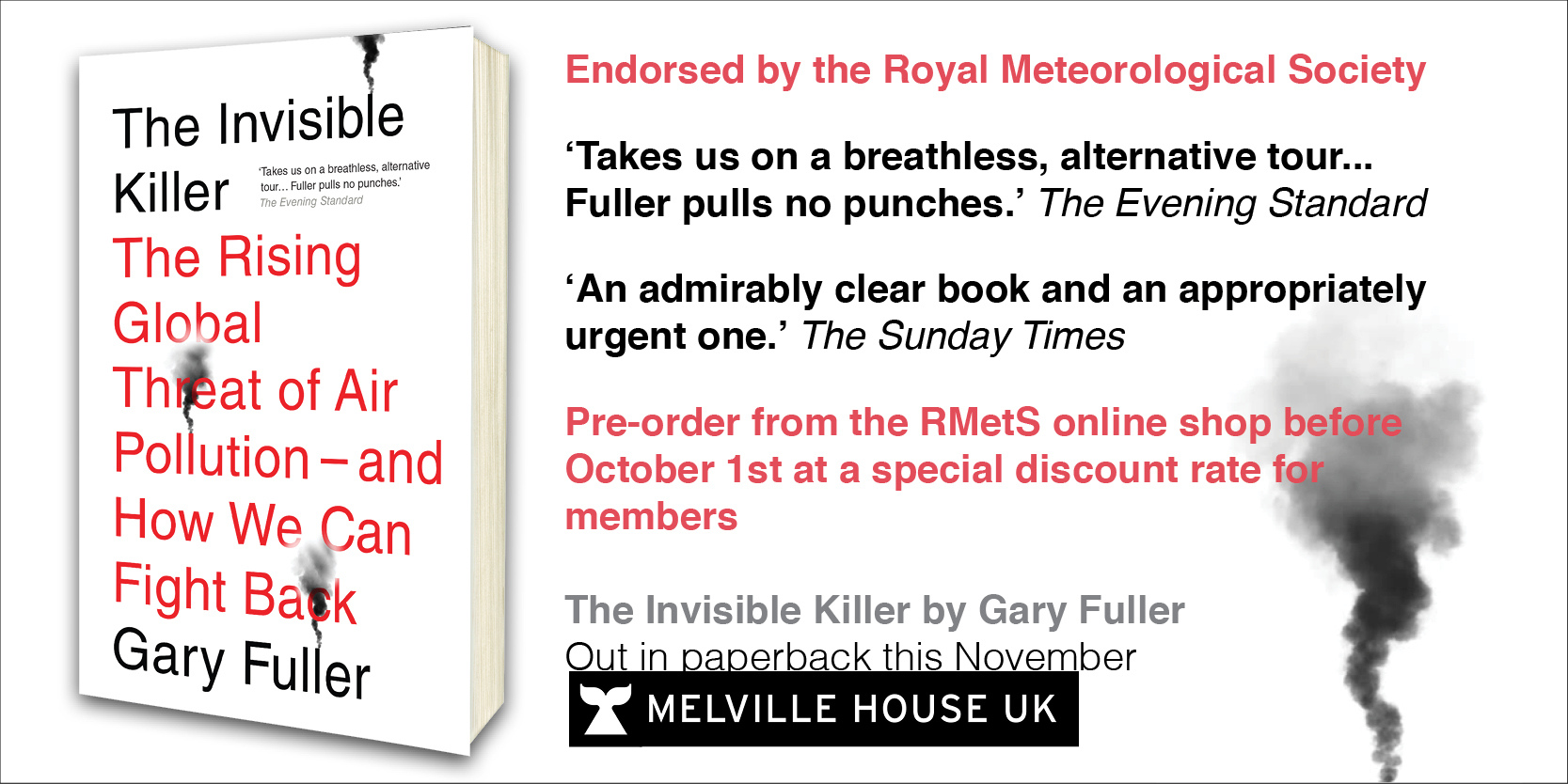