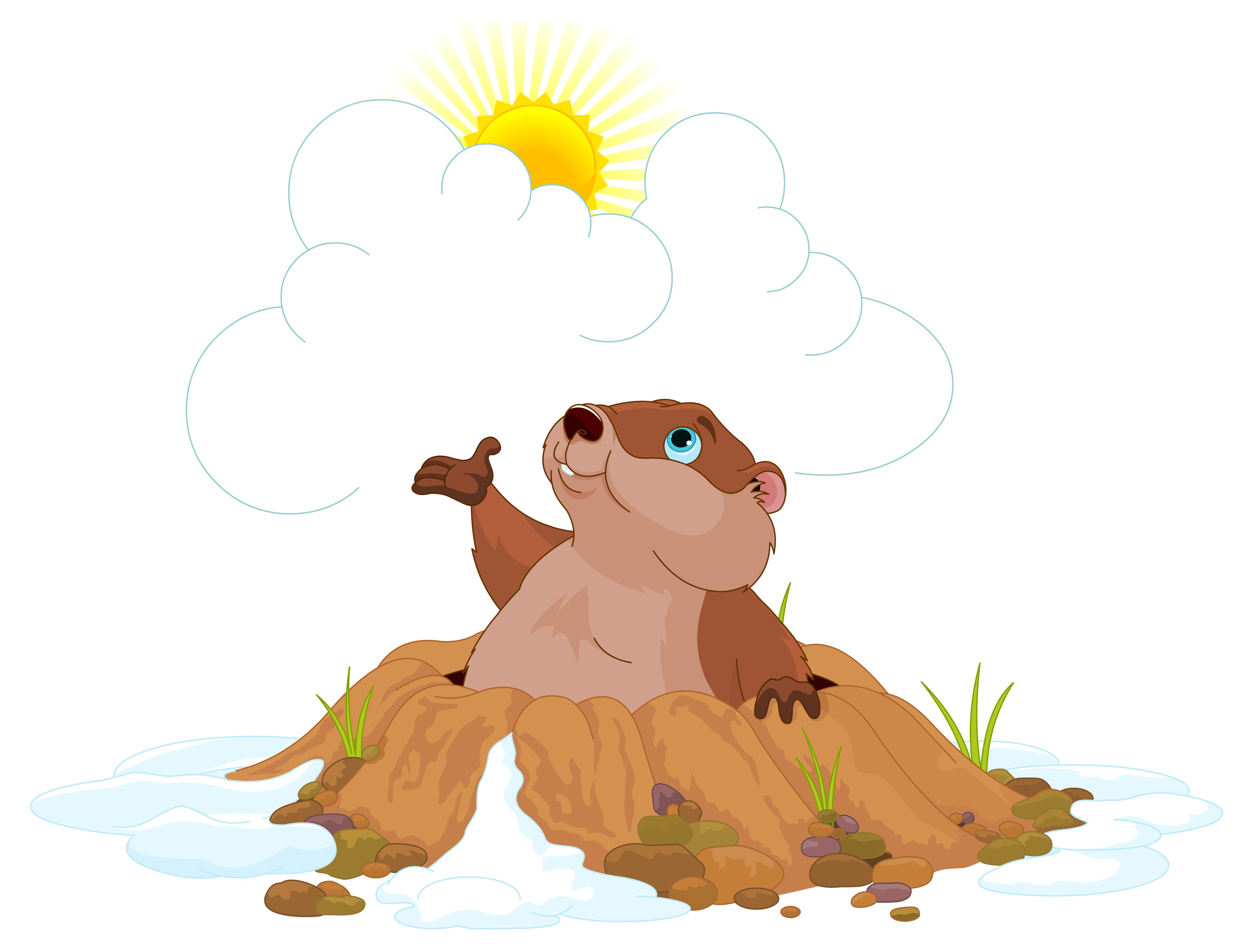 The 2nd February is Candlemas Day, a Christian festival that marks the midpoint of winter, halfway between the shortest day and the spring equinox. There are many weather rhymes associated with Candlemas, most along the lines of “If Candlemas Day be fair and bright, winter will have another fight. If Candlemas Day brings cloud and rain, winter won’t come again”. 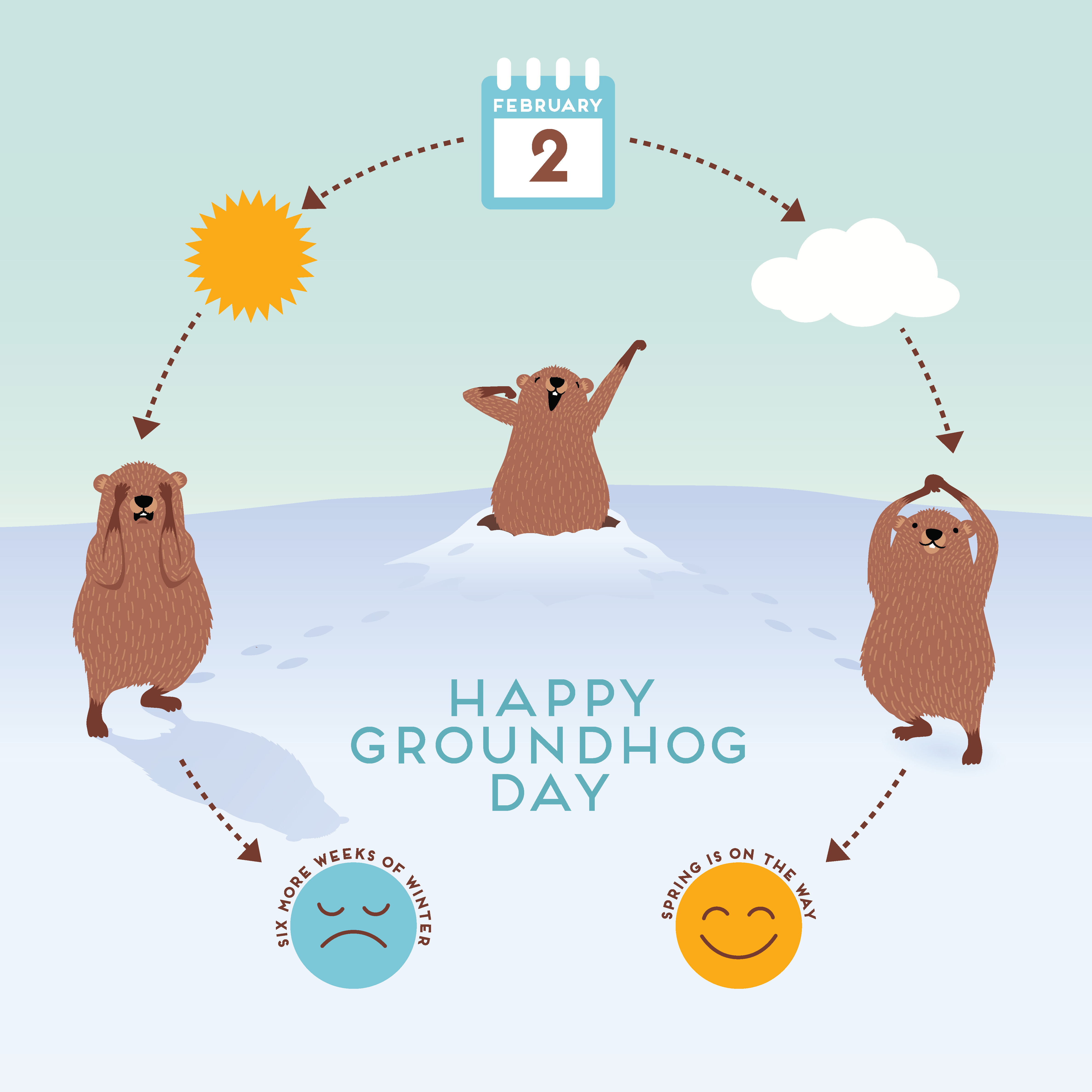 Sound familiar? The 2nd February is perhaps more famously known as Groundhog Day, thanks to the film that immortalised the seasonal predictions of a groundhog - a practice that no doubt has its roots in Candlemas.

According to tradition, if Punxsutawney Phil sees his shadow and returns to his hole, he has predicted another six weeks of winter weather. If the groundhog doesn't see his shadow, then he's opting for an early spring.

The logic behind this is that clear skies, and therefore a visible shadow, at that time of year are said to herald cold weather ahead. So how good a forecaster is Punxsutawney Phil? Unfortunately, his predictions have only been correct 40 per cent of the time. 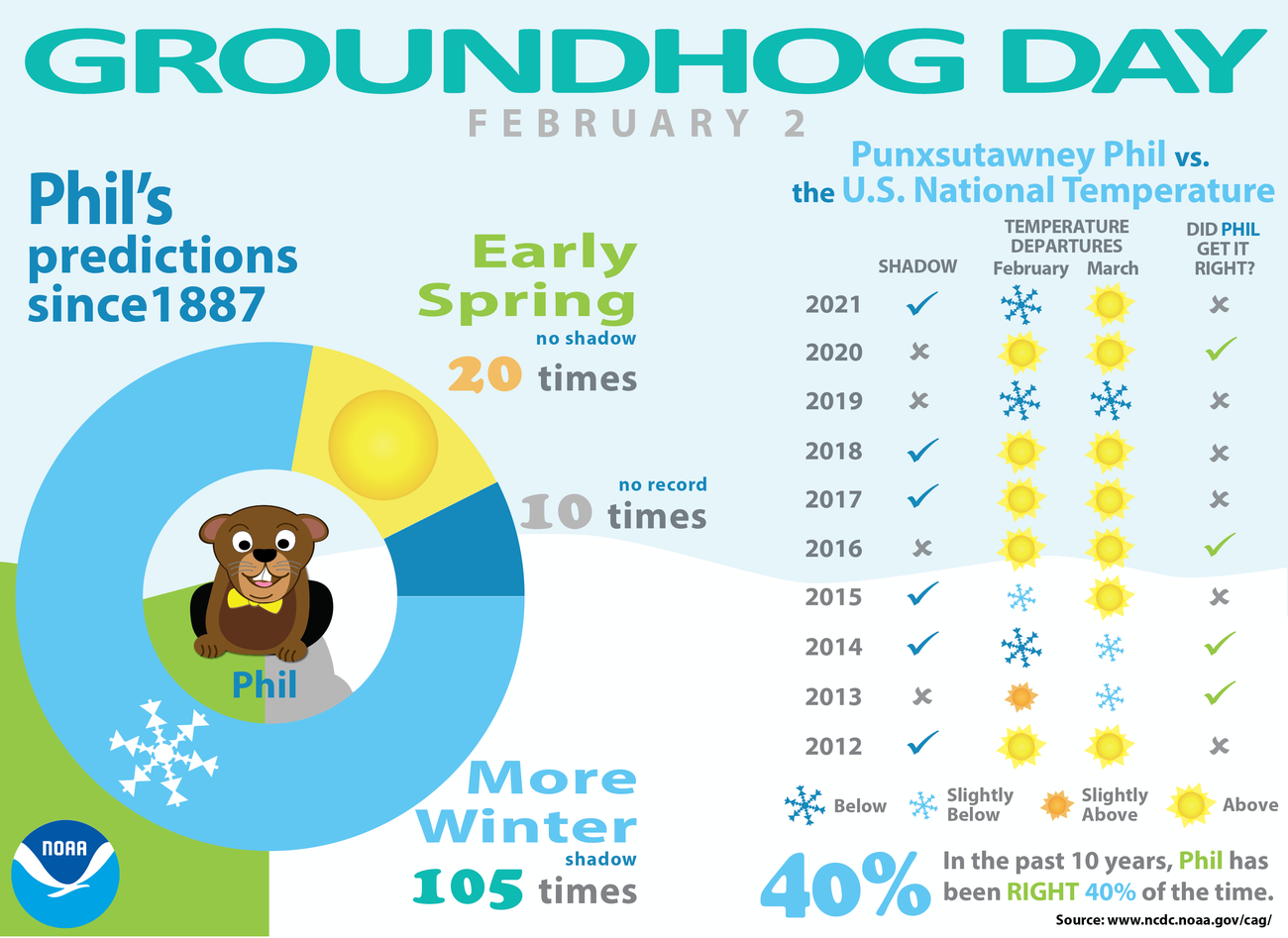 Still, it is quite a big task for an animal fresh from hibernation to forecast the next six weeks of weather for one town, let alone the whole of the northern hemisphere. Luckily Phil isn’t the only animal meteorologist out there. In Germany it’s badgers who immediately return for another sleep if it’s sunny on the 2nd February because they know winter will continue.

Can any animals predict the weather? Some people are convinced that cows lie down when rain is on the way. However, given that cows spend a lot of time lying down (about 14 hours a day for a dairy cow), it comes as no surprise that it will often rain when a cow is lying down. I’ve often wondered why a cow would want to lie down if it knew rain was coming? 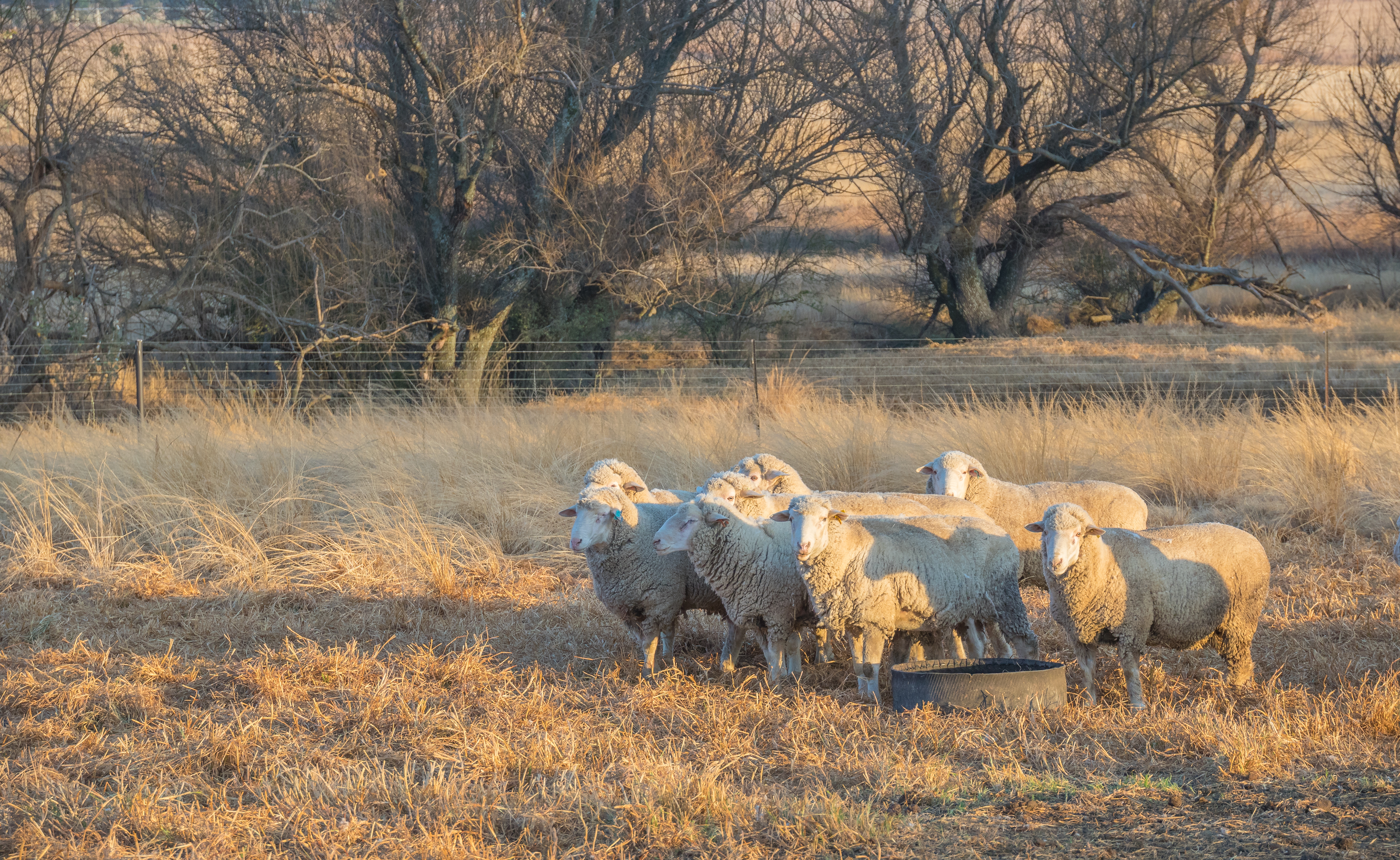 Ruminations aside, the animal world has plenty of other weather experts that are said to forecast a coming storm or a hot day. Frogs, for example, will croak loudly when it’s about to rain. This is thought to be linked to more successful mating in wet weather. Birds will fly high in clear weather, but changing air pressure due to an incoming storm system keeps them lower to the ground. And sheep are known to huddle up before rain or snow - “When sheep gather in a huddle, tomorrow will have a puddle”. 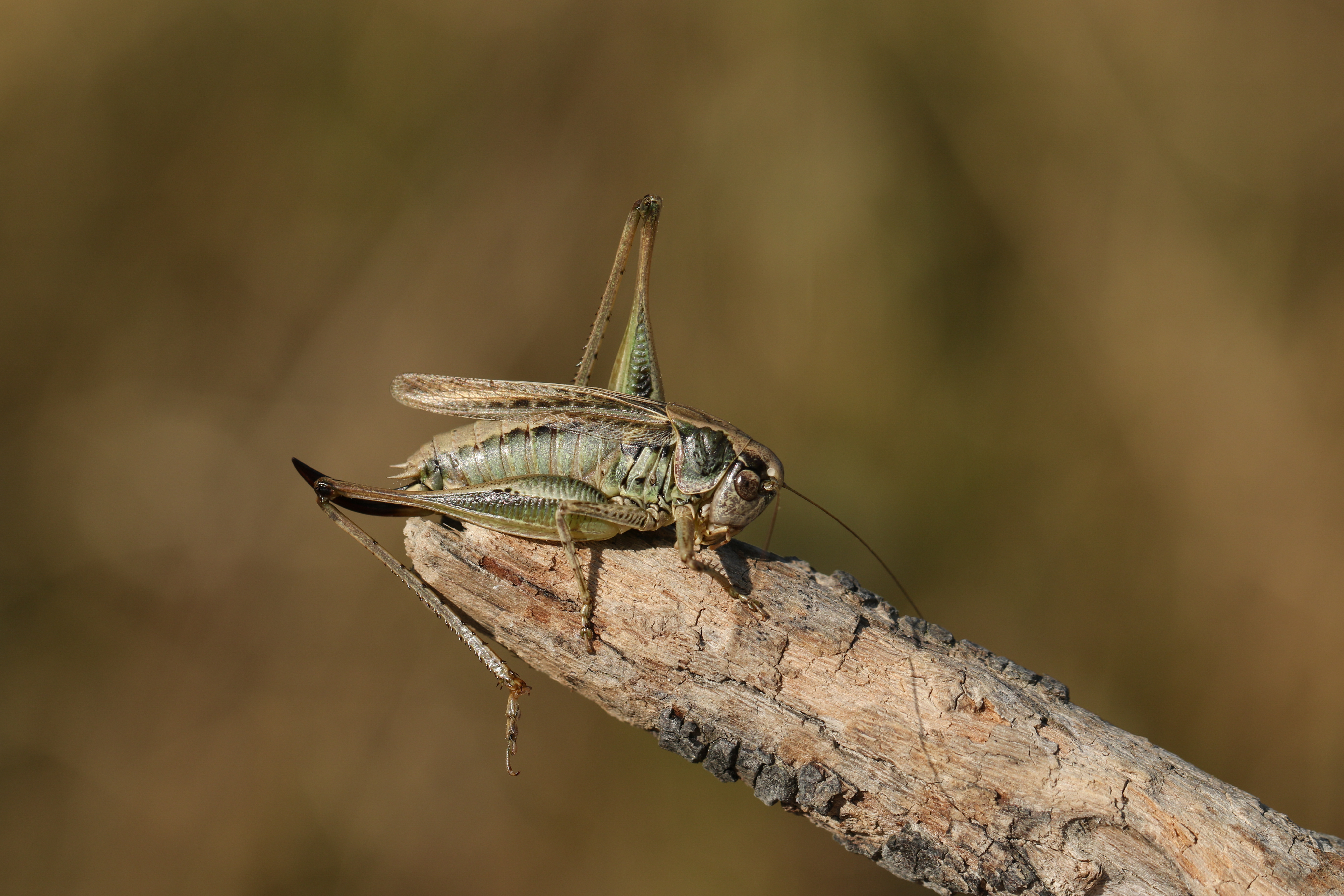 But I think my favourite forecaster is the cricket, whose evening chirps reveal the temperature. Back in 1897, a scientist named Amos Dolbear published an article that noted the correlation between the ambient temperature and the rate at which crickets chirp. The cold-blooded insect’s muscles contract to produce the chirping, and the warmer the air, the easier it is for the cricket to chirp. So the number of chirps increase as the temperature rises. Count the number of chirps in 25 seconds, divide by 3 and then add 4 to get the temperature in Celsius. For example, if you counted 48 chirps: 48 / 3 = 16; 16 +4 = 20 ºC.