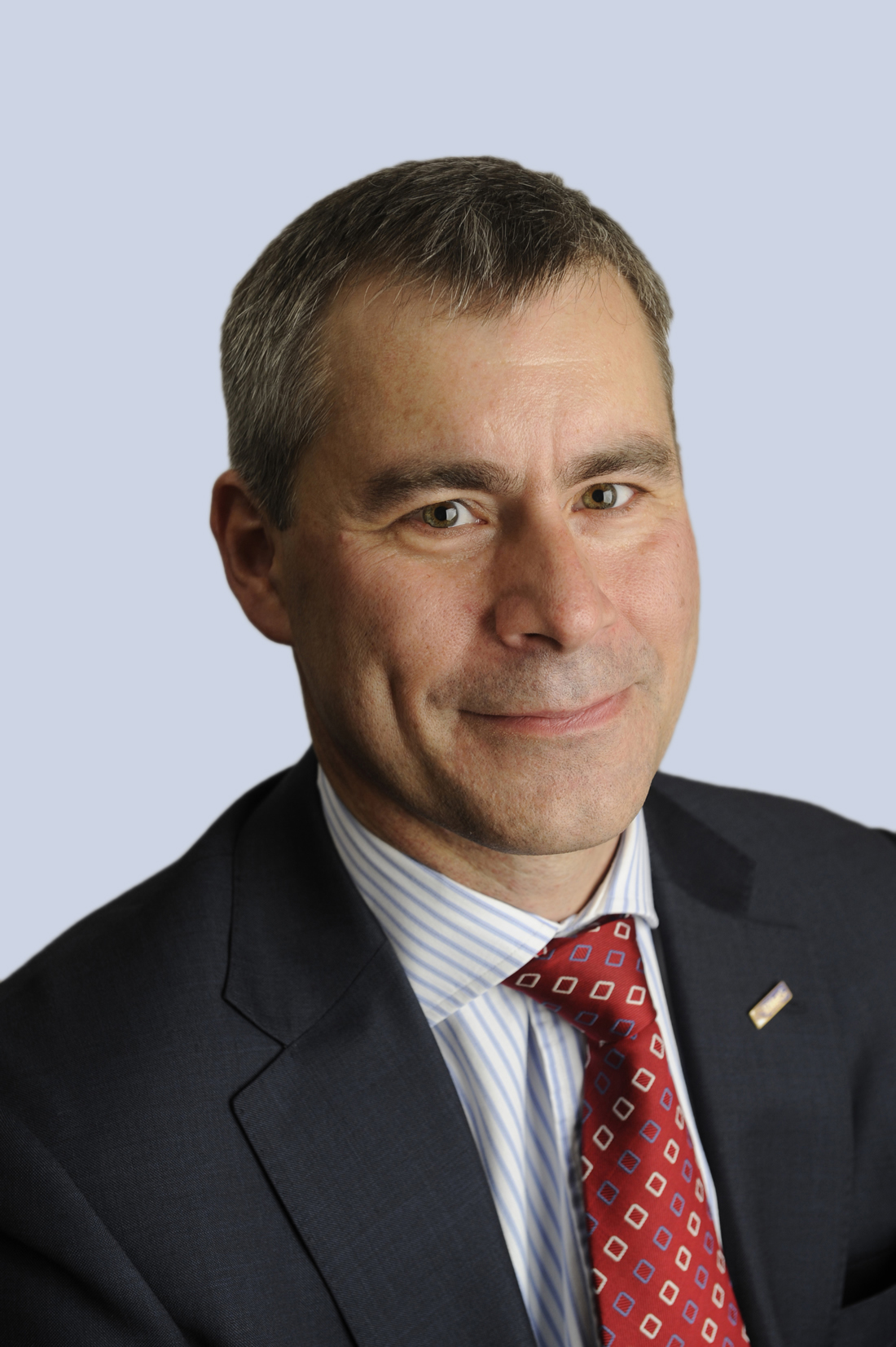 The cloths of heaven

by Prof Paul Hardaker
Chief Executive of The Institute of Physics

The Institute of Physics (IoP) is the national physical society for both Ireland and the UK, so I often find myself travelling through Dublin airport.  Where I board the plane there are tributes to the famous Irish poets, including a personal favorite, William Butler Yeats.  He wrote a beautiful poem called cloths of heaven, which I have to share with you here:

Had I the heavens' embroidered cloths,

Enwrought with golden and silver light,

The blue and the dim and the dark cloths

Of night and light and the half-light,

I would spread the cloths under your feet:

But I, being poor, have only my dreams;

I have spread my dreams under your feet;

Tread softly because you tread on my dreams.

I was thinking about this poem on a visit to the home of the current Lord Rayleigh.  He had kindly invited a few of us to see the laboratory established by the 3rd Lord Rayleigh, John William Strutt, and continued by his son Robert John Strutt, the 4th Lord Rayleigh, also a renowned physicist and past-President of the Physical Society (a forerunner of IOP).  Lord Rayleigh has preserved the wing of the house and the old laboratory as it was - what a wonderful thing he has done for science and the national heritage.  It was particularly special for me to be able to stand at the window where Rayleigh carried out his research and formulated his ideas on what became known as Rayleigh scattering, and which I used in my research.  I think it is best summed up by saying I had a bit of a moment.

I wondered if Rayleigh and Yeats ever met?  I don’t expect they knew each other although there was only 20 years difference in age, but Rayleigh did think deep thoughts about the colours in the sky that Yeats writes about in his poetry.  ‘Why is the sky blue?’ is an interesting question that practically everyone must have thought about at one time or another.  There are related fascinating questions like how our eyes have evolved to see in what we call the visible part of the electromagnetic spectrum, when we know other animals can see across a wider range of wavelengths, and are the colours that each of us see the same for everyone.  That is, is the blue I see the same as the blue you see.  We know it is not identical, because the colour receptors in our eyes are unique to each of us.  But I want to reflect (although reflection is not the right physics in this context) on why the sky is blue and if that gives us any clues about other things we see in our sky.

The main constituents of the air around us are nitrogen (around 78%) and oxygen (around 21%).  Both molecules are much smaller than the wavelength of light in the visible part of the spectrum.  The size of an oxygen molecule, for example, is around 0.1 nm compared to the wavelengths of blue and red light, which are roughly speaking around 450 nm and 650 nm respectively.  If physicists will excuse me for not using SI units for a minute, a nanometer (nm) is 0.0000001 of a cm.  When light is scattered by objects that are smaller than its wavelength then this is Rayleigh scattering; and that is what he discovered through his laboratory window.

But this might have raised a few further questions in your mind; it did when I first thought about it.  The first thing that I wondered was why it is such a pure blue, why do the other colours not also come through.  After all the nitrogen and oxygen are scattering all the visible light.  To start with, the blue we see is not, of course, pure blue, but blue is clearly the dominant colour we see.  That is in part due to the fact that the scattering effect is stronger at the shorter wavelengths; the amount scattered is proportional to the fourth power of the wavelength.  So if you do the maths what you notice is that the blue wavelength is scattered around ten times more strongly than the red.  And so when the sun is up, it is such a strong effect that the scattered blue light blocks out the stars and the black of space (or as Yeats called it the silver light and the dark cloths of night).

The next obvious question then is why blue; why don’t we have a violet sky as violet is a slightly shorter wavelength (to remember your spectrum think of rainbows) and so the scattering of violet light would be even stronger than that of blue.  The answer lies in the fact that the intensity of the light is not equal in each of the visible wavelengths.  I’ll leave you to explore that a little more if you’re interested, and to look for a diagram of the intensity of light across the visible wavelengths.

For the physicists amongst you, have you also ever wondered if Rayleigh scattering is the only effect?  I spent a while pondering whether there was any Raman scattering (from the inelastic loss of kinetic energy).  I won’t give the game away and leave that for those of you who want to do a bit of more technical physics homework, but as a pointer you could also have a look at what is going on in Compton scattering.

Sometimes, of course, we have very different sky colours, in our sunrises and sunsets.  So what is going on there?  Well when the sun is lower in the sky, when it’s rising and setting, the light is travelling along a slightly longer path, and with more scattering more of the red light is able to come through.  But something else is going on otherwise we would also have even more blue and rainbow like skies where we see all of the spectrum.  The answer is that when we have aerosol particles in to the air these can also help to scatter the light and much more of the red light, enough in some cases for it to be the dominant colour that we see.  I hope I haven’t ruined your beautiful sunsets by explaining that they are often down to air pollution.

It’s not quite poetry but we have interesting weather folk-lore which talks about our skies.  The most famous one has to be about red skies; you know the old saying:

Can we say whether this is at all useful in forecasting the weather.  If the sky to the east is clear at sunrise and the sky to the west has a lot of water vapour and/or aerosol in it then there would be a red sky and that is a clue to an approaching weather front.  Similarly if we are seeing a red sky at sunset it is an indicator of the weather clearing to the east and so rain is less likely the next day.  But like all such things, one has to be a bit careful.  With a nice stable high pressure sitting over the UK and nowhere for the aerosol to go but build up we can have dry and stable weather conditions with lovely red skies at night and in the morning.

I have run out of space to talk about other optical phenomena in our skies, and I would like to write again about rainbows as they fascinate me greatly, but I’ll leave that for another day.  However I cannot resist a final few lines about something that might lead you to one last piece of wider reading, the green flash.  No, it is not Marvel’s latest superhero, but probably a front-runner for the least-seen optical phenomena.  I have not seen it despite looking for over 30 years, and I would be interested to hear if any readers have – if so write in and let us know, it would be great to hear about it.

The green flash is an effect that happens for no more than a second on the horizon at sunrise or sunset.  If you have ever watched a sunrise or sunset in a wide open space over land or an ocean you see it is surprisingly fast.  When you have the ground as a close reference point you realise how fast the sun moves in the sky.  Just as the sun sets the light which is shining back up over the horizon, causes a sudden and very short lived flash.  Given what I have said above you might expect the flash to be blue.  But the blue light is preferentially scattered away from the observer, and so what you see is the next in the spectrum, the green light.

I have been told that it is better to see this from a boat on an open sea.  So every time I see a sunset with a clear horizon I wait and take a look.  I’ve done this all over the world in lots of different setting, but no luck so far.  I might not have seen a green flash but I’ve been very privileged to see thousands of the most beautiful sunsets.  If it is not a totally inappropriate metaphor you might, say every cloud has a silver lining.