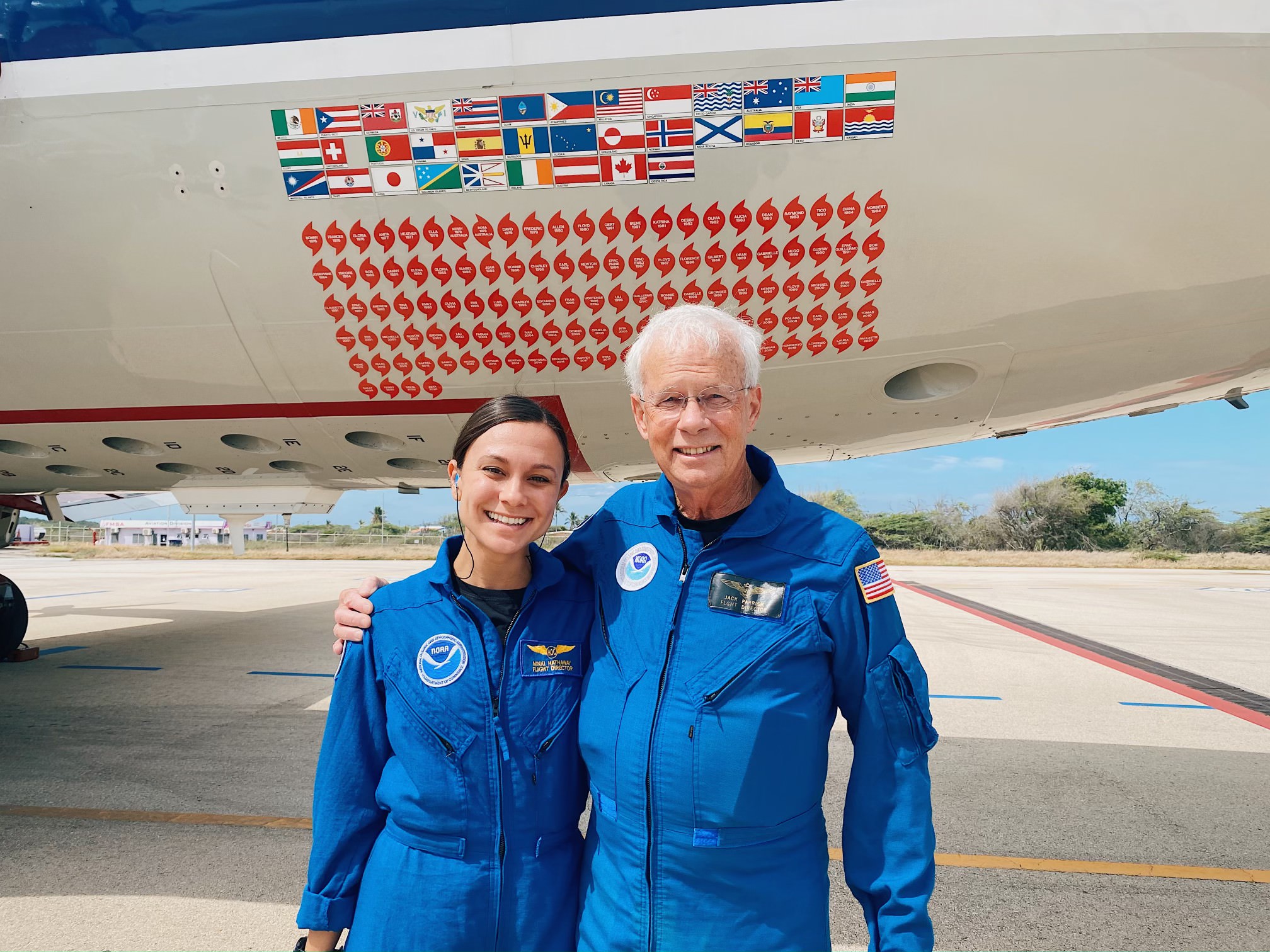 In an exclusive podcast for the Royal Meteorological Society, Kirsty McCabe chats to pilot Commander Rebecca J. Waddington and Flight Director Nikki Hathaway from the NOAA Hurricane Hunters. Find out what it's really like to fly through a storm, why the aircraft are named after the Muppets, and the hidden perils of the infamous blue flight suit.

Commander Rebecca Waddington is a senior officer in the NOAA Commissioned Corps and serves as the Chief of Flight Operations at the NOAA Aviation Operations Center while flying both NOAA’s Gulfstream-IV and King Air aircraft.

She was fortunate to be half of the first all-female Hurricane Hunter flight crew in both the Eastern Pacific and Atlantic basins. Recognising that women are a minority not only in aviation, but in several STEM fields, Commander Waddington participated in Homeward Bound, a global leadership initiative, to work with women from across the globe to address this issue. She is passionate about serving her country through her service in the NOAA Corps, and is proud to be an inspiration for women in aviation.

Nikki Hathaway is a Flight Director / Meteorologist with the NOAA Hurricane Hunters. This will be her third season flying into storms, but she is very familiar with tropical cyclones as she is a Florida Native. She has worked for NOAA for the past four years, formerly with the National Weather Service, and completed her studies at Florida State University.

You can watch videos of the Hurricane Hunters flying through storms on the NOAA website.