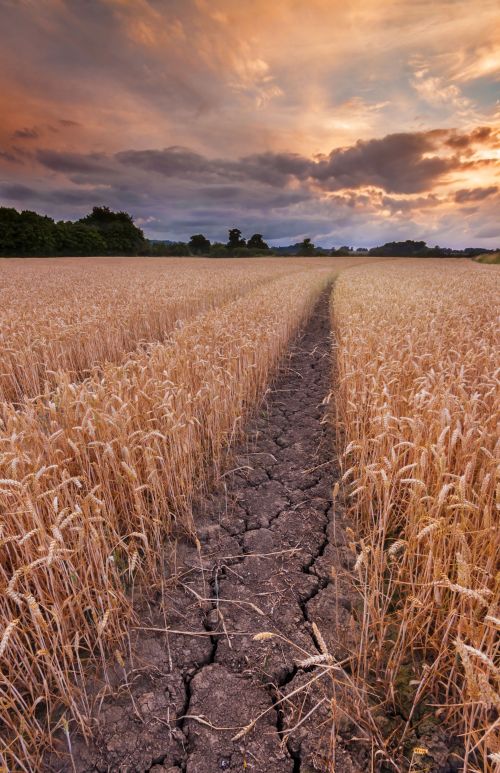 2016 marked the 40th anniversary of the 1976 drought, the driest 16-month period in over 200 years across the UK and one of the most severe droughts on record.

The exceptionally dry period began in May 1975 and lasted 16 months. From 22nd June to 16th July 1976, somewhere in the UK exceeded 25°C every day. Even more remarkable, for 15 consecutive days from 23rd June to 7th July 1976, temperatures in Britain reached at least 32.2°C every day. No previous or subsequent heatwaves have produced more than five days in a row where temperatures have climbed above 32°C. The hottest day of 1976 was 3rd July when temperatures hit 35.9°C. Much of England and Wales received less than 65% of average rainfall from May 1975 to August 1976, with some parts of southern England receiving less than 55%.

Extremely warm temperatures and sunny conditions during the summer of 76’ caused further depletion of surface and groundwater supplies over much of England and Wales. Thousands of standpipes were installed, and agricultural production was also affected as the countryside turned from green to brown. In East Anglia, the topsoil dried out so much that it started to turn to dust and was then being blown away. Eventually, a Drought Bill was pushed through with water restrictions put in place, forcing schools and businesses to close early at times due to the water rationing.

During the summer, parts of southern-western England did not receive any rain for 45 days. The prime minister finally named a Minister for Drought at the end of August. However, within three days of his appointment, wetter conditions eventually returned, with the drought ending in September 1976.

Notable other dry spells include May 2006, when a drought order was enforced over England and Wales for the first time since 1995, banning the non-essential use of water, such as watering the garden. Extremely dry conditions returned from 2010 to 2012, with this period considered one of the ten most significant UK droughts in the last 100 years. More than 35 million people were affected. However, the worst effects were avoided due to a reasonably cool summer in 2011. The 2010-2012 drought came to an abrupt end in April 2012. The water shortage problem rapidly reversed as record-breaking rainfall brought several flooding episodes across the UK from April to July 2012.

The 1975-76 drought is regarded as the most significant drought in the UK since records began back in 1772 and is usually regarded as a 'benchmark' against which all other droughts are compared. However, it is difficult to directly compare droughts as there are several characteristics to consider, such as duration, areal extent and intensity.

In our warming world, will such droughts become the norm?