Weather Photographer of the Year: Setting the scene – Drought

The meteorological definition of the word ‘drought’ is quite straightforward; a period during which less than normal rainfall is experienced. But those bare words cover a multitude of circumstances and hardships often suffered by the Earth’s poorest communities when they are exposed to it.

Droughts impact many aspects of life. In agriculture, crops may wither as the soil dries out, livestock may die either through lack of water or insufficient food, streams, rivers and lakes may cease to provide for local populations and groundwater supplies to wells may fail. When the vegetation becomes tinder-dry, wildfires are a risk and deforestation can make not only the effects of a drought more serious but can actually contribute to it as well. In parts of Texas, they are seeing rainfall reduced by a quarter and this is thought to be directly attributable to the removal of tree cover.

It is often difficult to determine exactly when a drought began or ended, but the people experiencing it certainly know when it is happening (image 1). 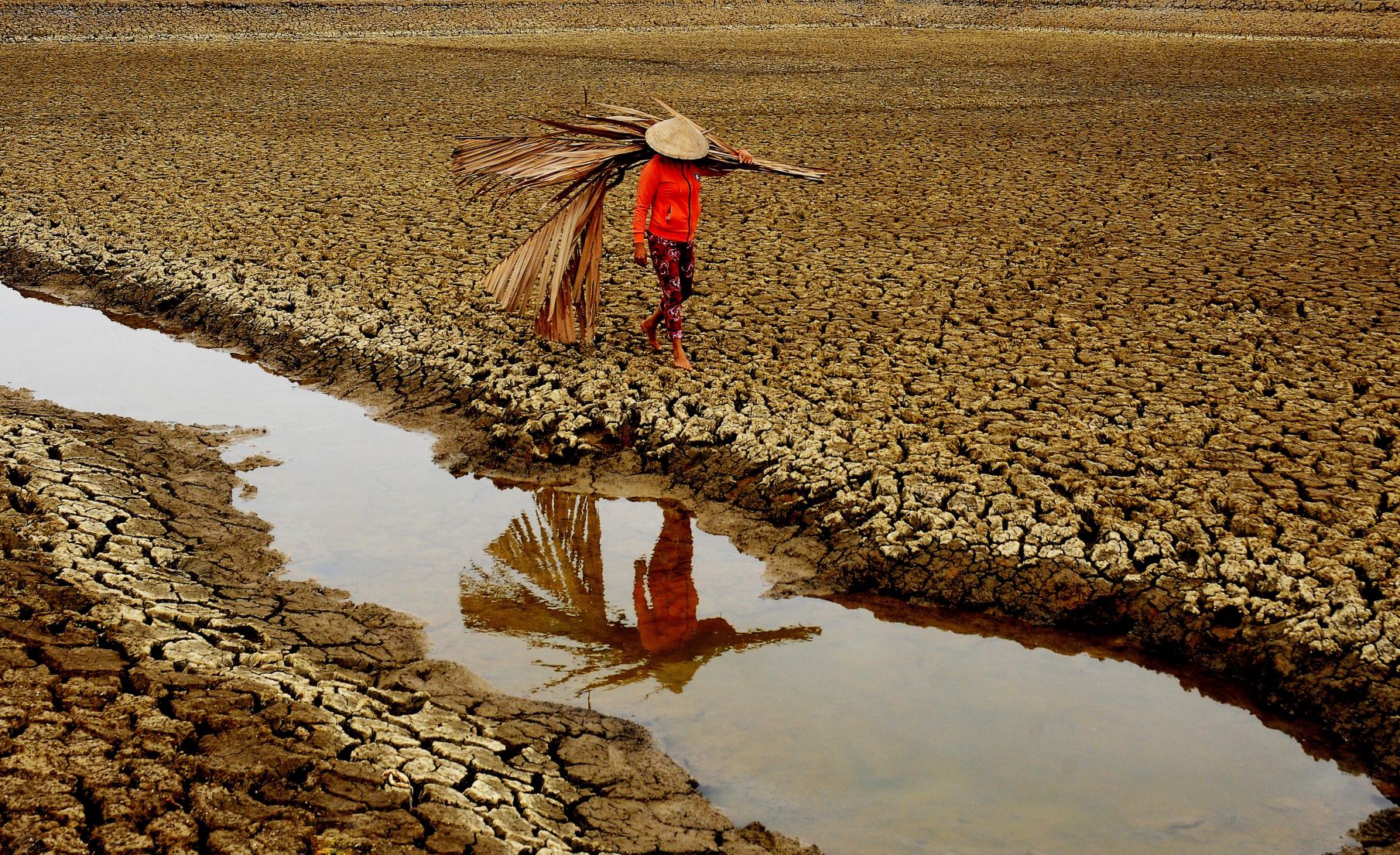 Some parts of the world experience regular drought conditions and depend on a ‘rainy season’ to top up water supplies every year. Bangladesh gets 80% of its precipitation in just four months, with the remaining eight months usually very dry. But other droughts can be prolonged and result from changes to the global circulation. One such example is the apparent link between the ‘La Niña’ phase of the El Niño Southern Oscillation (ENSO) and dry conditions over the southern United States of America.

Local effects can exacerbate the situation. With the Dead Sea (image 2) lying more than 400m below sea level, air blowing towards it sinks and the consequent pressure increase warms and dries it. This makes clouds and rain very unlikely; the average annual rainfall there is only 50mm; barely enough to fill a teacup! So, when the skies do darken, over parched land, it is worth recording! 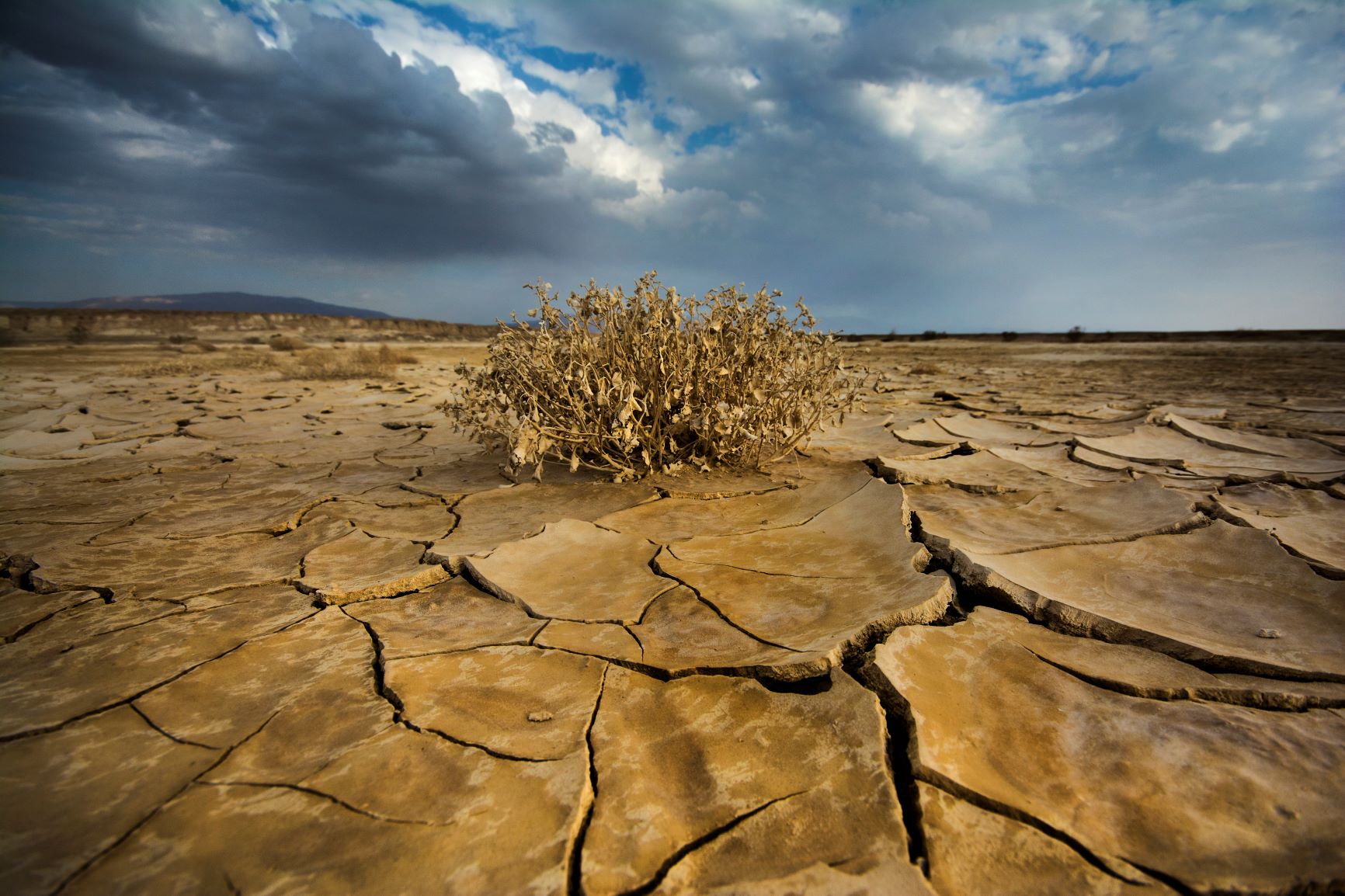 But what is it that creates the distinctive ‘marble’ patterning so often seen on dried out fields, lakes and river beds (image 3)? The answer lies in the space between soil particles usually taken up by water. When a surface dries out it shrinks as the water evaporates. Because the sun’s heat warms up the top levels most of all, it is that upper surface which shrinks the most. This leaves obvious cracks in the ground and is also responsible for the curvature of the dried mud ‘tiles’ seen in image 2. 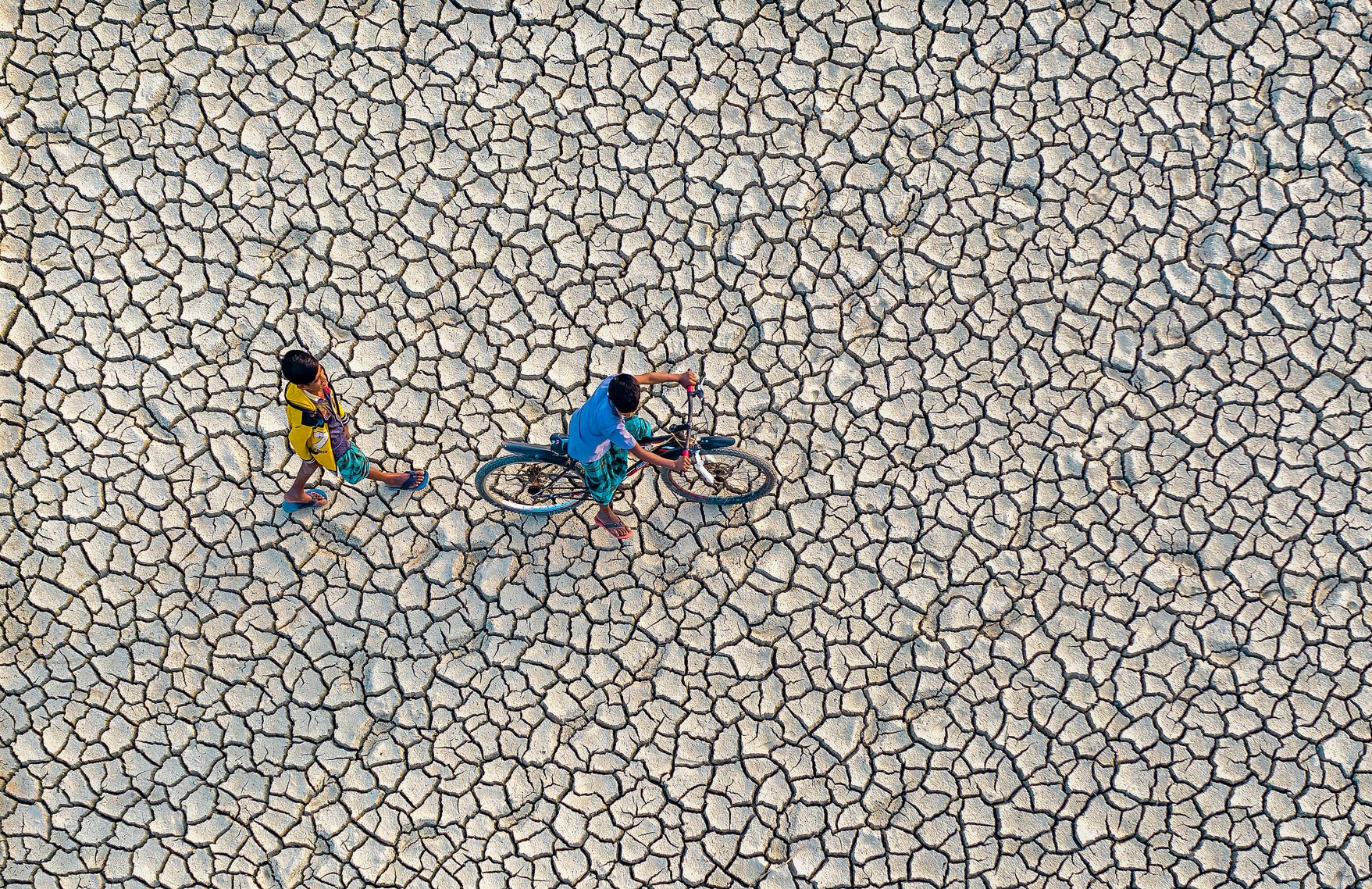 Possibly the only benefit of completely dry fields, like the one in image 3, is the fact that they can become short cuts between villages. Riding a bicycle across a lush, crop covered field would normally be frowned upon!

Categories: In the Spotlight
Tags: WPotY