Winter air masses in the UK

We tend to focus on fronts (cold and warm) when we talk about the expected weather. This is where you find most of the ‘action’ – rain, snow, strong winds and so on. Fronts are important, but most of the time our weather depends on air mass. These are large volumes of air in which characteristics like temperature and humidity remain fairly constant throughout. Fronts represent the boundary between two contrasting air masses, for example where mild and humid air from the Atlantic meets cold and dry air from Siberia. As a rule of thumb, the greater the contrast between the air masses the more ‘action’ is generated.

The properties of an air mass are dictated by where it develops, and there are three key requirements. You need a large volume of air sitting over a relatively consistent surface for a reasonable length of time. The terms ‘large’, ‘relatively’ and ‘reasonable’ are rather vague, but they indicate the inherent variability in the development process! True air masses rarely form over the UK, as we are too small and our land surface is too variable. Instead, our air masses form elsewhere and move towards us. This movement explains why air masses are sometimes referred to as airstreams. An airstream is simply an air mass moving towards us.

Once formed, air masses have the characteristics of their source region. Air mass characteristics vary seasonally, especially over land. In the winter, air masses from the ocean to the south start off mild and moist. Air masses from the east start off very cold and very dry. What happens next is very important as they move towards the UK, they change. The direction and speed of movement, and the surface over which the air mass moves govern the degree of change they undergo. If they move slowly over a surface that is very different from their source region, then they change a lot. Conversely, if they move rapidly over a surface that is quite like the source region, they change only a little.

Air from the south and west

This is known as a Tropical maritime air mass. It develops over the subtropical Atlantic and is initially warm and moist. It moves north and east over the sea, usually quite slowly. The sea ensures that it remains moist, but sea temperatures fall as you move north so it cools. This cooling is trapped close to the surface. Eventually condensation occurs and this leads to the formation of low stratus cloud, mist and fog, especially in southwest England. This explains Cornwall’s notorious ‘mizzle’. Most textbooks show tropical maritime as simply damp and drizzly, however, as it moves over land, it starts to dry out. This process is enhanced downstream of high ground. I am from northeast England, and I associate this airstream with dry, sunny and mild conditions! It all depends on your location. 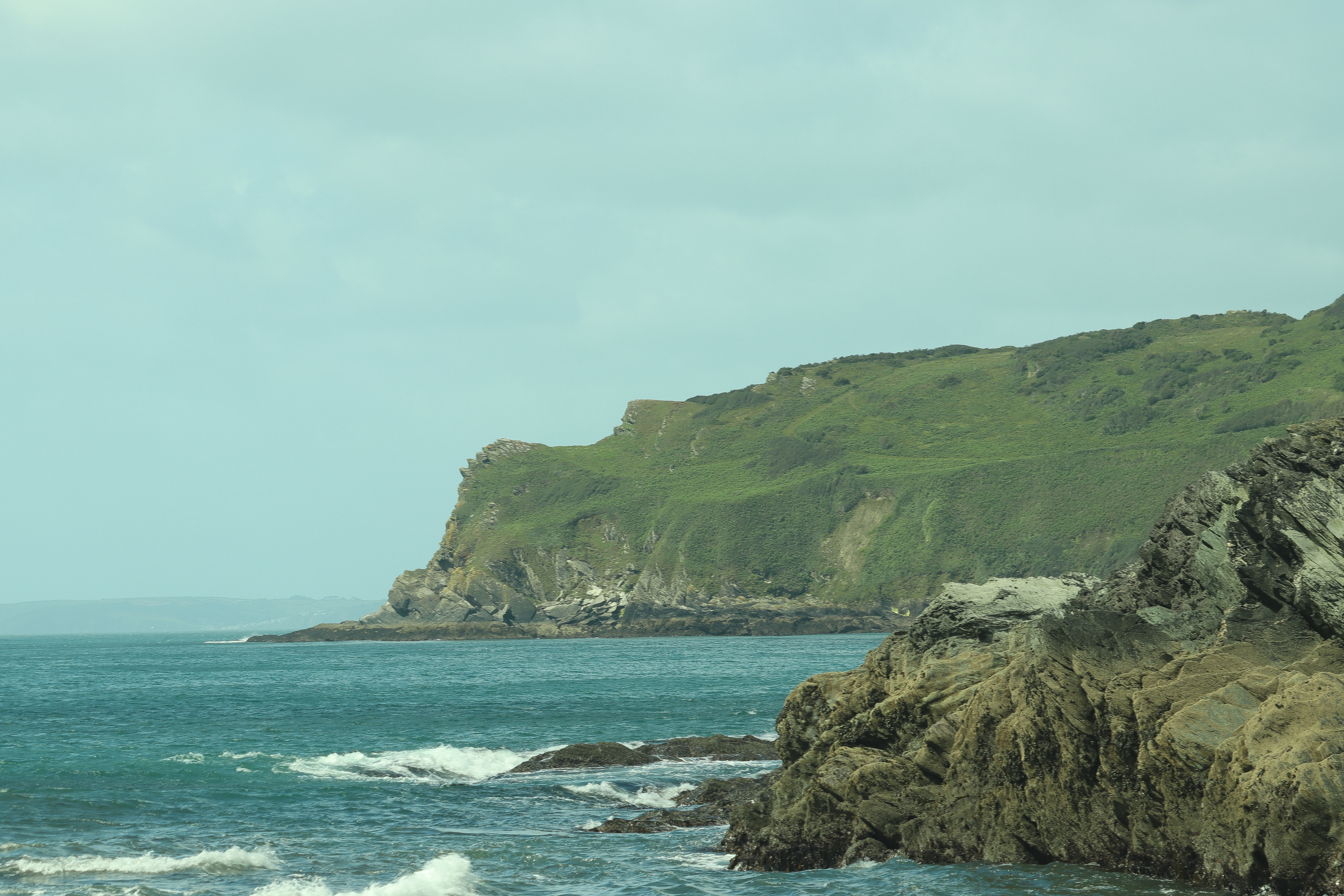 Tropical maritime air mass is very common and, if things are just right, it can give our highest winter temperatures, usually in north Wales or eastern Scotland. Note both areas are downstream of high ground.

Air from the north and west

This is known as a Polar maritime air mass. It develops over the Arctic Ocean and is initially cold and moist. It moves south and east over the sea and its speed of movement is quite variable. The sea ensures that it remains moist, but sea temperatures rise as you move south. More than that, a warm ocean current, the Gulf Stream, means that the sea abnormally warm to the north and west of the UK, which heats the air from below. This is transferred upwards by convection and produces cumulus and/or cumulonimbus clouds over the sea. These give showers of rain, sleet, hail or snow. Predicting which will fall is a challenge. It takes only a small change in temperature and/or humidity to move from one to another. The phrase ‘wintry showers’ was invented for this air mass!

The showers spread on to northern and western coasts, but as they move inland, the air is rapidly cooled and dried, so the showers begin to die out. How quickly they die out varies, but only rarely would they persist east of the Pennines or south of Midlands. Where there are no showers, it is dry and sunny but a bit chilly. A nice day for a walk but wrap up warm!

Tropical maritime and polar maritime are the dominant air masses for the UK.

Air from the north

This is known as an Arctic maritime air mass. This is a sort of Pm on steroids! It is initially very cold and moist. It moves rapidly south directly from the Arctic. The sea ensures that it remains moist. The rapid movement means that it warms very little before encountering rapidly rising sea temperatures. This heats the air producing very active cumulus and cumulonimbus clouds. These give heavy snow and/or hail showers and even an occasional thunderstorm. However, the land is very cold, and showers die out within a few kilometres of the coast.

Which coast depends on the precise wind direction. A wind slightly east of north and the east coast gets the showers, slightly west of north and the west coast is hit. A very small change can produce a very large effect. Wind slightly away from the coast brings a glorious sunny, clear and fresh day, although it will be seriously cold in the northerly wind.

A wind slightly on to the coast brings almost continuous showers of hail and/or snow. Am air masses bring a further complication known as ‘polar lows’. These are small low-pressure circulations that develop in the northerly flow. A polar low intensifies the shower activity and allows it to penetrate much further inland. A circulation like this can easily allow showers to cross the flat land of Norfolk and Suffolk bringing significant snowfall to southeast England, which is never a good thing!

Air from the east

This air mass is known as Polar continental. It develops over continental Europe but only rarely as far east as Siberia! It is very cold and dry, and passes over very cold, very dry ground until it hits the North Sea. Over the northern UK, if it is moving slowly enough, it can pick up enough warmth and moisture from the North Sea to produce snow showers. Further south, the sea track is too short, and a raw cold easterly wind sets in. 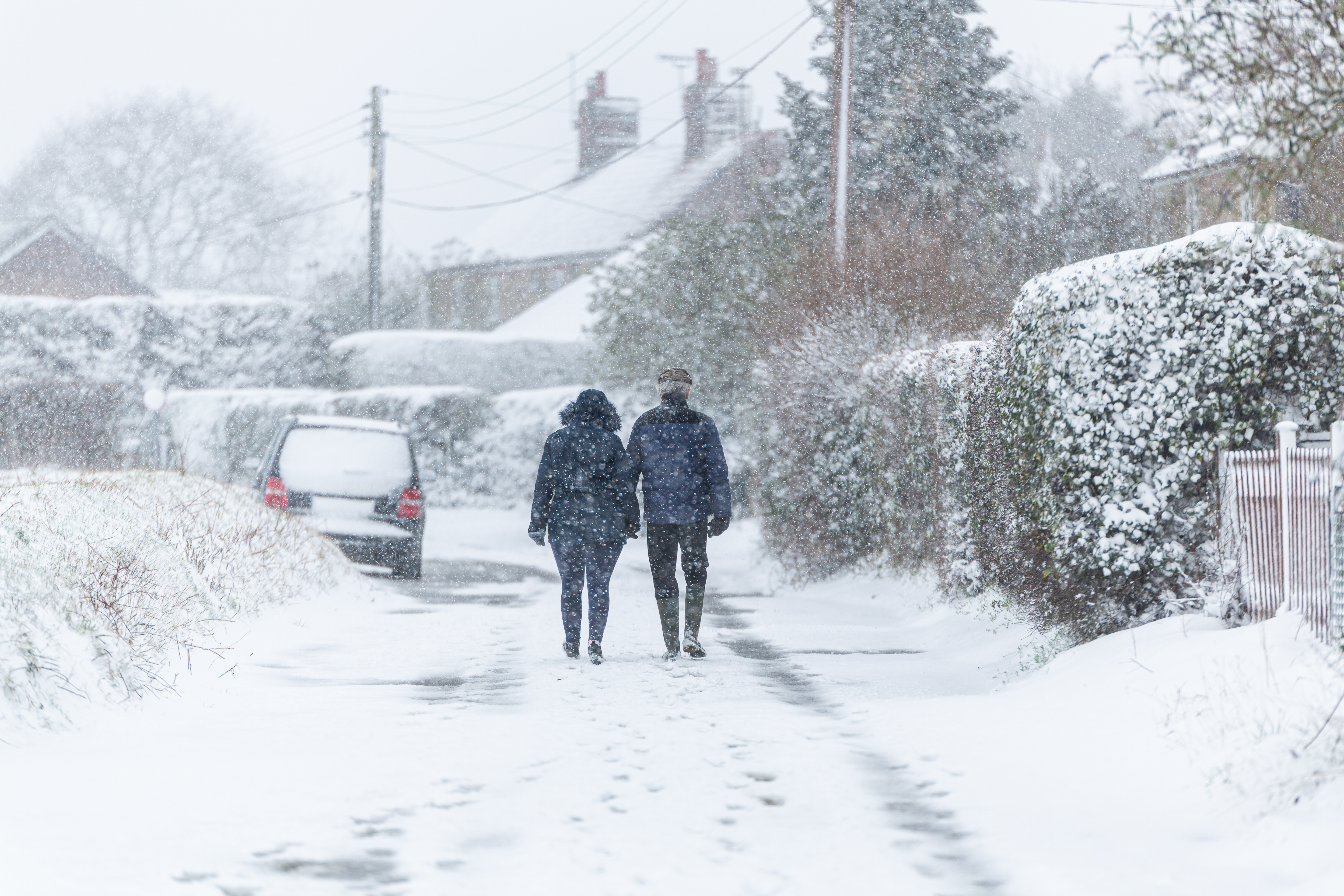 This is the almost legendary ‘Beast from the East’. We rarely get the kind of temperatures common on the continent, but they are low enough to get your attention. It rarely produces much in the way of snow as it is too dry. However, any lying snow will persist and interaction with other air masses, such as a Polar maritime coming in from the west, can produce very active fronts and the heaviest snowfall we see in the UK.

Air mass theory is a very useful tool. Some of it is obvious; warm air comes from warm places; dry air comes from the land. However, use it intelligently and it is an excellent first guess forecasting tool.