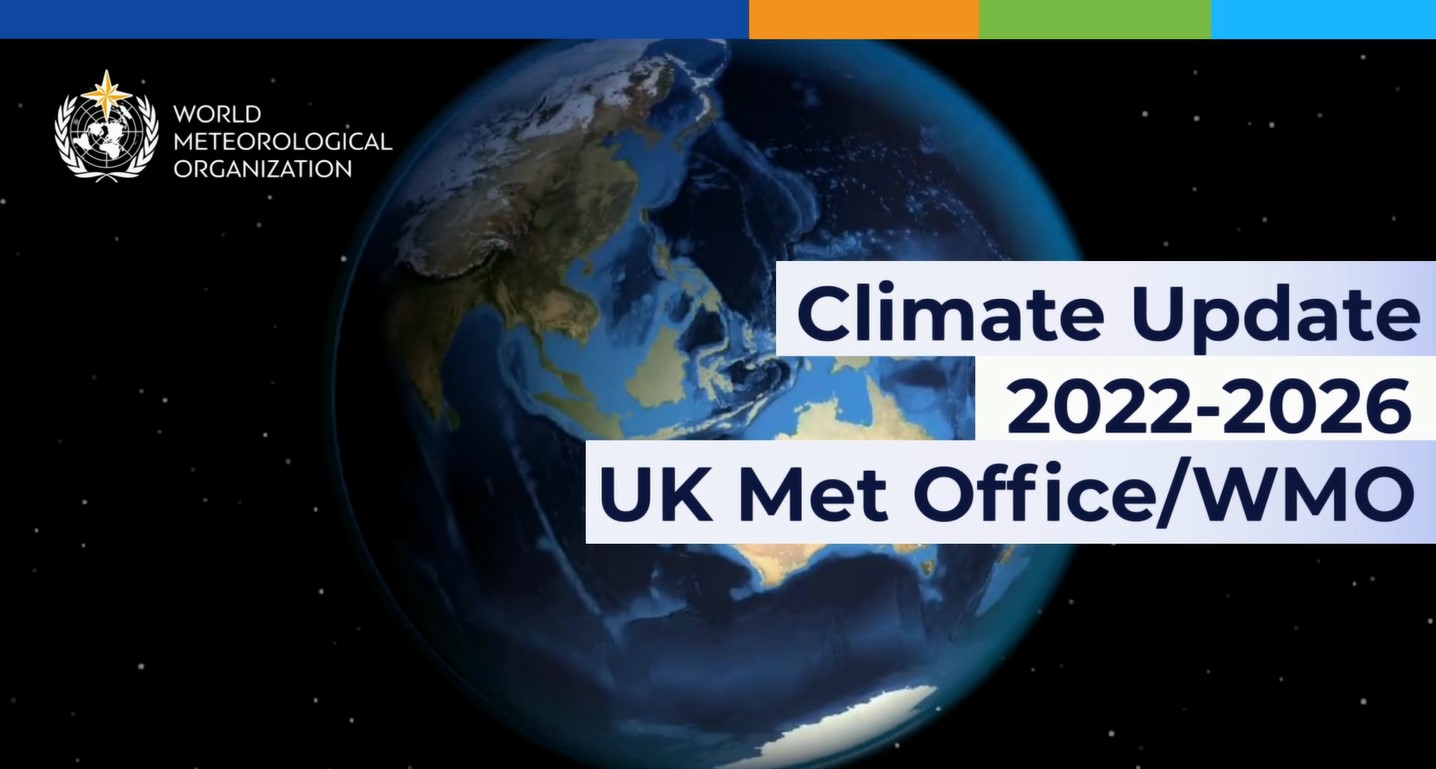 There is a 50:50 chance of the annual average global temperature temporarily reaching 1.5°C above the pre-industrial level for at least one of the next five years – and the likelihood is increasing with time, according to a new climate update issued by the World Meteorological Organization (WMO).

There is a 93% likelihood of at least one year between 2022-2026 becoming the warmest on record and dislodging 2016 from the top ranking. The chance of the five-year average for 2022-2026 being higher than the last five years (2017-2021) is also 93%, according to the Global Annual to Decadal Climate Update, produced by the Met Office.

“This study shows – with a high level of scientific skill – that we are getting measurably closer to temporarily reaching the lower target of the Paris Agreement on Climate Change. The 1.5°C figure is not some random statistic. It is rather an indicator of the point at which climate impacts will become increasingly harmful for people and indeed the entire planet,” said WMO Secretary-General Prof. Petteri Taalas.

The Paris Agreement sets long-term goals to guide all nations to substantially reduce global greenhouse gas emissions to limit the global temperature increase in this century to 2°C while pursuing efforts to limit the increase even further to 1.5°C.

The Intergovernmental Panel on Climate Change says climate-related risks for natural and human systems are higher for global warming of 1.5°C than at present but lower than at 2°C.

Dr Leon Hermanson of the Met Office led the report. He said:

“Our latest climate predictions show that continued global temperature rise will continue, with an even chance that one of the years between 2022 and 2026 will exceed 1.5 °C above pre-industrial levels. A single year of exceedance above 1.5 °C does not mean we have breached the iconic threshold of the Paris Agreement, but it does reveal that we are edging ever closer to a situation where 1.5 °C could be exceeded for an extended period.”

Back-to-back La Niña events at the start and end of 2021 had a cooling effect on global temperatures, but this is only temporary and does not reverse the long-term global warming trend. Any development of an El Niño event would immediately fuel temperatures, as it did in 2016, which is until now the warmest year on record.

The findings of the annual update include: