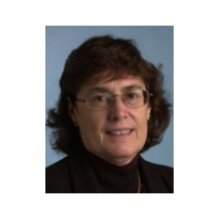 It is with great sadness that we have to report the death of Susan Ballard FRMetS on 15th July 2018. Susan had been an active member of the Royal Meteorological Society, serving on Council twice and as Associate Editor of Atmospheric Research Letters.

Susan obtained a first class degree in physics from the University of Durham and then undertook post-graduate research at the University of Oxford on remote sensing of the atmosphere of Venus. She joined the Met Office working on vortex dynamics for fundamental fluid dynamics, in the development of the formulation of the 15km nonhydrostatic mesoscale model and training forecasters on the interactive mesoscale initialisation. She worked at the JCMM (Joint Centre for Mesoscale Meteorology) at the University of Reading before leading the final development of the Met Office operational global 3D and then 4D-variational data assimilation schemes, and the development of the linear model for use in 4D-variational data assimilation.

In 2003 Susan returned to JCMM to lead the development of the convective scale data assimilation and nowcasting systems and exploitation of novel remote sensing data such as radar. In 2010 JCMM merged with Met Office climate science staff at University of Reading to become MetOffice@Reading. She led the development of the Nowcasting Demonstration Project for the London 2012 Olympic and Paralympic Games which ran in real-time using hourly cycling 4DVAR plus 6 hour forecasts at 1.5km resolution over Southern England and Wales.