Award for outstanding contribution in public outreach and communication

The Michael Hunt Award, which commemorates the achievements of Michael Hunt who was a TV weatherman, is given biennially (and not open in 2019) for excellence in increasing the understanding of meteorology or its applied disciplines among members of the general public. The call for nominations for the Michael Hunt 2020 award is now open. 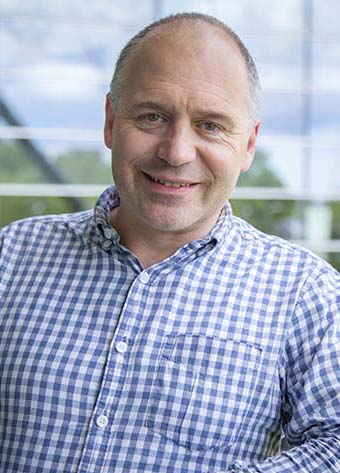 Professor Richard Betts has demonstrated excellence in increasing the understanding of climate change among members of the general public for many years, through extensive engagement in mainstream media, social media and public speaking at high-profile events, which reach a very wide audience.

Professor Betts has been interviewed in a vast number of reports for both written and broadcast media outlets and has spoken about climate change to numerous large audiences, for example at major festivals across the UK. Professor Betts also operates a popular Twitter account @richardabetts, which currently has over 20,000 followers with  a status of ‘Blue Tick’ account by Twitter, confirming its high popular interest and authenticity. His account was included in Time Magazine’s list of 140 Best Twitter Accounts in 2012.

In June 2019, Professor Betts was appointed MBE in the Queen’s Birthday Honours list for “services to understanding climate change”. Professor Betts acts as a bridge between two polarised groups, the so called ‘sceptics’ and the ‘activists’ and he has many followers in both camps. More generally, Professor Betts plays an important role by engaging widely with both environmentalists and sceptics, being trusted and respected by both. This is rare in the polarised world of online climate debate and so Professor Betts is a very worthy recipient of the Climate Science Communication Award.