I would like you to try a small experiment.

Put your hand close to your mouth and, with open lips, breathe on it as hard as you can. The air feels warm no matter how hard you breathe.

Now do the same thing, but this time with pursed lips and blow on your hand as lightly as you can. It feels cool no matter how softly you blow.

The temperature of the air in the body is approximately constant, and it is easy to see why air would be warm; your inside is warmer than your outside. However, why is the ‘blown’ air cooler?

Let us imagine a balloon that prevents mixing with the wider atmosphere and allows energy to move freely across its boundary but has no other effect on the contents. When air enters this balloon, it pushes against the atmosphere outside in order to inflate the balloon. It must push against atmospheric pressure. Now, pushing takes energy and in our imaginary scenario, the only way the air can get that energy is from within itself. Some of the kinetic energy of its molecules is given to the atmosphere. The energy has not disappeared. The atmosphere has been made infinitesimally warmer, but the air within our imaginary bubble is significantly cooled.

This is known as an adiabatic process. Adiabatic processes are very efficient and useful. For example, they are used in refrigerators as expansion leads to cooling, so compression leads to warming. A bicycle pump gets warm as you force air against a pressure force within the tyre. Theoretically, adiabatic processes are perfectly reversible. However, this is not true in the real world. A bicycle pump is warmed by friction as well as compression. However, it is not a wrong assumption in some situations.

More of that later. Let’s go back to our experiment and see what processes lead to the difference in temperature. 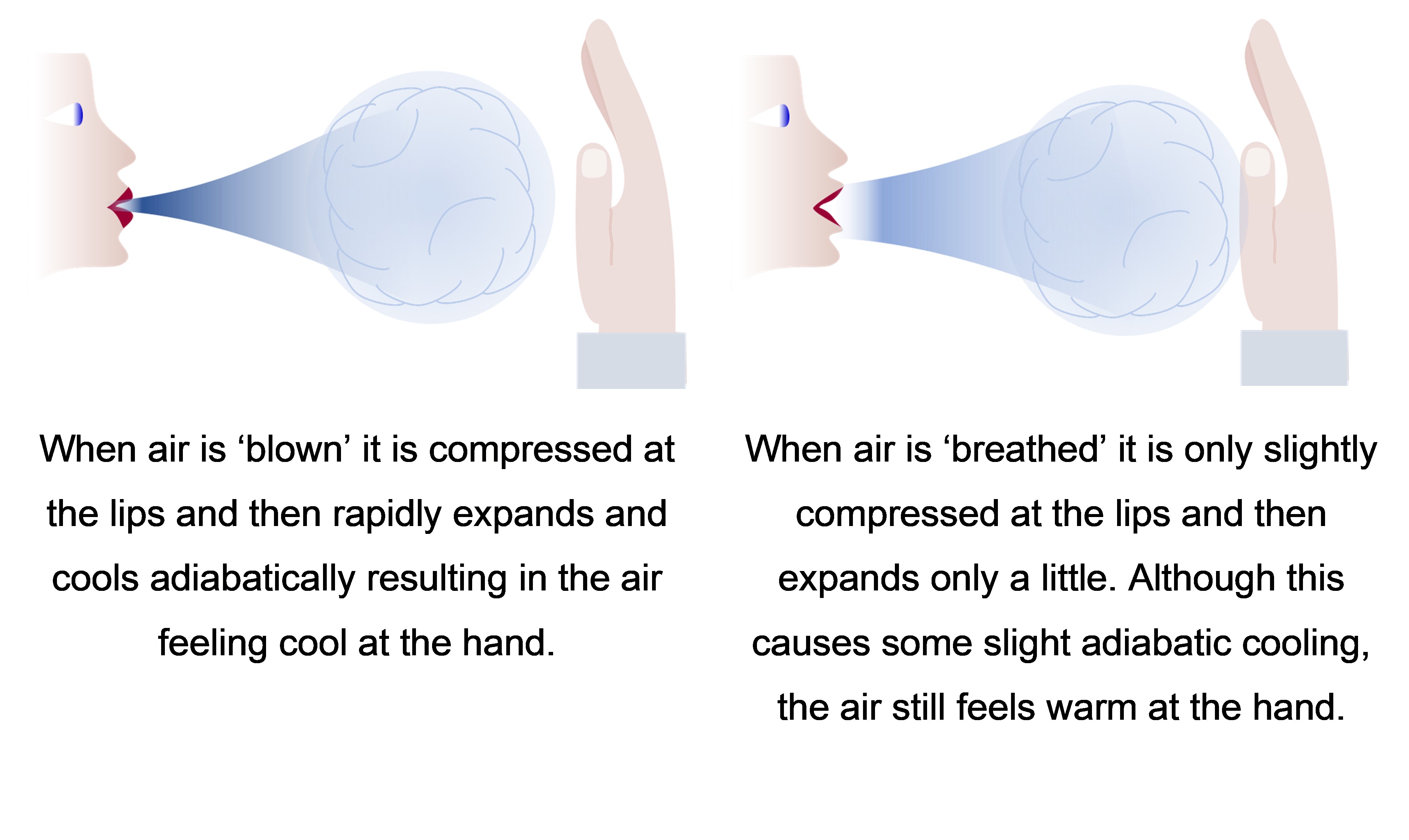 In meteorology, we use a concept known as an ‘air parcel’. ‘Air parcels’ share many characteristics with our imaginary balloon. Air pressure falls with height above Earth’s surface. Therefore, as an ‘air parcel’ rises, outside pressure falls, its volume increases and the ‘parcel’ cools. Whereas, as it falls, outside pressure rises, volume falls, and the ‘parcel’ warms. Of course, again, in the real world, a lot of other processes are going on too, but over a timescale of a few hours, the ‘air parcel’ concept is a reasonable and extremely useful approximation.

So, we know that rising air is cooling and that if air is cooled enough, condensation will occur, and clouds will form. But, on the other hand, sinking air is warming air, and if it is warmed sufficiently, the opposite occurs and clouds already present dissipate.

Of course, the problem of what makes the air rise and fall is a whole new ‘can of worms’ for another article.

This article has been contributed by Frank Barrow.